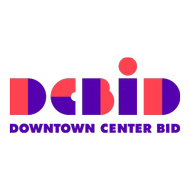 Downtown Los Angeles, known to many as the epicenter of cultural vibrancy and career opportunity in Southern California, was left facing an uncertain future in the wake of the pandemic. Once a city known to have the most supercommuters in the country, Los Angeles saw the smallest number of workers commuting to the city in 30 years.

Small businesses and major corporations alike shut down their office spaces indefinitely. Once referred to by the Los Angeles Times as youthful and rebellious, downtown was reduced to a ghost town.

Today, however, it is clear that Downtown LA is once again leading the charge when it comes to innovation on the West Coast.

As companies flock back to the Financial District, Bunker Hill and more, Downtown LA is once more brimming with world-class talent, exceptional amenities and an unbreakable spirit.

Bisnow spoke with Nick Griffin, executive director of Downtown Center Business Improvement District, to learn more about how the future of work shines bright for Downtown LA and what it has to offer for companies that have chosen to make it their home.

Bisnow: Your recently published DTLA Works office guide and report describes Downtown LA as the "economic heart" of LA and Southern California. Can you say more about that?

Griffin: DTLA is Southern California’s largest and most diverse commercial region, with 37M SF of office and creative space in an unparalleled mix of Class-A towers, historic buildings and industrial conversions. It is also home to a rapidly growing population of over 80,000 residents and welcomes nearly 10 million annual visitors.

Despite covering only 1.4% of LA’s land, DTLA is home to 350,000 jobs and features 743 retail businesses and 158 food and beverage options per square mile. It has an average walk score of 93 and sits at the hub of the region’s growing transportation network.

Bisnow: How is Downtown LA planning for the future of work?

Griffin: The future of work is being shaped by a range of factors at the intersection of people, places and spaces — how people work, in what kind of environments and how that all integrates with the rest of their lives is all being taken into consideration in the development of new office spaces. It’s about work-life balance and flexibility for individuals, productivity and collaboration for companies and dynamic growth for city centers like DTLA.

Bisnow: What types of spaces does Downtown LA have to offer companies of all industries and sizes?

Griffin: Once known mostly for traditional offices in high-rise properties, DTLA now boasts some of the most innovative spaces in a wide range of modern and historic building types.

Our Office Guide features case studies showcasing how office towers have been reimagined into some of the most creative and amenity-rich office environments available anywhere.

Bisnow: Are there any areas of Downtown LA in particular that you believe are poised to see new office leasing activity in 2022?

Griffin: As the DTLA office market has grown more diverse, so too have the prime locations for big office deals, including the Arts District, Historic Core, South Park and the Fashion District, each of which has its own unique character, amenities and attractions. We also expect Bunker Hill to maintain its position as one of the most attractive office locations in the region.

Bisnow: What types of companies are drawn to DTLA?

Griffin: The quality and diversity of DTLA’s offerings and the vibrancy of its neighborhoods and lifestyle are attracting an increasingly diverse mix of industries and companies. Once dominated by traditional sectors, growth in recent years has come from the creative and tech industries, which have drawn a broader mix of professional talent that has continued to reshape DTLA as a place of innovation and creativity. With companies like Adidas, Forever 21, Spotify, Honey and Warner Music planting their flags in various parts of DTLA, we are excited about the future.

Bisnow: What is the talent pool like in Downtown LA? What can companies expect if they move there looking for new hires?

Griffin: DTLA is accessible to the largest and most diverse talent pool in the region, and its 350,000 jobs span most every industry from finance and law, to technology and media, design, fashion and more. It is the hub of the region’s fast-growing transportation network and is surrounded by some of the area’s most desirable communities. DTLA itself has a residential population exceeding 80,000 and growing fast — up 37% from 2010 to 2019. Our Office Guide shows that 59% are between the ages of 30 and 54, and 55% have postsecondary education.

The full DTLA Works: A Guide to the Future of Office Downtown LA can be viewed at: https://downtownla.com/dtla-works-2022

This article was produced in collaboration between Studio B and Downtown Center Business Improvement District. Bisnow news staff was not involved in the production of this content.

Downtown LA DCBID
Founded in 1998, the Downtown Center Business Improvement District (DCBID) has been a catalyst in Downtown Los Angeles' transformation into a vibrant 24/7 neighborhood. A coalition of nearly 2,000 property owners in the Central Business District, the DCBID members are united in their commitment to enhance the quality of life in Downtown Los Angeles. Bounded by the Harbor Freeway to the west, First Street to the north, Main and Hill streets to the east, and Olympic Boulevard and 9th Street to the south, the organization helps the 65-block Central Business District achieve its full potential as a great place to live, work, and play.
Confirmed! You are subscribed to the Bisnow Los Angeles E-Newsletter.
Most Read Stories
More Top Stories
Bisnow LA Newsletter
Bisnow LA Newsletter