Capitalizing on the growing creative industrial trend, BLT Enterprises has purchased a 16,500 SF industrial building in Santa Monica to convert into a creative office property.

The Santa Monica-based BLT acquired the property at 1601 Olympic Blvd. from a private family trust for an undisclosed price, according to commercial real estate data site Reonomy. 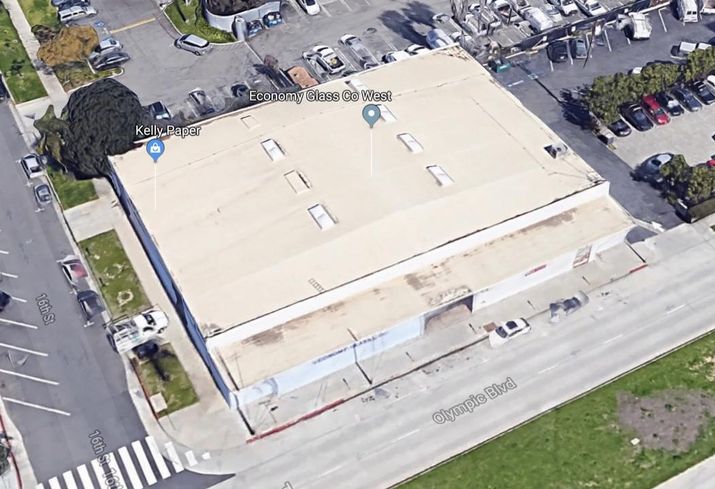 Santa Monica and West Los Angeles are seeing an influx of media companies looking for and scooping up warehouse space for creative office. Google, Amazon and Apple are among several companies that have leased up office space in nearby Culver City.

The newly acquired industrial building is leased to a paper company and glass and mirror shop. The building sits on 26K SF and is within a short distance of a Metro line.

“This acquisition, which happens to be located across the street from our company’s headquarters, aligns with our firm’s strategy of purchasing well-located but underutilized assets and redeveloping or converting them into modern properties that better serve the business community,” Huberman said in a news release. “Creative-office tenants are seeking space in the thriving Santa Monica market that offer amenities to help them attract and retain the best talent, and we are experts in providing this space.”

In a follow up email to Bisnow, a BLT spokeswoman said the company plans to invest $3M to convert the building.

The renovated space will be a creative office with an industrial feel, offering tenants a mix of open space, private offices, phone booths and break rooms, according to the spokeswoman.

BLT expects to deliver the property by the first quarter of 2020. 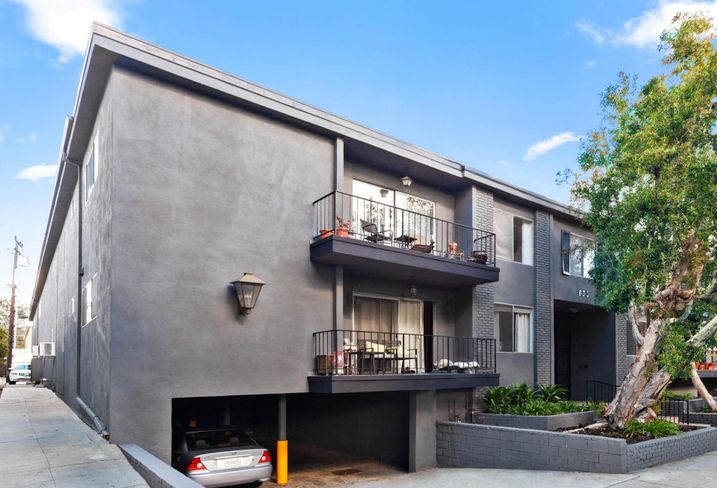 A private investor has purchased a 14-unit apartment property in Santa Monica from an undisclosed seller for $8.5M. Built in 1969, the apartment building at 833 20th St. closed with a cap rate of 3.4% and $607K price per unit. The price is one of the highest per unit prices in the past 18 months in Santa Monica, according to the broker. Stepp Commercial’s Kimberly Stepp represented the buyer and seller.

A private investor has purchased a 19-unit apartment building in Glendale from an undisclosed seller for $7.6M. Built in 1987, the building at 714 East Acacia Ave. consists of 19 two-bedroom, two-bathroom units. CBRE’s Priscilla Nee represented the seller.

Prime One Enterprises has purchased a 44-unit apartment building in Winnetka from Susses Capital Group for $12.55M. The Park Regency is a two-story building at 7500 Mason Ave. Built in 1984, the building features 36 one-bedroom units, four two-bedroom units, two three-bedroom units and two studios. It is 97% occupied. Stepp Commercial’s Darin Beebower represented the seller and the buyer.

In all-cash deal, a private foreign investor has acquired an 8,050 SF mixed-use property from an undisclosed seller in Pasadena for $5.18M. The medical and retail strip center is 100% occupied by tenants including Pizza Hut, Subway and VCA Animal Hospital as well as a dental clinic and nail salon. CBRE’s Alex Kozakov and Patrick Wade represented the seller. 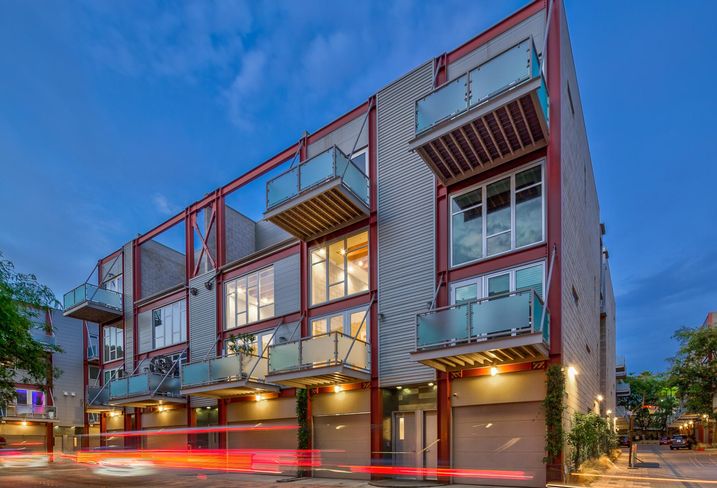 Courtesy of Lee & Associates
The Enclave at 3450 Cahuenga Blvd. in Studio City

On behalf of BLDG Partners, Lee & Associates-LA North/Ventura has arranged the sale of eight live/work condominiums to three buyers at The Enclave at 3450 Cahuenga Blvd. in Studio City for a total of $10.42M. A private investor purchased five of the condominiums totaling 11,630 SF. Nonprofit organization Children of the Night acquired two units totaling 4,282 SF, and the National Association of Theatre Owners purchased one 2,361 SF unit. Lee & Associates’ Darren Casamassima and Scott Romick represented the buyers and seller.

A private investor has purchased a 10-unit multifamily building in Santa Monica from an undisclosed family trust for $4.5M. The apartment is at 829 Euclid St. Transwestern Commercial Services’ John Swartz and Josh Kaplan represented the buyer and seller.

A private investor has purchased a six-unit multifamily community in Simi Valley from the Strathearn Trust for $1.4M. Built in 1948, the building at 2909 School St. consists of six one-bedroom, one-bathroom bungalows and sold in an all-cash transaction. Marcus & Millichap’s Jason Tuvia and Herschel Weintraub represented the buyer and seller.

An undisclosed buyer has purchased a 16-unit apartment complex in El Segundo from a private investor for $5M. The property at 436-440 West Imperial Ave. consists of all two-bedroom, one-bathroom units. The new owner plans to renovate the interior and exterior, according to the brokers. CBRE’s Mike McKinney, Nancy Bush and Mark Okuma represented the buyer and seller. 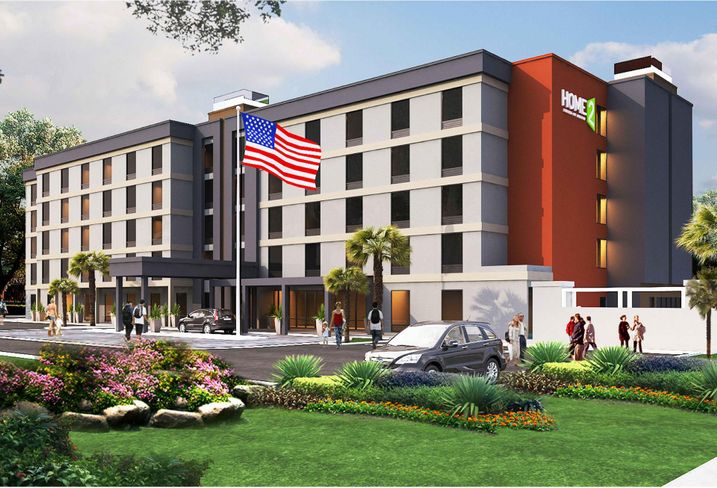 Courtesy of CBRE
Rendering of Homes2Suites hotel at 13650 Harbor Blvd. in Garden Grove

On behalf of Garden Grove Hotel LLC, CBRE has arranged $15.5M in financing for the development of a five-story, 124-unit Homes2Suites hotel at 13650 Harbor Blvd. in Garden Grove. CBRE’s Bruce Francis, Dana Summers, Doug Birrell, Bob Ybarra, Shaun Moothart and David Stinebaugh facilitated the loan on behalf of Garden Grove Hotel. The debt has an 18-month floating period during construction and will subsequently convert into a fixed-interest-rate loan for 36 months with two one-year extension options, according to CBRE officials. The hotel is set to be completed by 2020.

On behalf of an undisclosed borrower, NorthMarq has completed an $8.1M refinance of two student housing properties near the University of Southern California in Los Angeles. College Corner is a 28-unit student housing property at 1204 and 1208 West Adams Blvd. and University Housing contains 27 units at 2126-2150 South Oak St. and 867-889 West 23rd St. Northmarq’s Ory Schwartz arranged the financing.

CORRECTION, JUNE 26, 10:35 A.M. PT: A previous version of this story had the wrong brokerage in one of the deals. Bob Dubbins is with Lee & Associates. The story has been updated.