Can Micro Retail In Coworking Lift The Sector Out Of Crisis?

A few years ago, De Leon worked as an educator at a nonprofit, but wanted to start her own flower shop. After looking at the retail spots in the North Park neighborhood of San Diego, she says she felt hopeless. 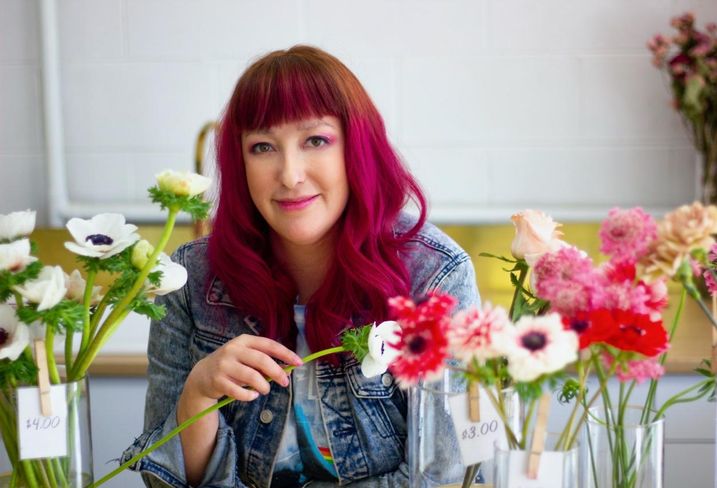 "I looked at the more traditional retail spaces, and I was like, 'I cannot afford this,'" De Leon said. "Aside from the rent, building out a location would cost about $40K, and I still need money to keep the business afloat while waiting for clientele and customers. I was looking at [spending at least] $100K.

"I worked in nonprofit education," she said. "It was very discouraging."

Walking around the same neighborhood, she saw a building with a small ground-floor lounge. She approached the owner and asked if it was available.

It was the start of her business endeavor.

Since founding Union Cowork in the North Park area of San Diego in 2012, Union Cowork CEO Jamie Miller has helped small-time retail tenants get off the ground by leasing them space on the ground floor of his coworking locations. He calls it "micro-retail."

"It's critical for us, because part of our brand identity includes the makeup of all kinds of businesses," Miller said. "The shift of retail to online sales has decimated the malls. We find there's a lot of value to have a retail street presence in a mixed-use commercial environment."

Miller is opening his newest location in the Arts District neighborhood of Los Angeles in mid-March. It will be his second coworking spot in Los Angeles and seventh total. He has six other locations across San Diego.

The two-story, 30K SF building at 1325 Palmetto St. in the trendy Arts District neighborhood is a former produce distribution warehouse built in the early 1900s that is being converted to a mixed-use coworking and micro-retail use. The building is slated to open in mid-March.

Union Cowork will offer traditional coworking/flex office spaces, conference and meeting rooms and, to make it fit the vibe of the Arts District, a podcast room, community and event space, and full kitchen amenities. 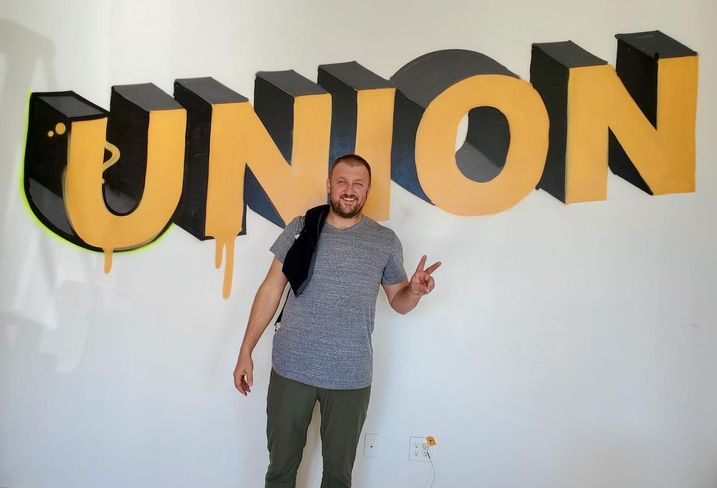 The ground-floor retail will offer a diverse array of tenants from coffee shops, to fashion, to diners to experimental concepts. Ideally, Miller is looking at signing 12 to 15 different tenants to occupy space ranging in size from 300 SF to 3K SF. So far he has nine tenants signed up.

"We're really all about the totality," Miller said. "Having communities made up of different groups to be able to open retail makes it more diverse, which is better."

As coworking becomes more integrated in the office and mixed-use space and retail on a decline due to e-commerce, it seems fitting that the two could work in conjunction. Coworking is credited with helping young startups lease out small office space at an affordable and flexible price.

Retail could use something similar, Miller said, since the average cost of starting a traditional retail business is around $100K, according to reports.

While some coworking spaces do display or make room hosting temporary pop-ups, Miller said he  believes he might be the only coworking outfit that integrates retail.

"The main challenge for most coworking companies is that the cost of ground-floor real estate is more expensive," he said. "The bigger coworking companies will try to pick off the seventh or eighth floor but don't have that presence on the ground floor.

"We're willing to pay the extra step," he said. "For our brand, it's critical that we are of the neighborhood and have a presence on the street."

Last year, when Landon Nash was looking for places to set up a retail shop, rather than choose a traditional retail location, he chose to set up shop at the soon-to-be-built Union Cowork in the Arts District. Nash, the CEO of Tact & Stone, a sustainable men's clothing line, liked the idea of having space in a coworking building. 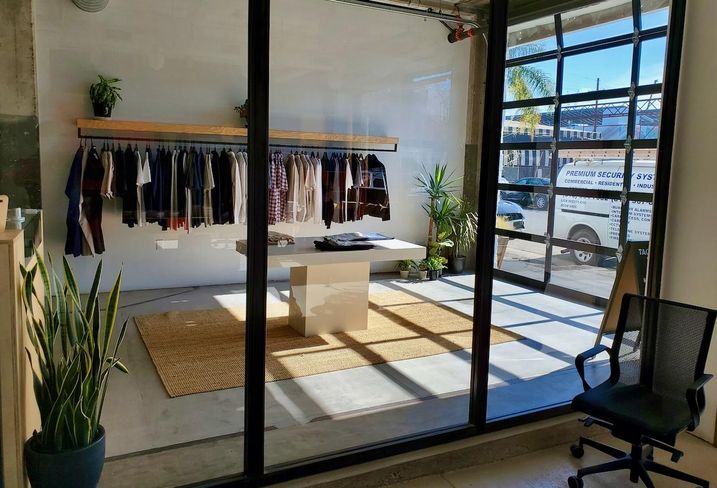 "A cowork is where you can get people from a diverse background doing different things," Nash said. "I'm able to highlight the product and the message that we're trying to communicate to the wider market."

Nash was a residential real estate agent with Redfin and Compass before opening his own business.

"It's a lot cheaper," Nash said at setting up Union Cowork. "It also had to do with the location. There's not a lot of heavy foot traffic, but it fit all of my needs. I don't view this as a big driver of my business. I'm relying on e-commerce. But it's a great place to showcase my products when people are there or for potential investors or other meetings."

For De Leon, the nonprofit educator, setting up a micro retail flower shop at Union Cowork's North Park location taught her about how to start a business from the ground up.

"I had always wanted to do something fulfilling," she said. "I love flowers and I’m a very artistic person. I’ve always known what I wanted to do. I had to be able to work with my hands and be creative on a daily basis."

De Leon signed a month-to-month lease with Miller in 2017 to set up Sage Sisters, a boutique flower shop in a 225 SF micro-retail space.

During that time, she was able to see if her concept was sustainable and profitable, and learn who made up her customer base. She also gained the ability to network and talk about the trials of operating a business with other entrepreneurs who occupied the coworking space.

"My rent was so small that I could cover the cost," De Leon said. "With my savings and some freelance education work, it made the entry into the space easier than having this huge amount of overhead if I had rented out a traditional retail store."

Miller said depending on the retail outfit, a micro-retail lease at his buildings could cost as little as $500 a month with a month-to-month duration. Electricity is included. He doesn't ask for a lengthy background check, credit checks or the tenants' business record. He does ask for a personal guarantee that the tenant can make rent.

"We want to remove the physical and mental barriers placed in front of most people wanting to start a new business," Miller said.

De Leon has recently left her micro-unit at Union Cowork for a 900 SF retail space in that same North Park neighborhood. She outgrew the location, she said.

"I started off with a 225 SF space, then I was able to rent out a backroom area," she said. "My retail part was becoming a bigger source of income … I had enough business to look for a new retail space. I was able to grow my audience organically and test the market. It’s a great incubator, especially for retail."

She said she hopes other coworking outfits integrate retail space.

"I hope that this movement takes off," she said. "It’s a great concept. We need more creative ideas to get people to start their physical businesses. Our cities need them. It’s part of having a thriving city. This might be a solution to the retail crisis."