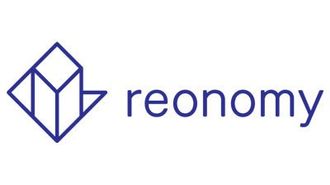 Automobile ownership in the U.S. will hit its peak in 2020, according to a report from the Rocky Mountain Institute. City residents also are more likely to abandon private vehicles in favor of improved transit options.

The shift in how Americans get around will do more than impact the automobile industry. It will reshape cities that have for decades built infrastructure designed to encourage car ownership.

The U.S. established minimum parking requirements in the 1950s, mandating off-street parking spaces in zoning and building codes. City governments began to require developers to build large spaces adjacent to their buildings reserved for parking. Apple’s new campus in Cupertino, California, was ordered by the city to incorporate 11,000 parking spots into a new facility that had originally promoted the conversion of these empty lots into green spaces.

Determining how many spots are needed for each building is part government legislation, part pseudoscience, UCLA urban planning professor Donald Shoup said in a Vox video. There is a set number of parking spots needed for every building-specific metric. For a hospital, the ratio would be 1.8 parking spaces per bed. For a golf course, three spots per hole.

The required space for human drivers to pull into a parking space also factors into the overall square footage. The average parking spot requires 330 SF. Adding additional spaces will quickly push the size of the lot well over the footprint of the building.

Enact these requirements for each commercial building and properties will quickly spread farther apart, requiring a car to travel between destinations.

Los Angeles is a case study for how proliferation of parking fuels urban sprawl. LA County covers 4,700 square miles and 88 incorporated cities. Parking covers 14% of that area. As the cities continue to grapple with an affordable housing crisis and a lack of construction space, parking lots waste potential development space.

There are over 12,000 parking lots and structures within a 20-mile radius of Downtown LA, according to Reonomy’s database. Many of the structures are concentrated in the denser downtown area and are not associated with residential development.

Plentiful parking contradicts the City of Los Angeles’ $120B plan to overhaul its transit system. In walkable areas that should encourage using trains, bicycles and buses, the prevalence of parking spaces keeps residents in their cars and the roads congested.

Parking lots and structures are a wasted economic opportunity. A prime, downtown 76,700 SF parking structure at 843 South Broadway, for instance, has a total assessed value of over $7.5M. Under LA zoning code C5, the parking structure is zoned for commercial use that allows for retail or apartments.

Architecture firm Gensler and developer AvalonBay Communities are looking into the future of one parking garage in the Los Angeles Arts District. The garage will feature level floors instead of ramps so developers can later repurpose the space for shops, a gym and a theater. Ceiling heights are planned to reach 13 feet to accommodate future offices and the exterior of the building is consistent across its floors for the future addition of windows.

While the current building will have lined stalls at street level and two floors underground to store nearly 1,000 cars, Gensler and AvalonBay are ready for a future where rentable cars will be roaming the city 24/7.

Parking lots cover 30% of America’s cities, collectively the size of West Virginia. For CRE, it is an opportunity for new initiatives in mixed-use development and to transform urban centers into walkable social hubs of the future.

Brokers can rely on Reonomy’s library of public and private partnership property information to focus on potential parking structures worth adapting into mixed-use or multifamily projects. Users can access tax information, ownership history, zoning codes and comps that help determine what can best replace the empty lots once car-sharing and automated vehicles transform how Americans get around.