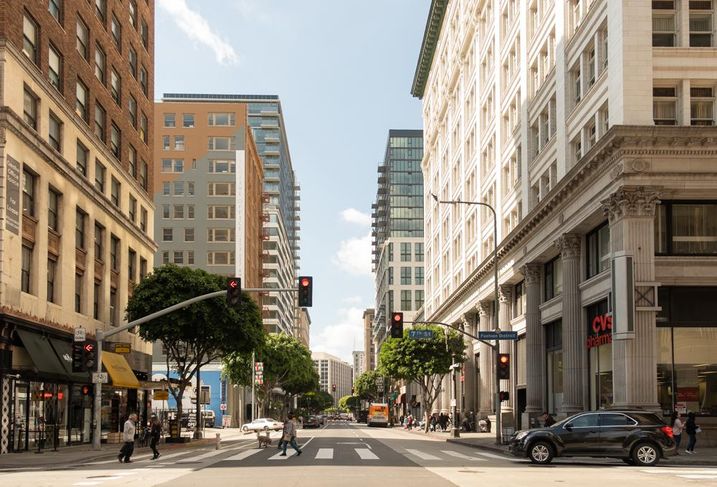 Zoning laws and building codes usually stay in the hands of city officials who dictate the ways architects and developers are allowed to bring their projects to life.

But in Los Angeles, one architect refuses to accept the status quo and has spent more than a decade working to reshape the policies that shape her home.

“We identify the things that aren’t working during code implementation and come up with a plan for how to fix them,” Karin Liljegren said. “If there are codes or policies in place that are standing in the way of our projects, we develop a solution — not just for the good of our projects, but for all existing buildings, future projects and the city as a whole.”

Liljegren is the founder and principal of architecture and interior design firm Omgivning, and her specialty is adaptive reuse projects. She explained that much of the legwork of reuse projects involves bringing an older building up to compliance with current building codes. That transformation is difficult, she said, sometimes bordering on impossible. It was this challenge that first inspired Liljegren to get involved in government policy.

In 2002, Liljegren was asked by the Los Angeles Building Department to help transform the Adaptive Reuse Ordinance guidelines for building and fire code regulations into Los Angeles city code. As the lead designer for some of LA’s earliest ARO projects, she was able to bring real-world experience that helped city officials better understand and interpret the ARO and its impact.

Today, Omgivning is working on new policies that will help LA developers keep buildings safe without breaking the bank.

For instance, even though LA is an active earthquake zone, many buildings throughout the city were constructed out of non-ductile concrete. In 2014, the city issued a new ordinance mandating seismic retrofits. In the last five years, only 30 of the 2,000 buildings that were targeted by the ordinance have submitted retrofit plans for review. Omgivning set out to discover why. The team found that the ordinance had significant unintended consequences, and owners were opting not to comply thanks to unexpected costs and schedule delays.

Omgivning convened a group of experts, collected data about costs, lender requirements, unforeseen conditions and code interpretations and joined forces with the Mayor’s Department of Economic Development. The firm is now overseeing a private stakeholder team that is creating incentives to help developers offset the added costs of these retrofits and encourage them to comply.

The Omgivning team is also working on updating some of LA's most outdated building codes that are not only holding back projects, but potentially putting residents at risk. 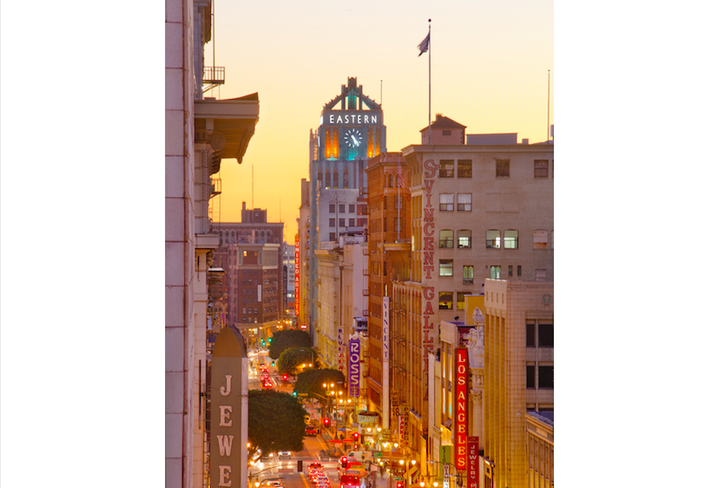 Take, for example, Los Angeles County’s pool enclosure codes, which Liljegren explained have been troublesome for years and especially frustrating for architects. The county’s interpretations of state codes had gotten increasingly restrictive, to the point where hotels could not have a walk-up bar by their pools.

“It might sound insignificant but the experience we have as Angelenos poolside is a major part of our culture," Liljegren said. "So, we consulted with other architects, developers and the Central City Association to come up with suggestions for how the code could be reformed to benefit all pools around the county."

The reforms the Omgivning team proposed will allow hotel designers to place bars within pool enclosures, and address real-world safety concerns. In the outgoing version of the code, parents and children could be unwittingly separated during swim time due to separation of access to uses. The reforms Omgivning suggested eliminate that issue.

Omgivning also played a major role in drafting policies to revitalize Broadway, LA’s most iconic historic district. In the late 2000s, over 2M SF of upper floor space along seven blocks of Broadway were totally vacant. Liljegren and her team joined forces with Councilman Jose Huizar’s Bringing Back Broadway Initiative to determine what was keeping the area from realizing its potential.

They had experienced how the State Historic Building Code was too vague and not being used, so they set out to create clear interpretations that could be better applied to Broadway’s historic buildings. The result was the Historic Broadway Commercial Reuse Bulletin.

“It helped pave the way for the escalation of Broadway’s surge in growth,” Liljegren said.

Since then, Omgivning has worked on more than 30 projects on Broadway, helping transform the area into a vibrant section of the city filled with up-and-coming retail, restaurants, office spaces and hotels.

“We understand that building codes cannot really be changed, they are mandated by the state,” Liljegren said. “Our approach is to work within the codes and come up with creative ideas for reform based on interpretations that make sense, save money and keep everyone safe.”

This feature was produced in collaboration between Bisnow Branded Content and Omgivning. Bisnow news staff was not involved in the production of this content.

Omgivning
Omgivning is headquartered in DTLA, but our passion extends to transformations all over. Our architecture and interior design staff have touched almost 350 projects, from small local cafes to a two-million square foot historic landmark. We’re in love with the beauty of old high-rises, warehouses, theaters, department stores and plenty else. From these, we create programmatically rich hotels, multi-family housing, restaurants, bars, creative offices and more, plus custom furniture for many projects.
Confirmed! You are subscribed to the Bisnow Los Angeles E-Newsletter.
Bisnow LA Newsletter
Bisnow LA Newsletter