Where Is Multifamily in the Current Real Estate Cycle? 11 Top Power Players Weigh In

The multifamily market is white hot, with rents soaring, properties selling for big numbers and new construction booming. But how long will it last? We polled 11 of the top multifamily players, from developers to brokers and even the capital markets folks, at Bisnow's Annual Multifamily Conference in LA this week to find out.

Begin slideshow
View as one page
3 of 12 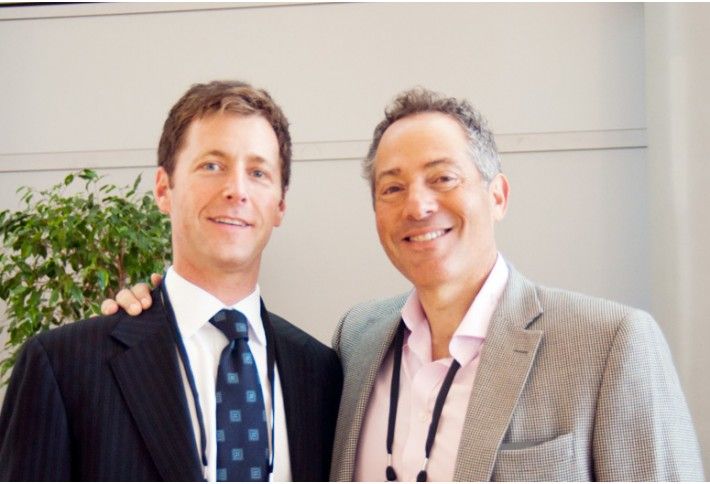 Ethan (right, with CBRE's Brian Eisendrath) tells us we're in the first inning of the second game of a doubleheader. "The flow of funds is strong and there's an international commitment," he says. "The US is a safe haven for capital." The fact is, foreign capital will continue to flood the market, and with rental vacancies at all-time lows, demand doesn't seem to be heading down for some time. 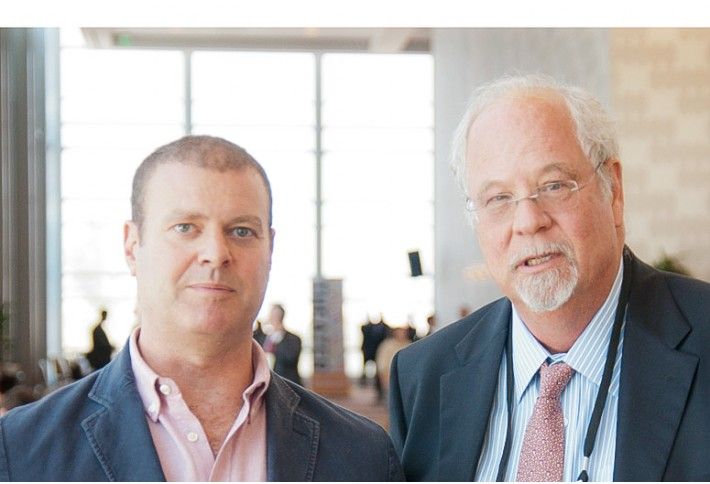 Kevin (here with Emerald Fund chairman Oz Erickson) tells us we're still in the third inning. "It's all about the demographics," he says. "There are a lot of young people moving into the system, and people are not as interested in owning cars or homes anymore." Kevin says Millennials are pushing the market, and since the group seems slower to marry and settle down, rental housing with hotel-like amenities will continue to be the most attractive living option. 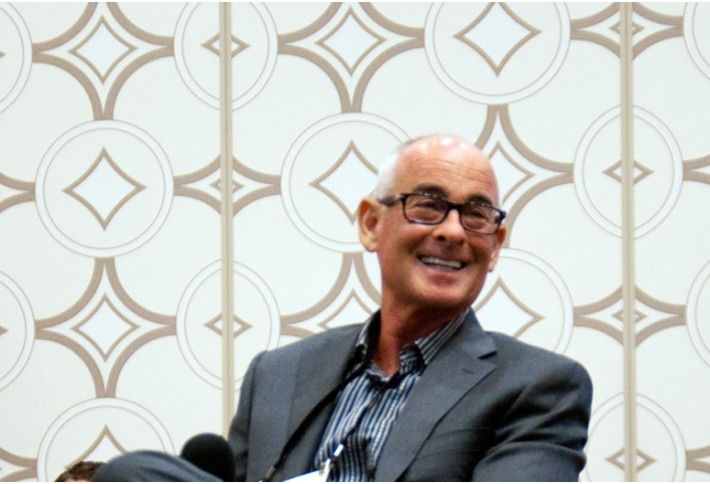 Bob tells us there are actually two different games being played. "First is supply and demand and we're in the fifth inning there," he says. But we can't ignore the overall economics. Bob wonders how rising interest rates and cap rates might impact the market. "In that one, we're in the eighth inning." Still, Bob says supply and demand is not at equilibrium and expects the market to only get hotter. 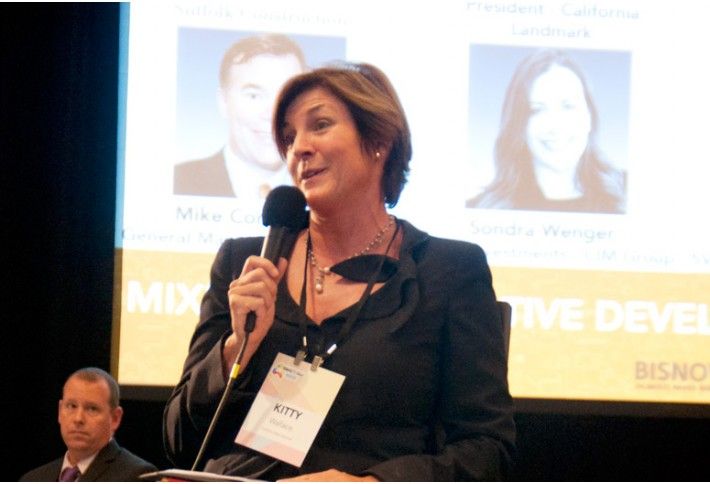 Kitty says we're in the seventh inning. "There's still more traction and room in the market," she says. "There's room for growth in rental rates and employment numbers." She's concerned however, about rising interest rates. She says a rate hike could dampen the market. 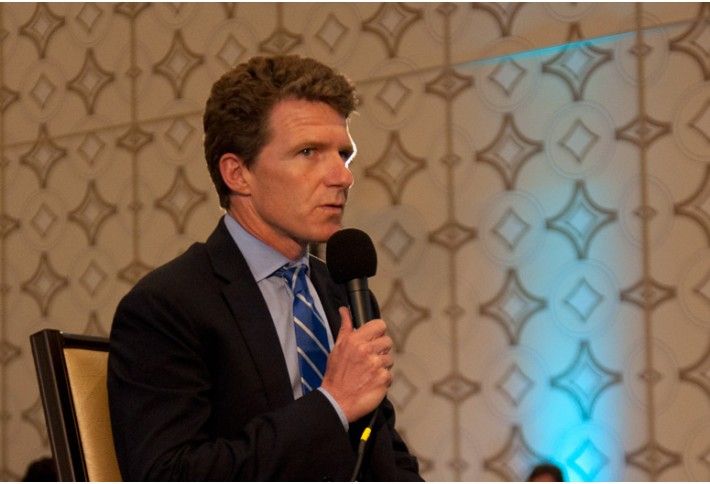 Willy has a different take, and tells us we're in the 15th inning. But it's not what you think. "We haven't had a downturn in multifamily in more than 15 years," he says. Willy says the opinion that the multifamily market stopped in 2009 and 2010 only to reload now is a misconception. "The market's never really stopped." 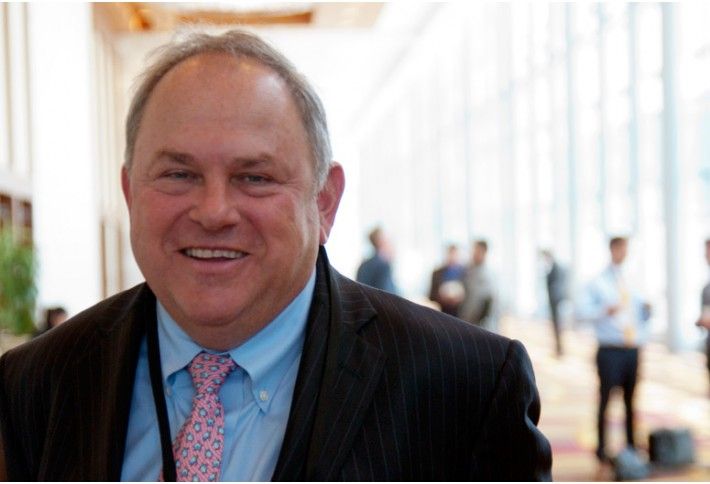 "I think we're in the fourth inning of a doubleheader," Bob tells us. The fundamentals are just very different than they've ever been, he says,with true demand fueling the boom. TruAmerica has been one of the most active buyers on the West Coast. In fact, as of June, the company ranked as the No. 6 apartment buyer in the US and No. 11 in the world based on transaction volume in the last year, according to real capital analytics. 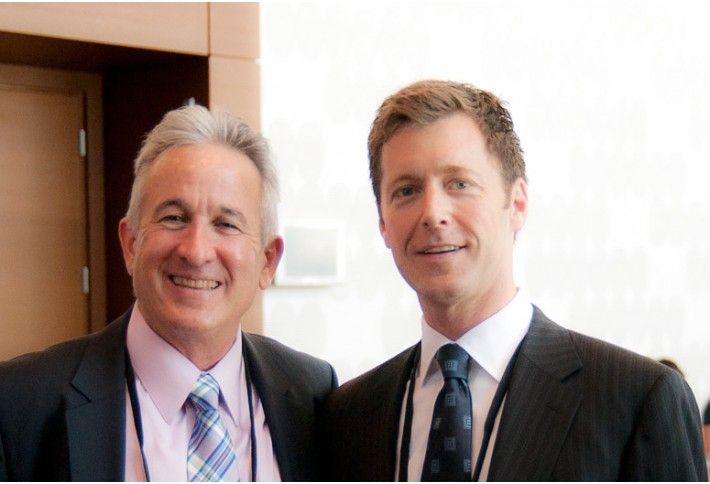 Brian (right, with MJW Investments founder Mark Weinstein) tells us he didn't even know the game started. "The market is getting very competitive right now, but there are still good opportunities to be had," he says. 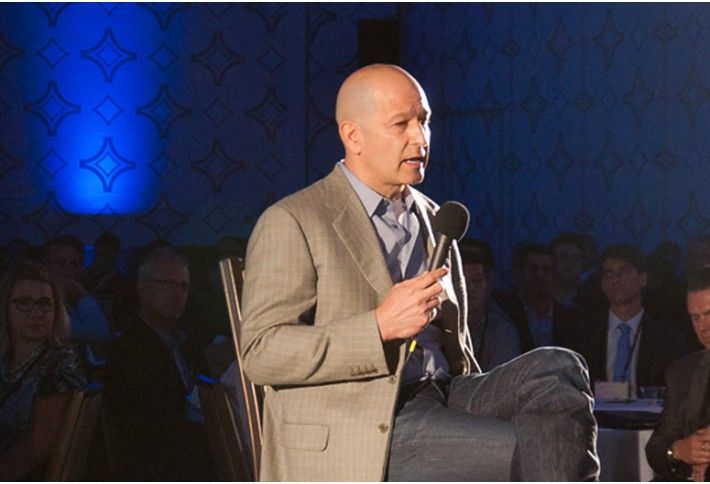 Bobby, ever the optimist, tells us we're in the first inning. "Homeownership is the lowest it's been in 50 years. Our biggest challenge now is to address the ever-growing need for affordable workforce housing." Bobby's partnered with the likes of Magic Johnson and Andre Agassi with the motto of "doing good and doing well." He believes there's room to help supply workforce housing to underserved populations, all while turning a nice profit. 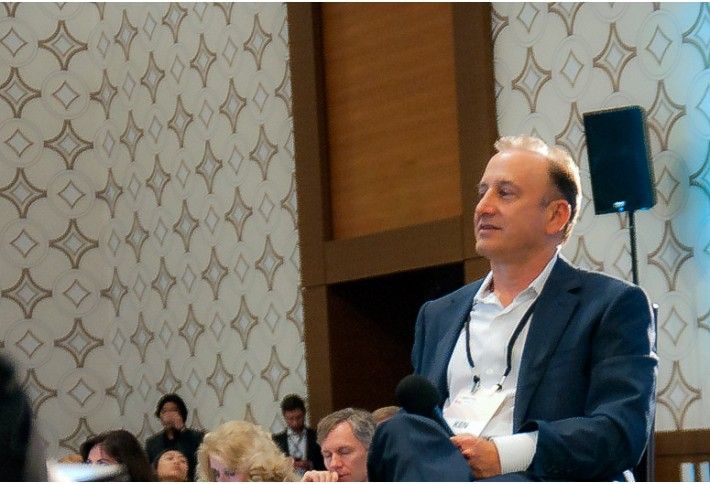 Ken tells us we're in the seventh or eighth inning. "I get emails all day with people wanting $500/SF for properties. When everyone's a seller, it feels like we're near the top," he says. Ken has several properties in development on the West Coast, and recently sold a Brentwood apartment complex for a whopping $1M/unit. 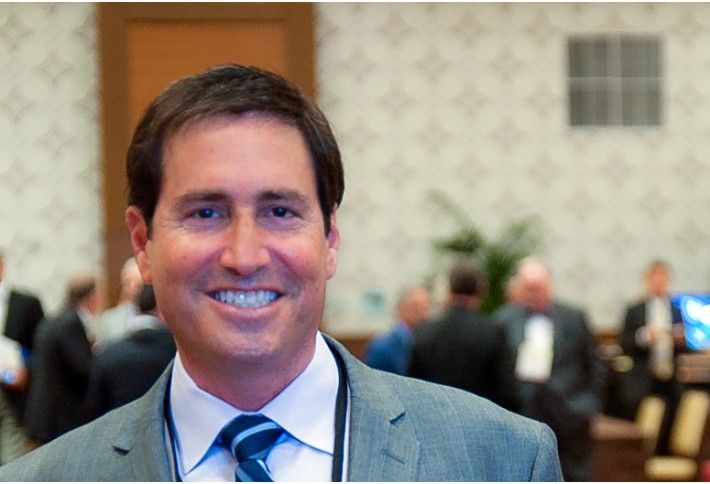 Dean thinks we're in the bottom of the sixth inning, but we're heading toward extra innings. "The employment figures are strong and there's growth in rental rates in all the West Coast markets," he says. Despite rising prices, Dean says demand will make this cycle run long, and he doesn't see an end in sight. 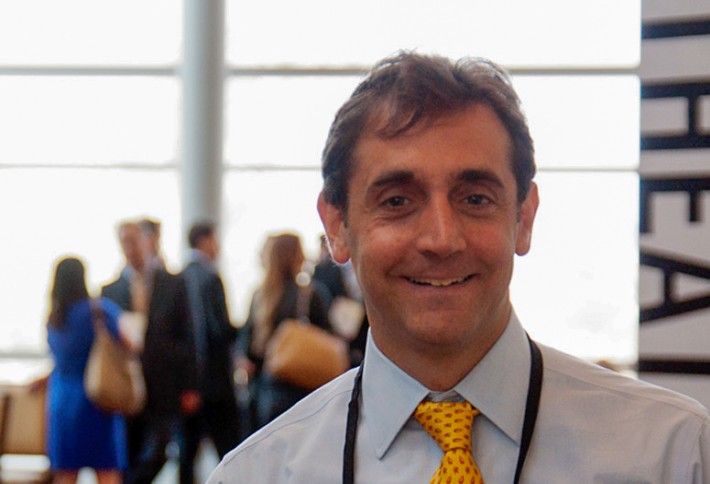 Seth says we're in the fourth or fifth inning. "There's just tremendous demand for rental product right now," he says. And on the debt side, where Seth plays, CMBS volume is still a fraction of what it was in 2007, an indication that the market is still healthy.