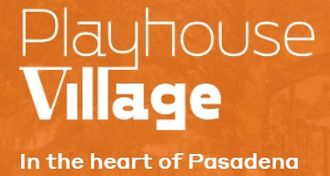 In the not-too-distant past, business leaders and city planners who wanted to encourage more development would pave miles of roads and acres of parking lots to entice suburban families to visit sprawling shopping centers.

Streets and lots aren’t going away, but now, civic leaders are just as likely to plant sod and seedling trees as to pour concrete in their efforts to spark much-needed development that appeals to retail, office and residential tenants. In fact, cities today are employing every tool available to them to jump-start mixed-use development in central business districts that took a hit during the pandemic.

One of those cities is Pasadena, California, where collaboration and commitment to a vision are leading to the sort of improvements that are critical to a vibrant downtown.

“Creating space for people is essential to support the mixed-use development underway in our city and to attract more investment,” said Brian Wallace, executive director of the Playhouse Village Association, a nonprofit that oversees a 34-block business improvement district in the heart of Pasadena. “The residents and office tenants who move here are expecting and demanding higher levels of amenities and recreation opportunities, and they want an environment that encourages them to go outside and visit local shops and restaurants.”

Wallace estimated that approximately 800 housing units, including affordable, market-rate and senior, are under development in the district. Long known as Pasadena’s financial and cultural hub — it is named after the city’s famous Pasadena Playhouse theater — Playhouse Village is fast evolving into a mixed-use neighborhood with several major projects underway.

To support the changes underway, the Playhouse Village Association is spearheading ambitious efforts to improve the city's walkability with extensive streetscape improvements to the city's major avenues, including world-famous Colorado Boulevard, and zoning changes that will accommodate new multifamily development. In addition, it is advocating for more green space in the city center.

“Until now, there was a historic deficit of open space in the central part of our city,” Wallace said. “We've got many thousands of residents who live within a half-mile or a little bit farther out who had no access to a public park.”

That will change this summer when the city cuts the ribbon on the new Playhouse Village Park. At slightly larger than 1 acre, the park, built on a parcel that formerly hosted a bank, will provide much-needed space for recreation, relaxation and community gatherings.

“This will help anchor the emerging neighborhood within Playhouse Village,” Wallace said. “We know that new residents are moving into the area with young kids and dogs and also with money to spend, and the park will be a gathering place for them.”

The park will feature a playground with shaded areas, a dog run, an open lawn for picnics or events, and a stage area named for the band Van Halen, which got its start in Pasadena. A 48-space public parking plaza will have electric vehicle charging stations and is also designed to host events.

Wallace predicted the park will be a popular amenity with office workers who are returning to local businesses after the pandemic.

“And not only because it’s going to be a place to go have lunch,” Wallace said. “The Playhouse Village Association will be programming it with concerts, lawn games, pop-up yoga demonstrations, activities for dog owners and all of those things that really make an urban park a more active and attractive space.”

The association’s improvement efforts won’t end with the new park. The Playhouse Village Association is active in several other initiatives meant to increase the area’s appeal to pedestrians, particularly along several of its main streets.

These include the transformation of Colorado Boulevard to better accommodate the outdoor dining that became popular during the pandemic. The boulevard is best known as the route of Pasadena’s annual Tournament of Roses Parade, which attracts hundreds of thousands of spectators.

“Everybody probably knows Colorado Boulevard because of the parade, but during the other 364 days of the year it needs something else to attract foot traffic,” Wallace said. “We will continue the transformation of that stretch of street into a great village atmosphere that acts as a tremendous draw for residents, office workers and visitors.”

The association is also pursuing streetscape improvements and zoning changes in the city's office core that will allow for more residential development in the district, he said.

“We feel this will completely change the trajectory and the economic performance of the corridor,” Wallace said. “Not only will it help to fill up some underutilized parcels, but it will also bolster office buildings’ ability to attract tenants to an area that now will be much more exciting and walkable.”

This article was produced in collaboration between Studio B and the Playhouse Village Association. Bisnow news staff was not involved in the production of this content.

Playhouse Village Association
The Playhouse Village Association (PVA), a nonprofit corporation formed in 1996 as the Playhouse District Association, is dedicated to managing and marketing Pasadena’s Playhouse Village. In 2001, a coalition of PVA members, property owners and business owners formed a Property-Based Business Improvement District (PBID). The PBID pools private dollars to fund activities and services in the 32-block Playhouse Village which is governed by an 11-member board of directors representing the district’s property owners, businesses and institutions. Ambitious programs result in an increasingly vital district. The PVA organizes its work into five program categories, each with a standing committee to guide and carry out activities and tasks focusing on the built environment, economic development, organizational resources, parking and promotions/marketing. We also provide programs to provide enhanced maintenance and security for the area.
Confirmed! You are subscribed to the Bisnow Los Angeles E-Newsletter.
Most Read Stories
More Top Stories
Bisnow LA Newsletter
Bisnow LA Newsletter