Is New REIT's Neighborhood Focus On Local Residents A 'Shtick'?

A new, soon-to-be-formed real estate investment trust is hoping to attract a different type of investor.

With traditional, high-priced real estate investments normally shutting out low-income locals, the Neighborhood Investment Co., or Nico, said it is creating a model, similar to a co-op, that lets residents of Echo Park, Silver Lake and nearby Los Angeles have an opportunity to own equity in a real estate portfolio for as little as $100, according to its investment prospectus filed with the Securities and Exchange Commission. 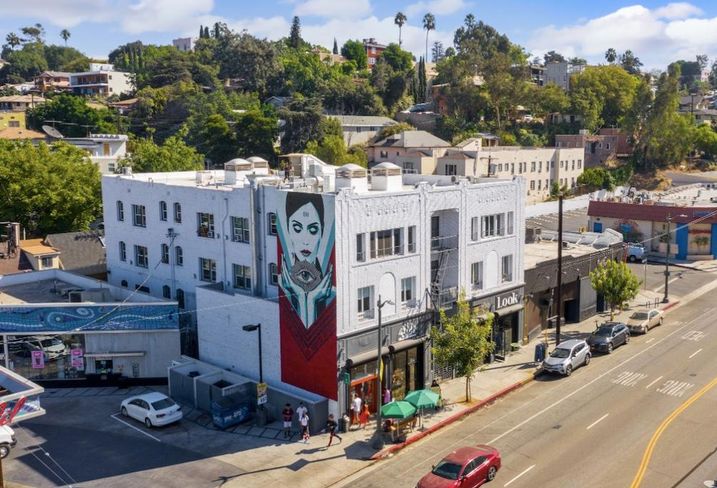 Levine and co-founder John Chaffetz said that prior to forming Nico in 2018 they saw inequality in real estate investing and wanted to create something more inclusive. The Nico Echo Park REIT said its mission is to preserve neighborhoods, while spreading wealth to the average resident via real estate investing.

As a benefit corporation, it is also reporting how it performs socially and environmentally. Levine said Nico will only focus on investing in multifamily, rent-controlled properties in and around the Echo Park, Silver Lake and proximate neighborhoods, because of the area's rich history and deep community ties.

The Echo Park, Silverlake and Westlake neighborhood is an 11.7-square-mile area in the city of Los Angeles, about a 10- to 20-minute drive from downtown Los Angeles. It has more than 207,000 residents, with a median income of $50K, well below the median for the Westside ($89K) and Los Angeles as a whole ($62K), census numbers show.

In Echo Park, where Nico has its investments, the average income of a resident is even further down, at $37K. Because the average Echo Park resident makes less than $40K a year, most do not have the means to ever own property or have a stake. The homeownership rate hovers around 17%.

Levine said Nico could allow investors an opportunity to build wealth through real estate ownership, depending on the number of shares acquired.

"The rate of financial participation through the rate of homeownership is really low in this neighborhood, even compared to Los Angeles, and compared to the nation," Levine said.

"What jumps out at us, and where our model has an opportunity to really thrive, are in communities where there is a desire to participate and a desire to build wealth by investing locally," he said. "But the way to do that through traditional homeownership is getting out of reach. We're trying to make a product that lets more people participate in that kind of investing in a fair, flexible and incremental way." 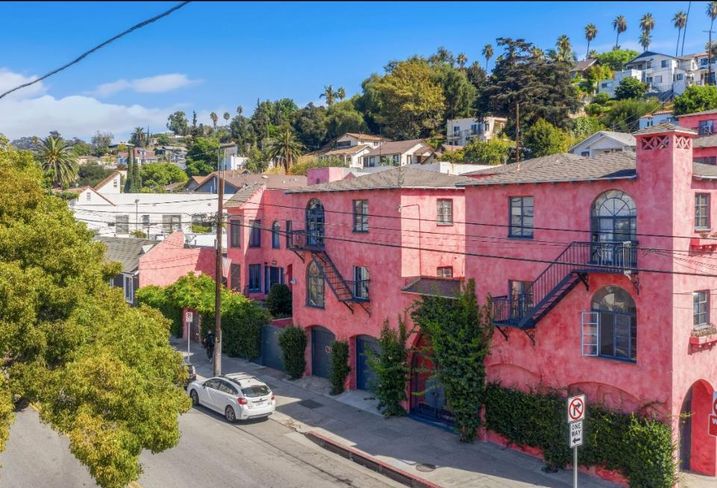 Some analysts that follow and study REITs, as well as members of the community, are skeptical about whether Nico has a viable model. Critics have questioned whether the company should be attracting investors that may have little financial literacy or the income to invest.

Echo Park Neighborhood Council Vice Chairman Sachin Medhekar has been talking to Nico's founders. Medhekar, who is not speaking on behalf of the Echo Park council, has asked Nico to provide information pamphlets in Spanish, Filipino/Tagalog and other languages spoken by residents in the diverse community.

"It's a shtick. The likelihood those people are going to invest in this is little to zero. They are trying to eat. That’s not a legitimate pool of investors," he said. "The rich people who know the area and like what they see in Echo Park and that neighborhood are the ones [who are] going to invest in this."

The soon-to-be-formed Nico Echo Park REIT, based in Echo Park, is part of a wave of social purpose REITs that have formed in the past several years. Though there is no official designation for what makes something a social purpose REIT, most are driven by a specific mission beyond generating returns.

"REITs are socially responsible and good corporate citizens in their communities in many ways ... REITs that consider themselves as [social purpose REITs] are generally self-defined," Abby McCarthy, senior vice president of investment affairs at the National Association of Real Estate Investment Trusts, an organization that advocates for REITs, told Bisnow.

For example, nonprofit developers founded the Housing Partnership Equity Trust, which now partners with other local nonprofits in order to buy apartments to be set aside for affordable housing. HPET owns 13 properties totaling more than 2,800 units nationwide, according to its website. Another private REIT, the Community Development Trust, also provides debt and equity for the acquisition of affordable housing properties. The CDT has invested nearly $2B in affordable housing across the nation, its website says.

Once known mostly as a gang hub in the 1980s and 1990s, Echo Park was featured heavily in iconic movies like American Me and Mi Vida Loca. But it has changed dramatically over 20 years. A court order moved gang members out of the area in the early 2010s and as they left, hipsters moved in. Attracted by its proximity to downtown Los Angeles, gritty urban culture and affordable rents, the new generation changed the makeup of the neighborhood.

Driving around the neighborhood, it is easy to see the dichotomy in wealth. Along the east end of Sunset Boulevard, vegetarian restaurants, fancy coffee shops and plant-based dining concepts occupy retail buildings that were built in the 1930s. Fruit and hot dog vendors, laborers and the homeless are common sights on the sidewalks. Tent cities have formed around one of Echo Park's main attractions, a lake. 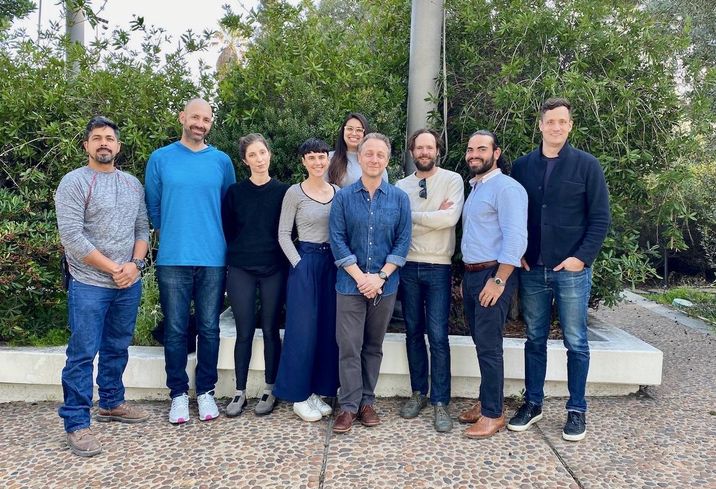 "It is an area that has changed a lot over the years," Silver Lake-based Pilipino Workers Center Executive Director Aquilina Soriano Versoza said.

Chaffetz's Timberlane Partners owned one of the buildings, at 1412-1416 Echo Park Ave., a site which is now part of Nico Echo Park's seed assets. He said when it became clear Nico Echo Park was going to acquire the building, he recused himself from the negotiations.

Morris, the Georgetown professor, said REITs can acquire property owned by or affiliated with one of their owners as long as it is disclosed. Timberlane acquired the property for $7.2M in 2015, according to CRE data site Reonomy. Chaffetz said Timberlane put additional capital in renovations into the property. LA County tax records show an affiliate of Nico acquired the site for $9M in 2019.

Once Nico gets clearance from the SEC, properties currently warehoused will be transferred into the Nico Echo Park REIT. Levine said the REIT expects to launch sometime in March.

As part of the offering, locals who either register with an address in Echo Park and the surrounding neighborhoods, work in the area or have "strong ties" to the areas will get preferential treatment. Initial investments are being offered for $9.50/share with a minimum purchase of 10. Once it goes live, the shares can only be purchased on Nico's website or the company's mobile app. An initial investment in a traditional REIT could start at $1K to $2,500, according to Morris.

Levine would not say what kind of projected returns investors hope to get, saying because Nico is a new company, it doesn't have historical records on which to base projections. Chaffetz said that one of the benefits of being a local shareholder is that shares will become redeemable within two years of purchase and stakeholders will have more input when it comes to the REITs decisions about how best to deploy capital.

The REIT can raise up to $50M a year, according to its offering. The company will receive fees ranging from managing and maintaining the properties to looking for other investments. The initial money will go toward the improvement of the seed assets, pay off debt and other expenses, according to its SEC offering.

"Like other externally managed REITs, Nico applies fees to serve in its role as manager of the REIT," Chaffetz said in a follow-up email to Bisnow. "We did our best to set them on the low end of industry benchmarks."

The company received a boost when Los Angeles Mayor Eric Garcetti name-dropped Nico at the U.S. Conference of Mayors in January. While discussing community wealth, Garcetti said Nico is an example of a company rethinking how to approach building wealth and opportunity in communities. 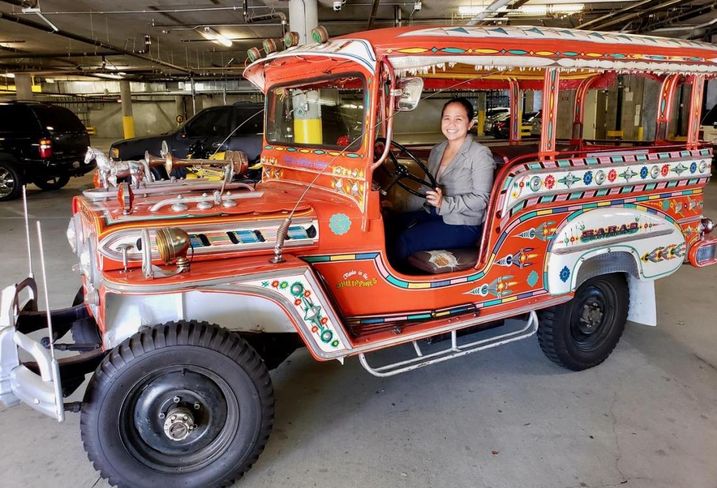 Morris, the Georgetown professor, said Nico's neighborhood concept could pick up steam. It could work, Morris said, adding that other investors have inquired about creating a similar model in Virginia but not as a Regulation A REIT. Regulation A offerings came out several ago, as a streamlined method for any company that wants to go public to do so, as long as it brings in a maximum of $50M per year, Morris said.

"These guys want to do something creative, albeit small and this is a good way to do it," Morris said. "It's a good structure. You can go to market quicker than a traditional S-11 REIT."

"Geographic diversification is zero. That's a problem," Morris said. "There is a reason why REITs are scouring across the nation for investments ... Everything in life is a bell-shaped curve. [REITs] don't want to stay or be dependent on the success of one area. If the market drops, the REIT's investments drop."

Soriano Versoza, the executive director of the nonprofit Pilipino Workers Center, was intrigued by the Nico concept. Her main concern was how much say local shareholders might have after investing $100, compared to investors who are putting in more money. "It's an interesting model," Soriano Versoza said. "We've seen a lot of people getting displaced. If this can keep apartments more affordable and help residents build wealth, that's good."

Medhekar of the Echo Park Neighborhood Council commended Levine and his team for reaching out to community members. He said many landlords or officials in big companies that own buildings like to remain in the shadows.

"With this one, they are seemingly trying to espouse positive values and are seeking community input, and want to be part of projects that are important in the community," Medhekar said. "This is more outreach that I have ever seen done compared to the other buildings that are owned by other corporations."

Chaffetz and Levine said they are hoping Nico Echo Park brings in both locals and other investors, because it needs at least 100 shareholders in order to qualify as a REIT. The REIT has yet to launch, but Levine said they have already received more than 2,000 inquiries from the community and other potential investors.

"Our mission is to localize wealth creation and broaden access to the neighborhood equity that already exists in these places but not enjoyed by the people who live there," Chaffetz said.

"In some ways, what we're doing is complex, with a lot of moving parts, but we don't want to lose sight of what we are doing. And that is creating a new type structure for neighborhood capital to actually work with and for neighborhoods and the people that live there."