Hundreds of women filled the crowd at the Bisnow’s LA Power Women Series: Leaders In Commercial Real Estate held Dec. 13 at the Bank of America Plaza in downtown Los Angeles.

Bazarevitsch, who moderated a panel, was one of more than 30 women honored for their work in the Los Angeles commercial real estate industry. About 225 people attended the event.

“Because we’re in such a male-dominated industry I think it’s appropriate that we recognize the accomplishments of women,” Bazarevitsch said.

According to CREW, an organization that advances the success of women in commercial real estate, women are paid less than men and lack positions of power in the industry. Several panelists reiterated CREW’s data.

“We’re still looking at a sad statistic,” said The Lifework Institute’s Carol Murray, who served as the keynote speaker. “Only 5% of the CEOs in the S&P 500 are women.

“We need more feminine power for both the women and the men.”

Allen Matkins partner Crystal Lofing said it is important to have these kinds of events to remind people of women's contributions in commercial real estate.

“There are a lot of us and in all different stages in our career,” Lofing said. “It’s imperative we continue to find each other and support, recognize and respect one another in our dreams, our goals and accomplishments.”

Check out the photos of the event below: 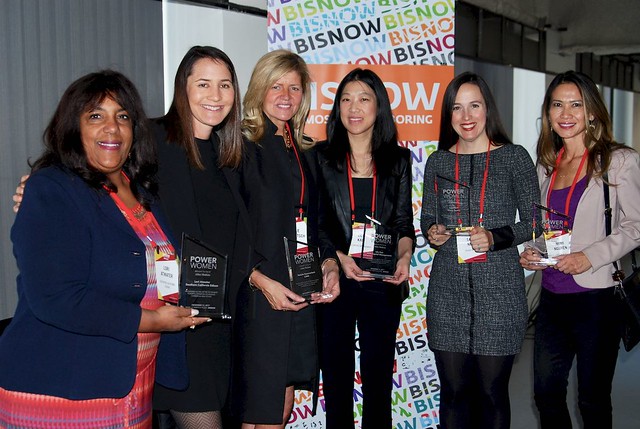 CORRECTION, DEC. 14, 3:52 P.M. PT: A previous version of this story did not reflect Allen Matkins partner Crystal Lofing's quote accurately. The story has been updated.

CORRECTION, DEC. 14, 9:35 P.M. PT: RMA Managing Director Dani Evanson was misidentified in the first photo of the slideshow. The cutline has been updated.