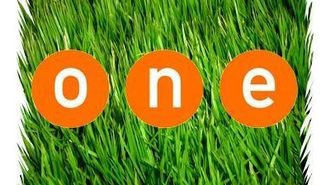 Before founding Studio One Eleven, senior principal Alan Pullman was working at a commercial firm with a focus on retail properties. Throughout the 1990s, Alan was designing regional malls and shopping centers across the US, but, by a sheer stroke of luck, he was handed a neighborhood revitalization project in his own neighborhood in Long Beach, CA. The project had Alan working with shop owners, the merchants’ association and the community to revitalize the street and make it safer, walkable and more vibrant.

The project was a revelation for Alan, who realized that he wanted to contribute to the rehabilitation of neighborhoods that had meaning to him—mainly, SoCal. More importantly, however, was the focus on working with existing tenants and buildings to revitalize West Coast cities in small, incremental, organic developments, rather than giant master plans that come out of the blue and impose themselves on the existing communities. With this new mindset, Alan opened Studio One Eleven.

“We do not aspire to be an international firm,” Alan tells Bisnow, “because I don’t want to enter communities where I feel we don’t know the context or the relationships people have in their communities. I like the idea of participatory design, where stakeholders are involved in what happens to the community."

As such, Alan and Studio One Eleven have placed a great focus on the concept of “architecture of place” rather than an “architecture of time.” This means asking what existing buildings are made out of and how they tie into the culture and circumstances of the neighborhood, as opposed to prescribing to a certain style or look. Alan says that protecting existing structures not only preserves the unreplaceable designs, but is also a financially sound and sustainable solution.

“We want to see things move in a direction of greater urbanity and historic preservation can get in the way of this, since many of these buildings were not built in an urban mindset when they were originally constructed.”

Alan says Studio One Eleven’s true strength is seeing the value in a building when others, including the building’s owners, do not, but they also place a great focus on community meetings and speaking with stakeholders, elected officials and other community members, who are very activist and weigh in on a lot of the projects.

"In general, people are pretty open to progress, but they want the progress to be responsible and sensitive to what's already there."

The perfect example of Studio One Eleven’s strengths and philosophy—but on a much greater scale—is its work on The Bloc, which takes the foreboding and dated Macy’s Plaza—with brick walls and an inward-facing design that failed to take advantage of its hotel and office space and proximity to the busiest LA metro station—and opens it up to the street.

“We’re really turning it inside out and changing the city’s perception of it,” Alan says. “We want to create something that really invites the city in and integrates all the resources that the Plaza failed to take advantage of.” Studio One Eleven believes so strongly in the development that they are even planning to open up their offices in The Bloc.

But what’s next for Alan and the Studio? In addition to their new office at The Bloc, Alan says the Studio is planning a project in the arts district, as well as office, retail, affordable housing and community buildings in order to create more vibrant communities, as they've done since he started the company.

To learn more about Alan and Bisnow partner Studio One Eleven, click here.