Building owners who rent out their property to the hundreds of unlicensed cannabis businesses in the city of Los Angeles might soon face fines of $20K a day, have utilities shut off, doors padlocked and be subject to other enforcement measures.

This is the only way for the struggling cannabis industry to fully flourish as a legitimate business in the city, a city of Los Angeles official said.

The Los Angeles Department of Cannabis Regulation Executive Director Cat Packer told hundreds of attendees at a Bisnow event that the City Council will soon decide whether property owners should face stiff penalties for allowing illegal cannabis businesses to operate in their buildings.

“Property owners specifically have been left out of this conversation in terms of enforcement,” said Packer, adding that for every licensed cannabis business in the city, there are seven unlicensed operations. “I am recommending to go after property owners. ... You can’t have illegal activity without property.”

At the morning conference, panelists discussed the state's and city’s marijuana regulatory practice, the cannabis industry’s growing pains locally and in the state and the future of the industry.

For this industry to thrive — especially here in Los Angeles, the largest cannabis market in the U.S. — the city needs strong enforcement measures, panelists said.

“Without enforcement, there can’t be any change,” Plus Products Chief Risk Officer Jennifer Tung said.

Tung said until illegal operators begin to get licenses, the industry won’t be able to take off.

California has a duel licensing structure to operate a cannabis business, meaning the business owner needs approval from the city before it could receive a license from the state.

There are an estimated 700 to 800 unlicensed marijuana operators, according to the United Cannabis Business Association, a group that represents licensed cannabis retailers.

The city has cracked down on illegal operations.

"Our message is clear — if you are operating an illegal cannabis business you will be held accountable," Feuer said in a statement.

However, because police only prioritize shops that are in high-crime areas or a nuisance to the community, some illegal recreational marijuana dispensaries continue to operate, according to reports.

Packer, the city’s cannabis regulation official, said the city is facing a real volume issue. There are just too many unlicensed operators for the Los Angeles Police Department to handle.

She said the city needs to have a multifaceted approach to enforcement to stop illegal operations.

Her suggestions include creating a public information campaign so consumers know which stores are legal and illegal. She wants people to report illegal dispensaries. The city is also working on a grade emblem program for licensed dispensaries similar to those posted in front of restaurants.

She wants the Los Angeles Department of Water and Power to shut off the utilities of illegal operators, to give the Department of Building and Safety the ability to padlock unlicensed facilities, and for the city to hand out cease-and-desist letters and finally enforce the $20K a day penalty on property owners for allowing these kinds of facilities to continue to operate.

In the city’s original law that allowed for recreational marijuana, Measure M, it has a provision that states landowners would be subject to the $20K a day fine for having unlicensed cannabis businesses on their property.

But one year in, no one has been charged the penalty. That may change soon, she said.

"At this time the [Cannabis Regulation] department and our elected leaders are exploring all options for enforcement of unlicensed cannabis establishments," she said.

Check out a photo slideshow of the event here: 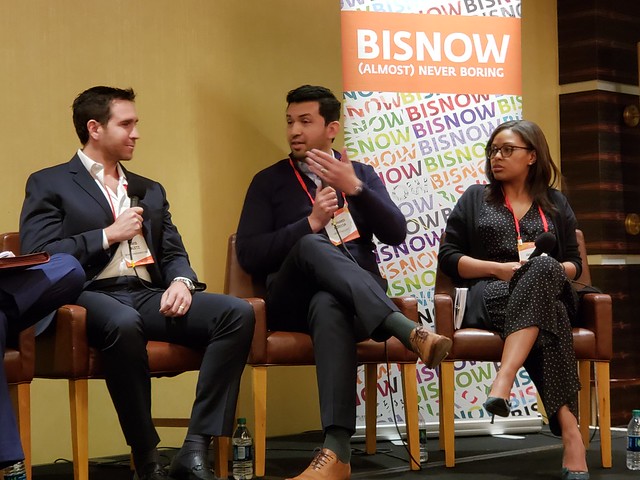