Hurdles For California's Cannabis Industry Have Slowed Growth, But Many Still Expect A Business High

The former Berkadia executive had left the firm in 2016 to focus full time on growing his cannabis dispensary and cultivation businesses in Los Angeles. 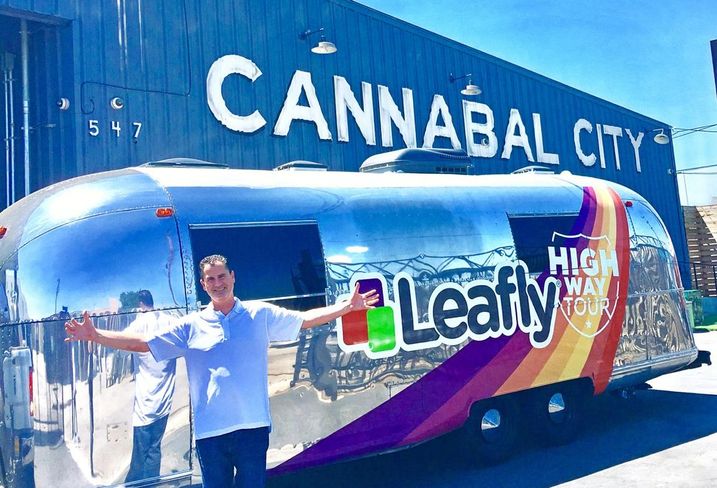 Courtesy of Chris Malcolm
3C Cos. Managing Partner and CEO Chris Malcolm stands in front of his cannabis cultivation and light-manufacturing facility in San Fernando Valley.

As early as 2013, Malcolm began selling apartments he owned to buy properties to set up medical marijuana dispensaries.

Malcolm is the CEO and managing member of 3C Cos., which includes Coast to Coast Collective, Cannabal City Collective and 3C Farms.

Malcolm owns two retail storefronts with on-site cultivation in Canoga Park and downtown Los Angeles totaling about 35K SF and a 19K SF cultivation and light-manufacturing facility in the northeast San Fernando Valley. He has a fourth industrial property in escrow in Lancaster.

When the law to allow recreational marijuana in the state passed in 2016, he and his business partners had plans to expand to recreational marijuana operations in 2018 but encountered several hurdles. Many cities began banning dispensaries or created strict regulations, limiting where Malcolm could set up shop. He also found many illegal dispensaries that did not get a license continued to thrive with impunity.

“I knew in my previous time with the business that it was going to take time,” said Malcolm, who also serves as an executive board member at the United Cannabis Business Association, an organization that represents licensed cannabis retailers. “I thought we would be further ahead than we were.”

“We thought when the legalization kicked in … a lot of those guys would go legit but it’s taken so long and it is so expensive," he said. "The industry has been given a chance to come out, legitimize, regulate and tax and operate like any other business. I think there was definitely excitement, a lot of energy moving forward but I think it's taken so long that it's taken the wind out of the sail and slowed the momentum."

The effect of cannabis on California commercial real estate will be part of the discussion at Bisnow’s Future of Cannabis CRE event Jan. 24 in downtown Los Angeles.

Since California started allowing the use of recreational marijuana for adults 21 and over last year, many experts expected a boom in cannabis businesses and commercial real estate activity — industrial buildings and retail storefronts getting gobbled up by cannabis entrepreneurs.

But high taxes on licensed operators, a long, expensive regulatory process, an unregulated black market and unfriendly cities have dampened the spirits of legitimate cannabis operators and those wanting a piece of the action.

On top of this, the federal government still classifies marijuana as an addictive drug and most conventional banks avoid lending to cannabis operators. 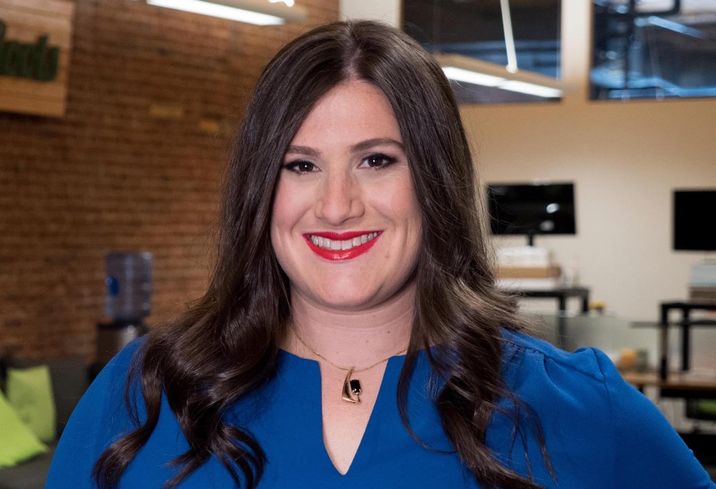 Despite the early challenges, for those who decide to stick it out, the potential for growth and profits are there.

“We’re still seeing a lot of competitive applications, a spike in real estate values and a lot of outside capital coming into the state and big corporations entering the [cannabis] space,” said CannaRegs founder and CEO Amanda Ostrowitz, who will be one of the speakers at Bisnow's event.

“We see a lot of uncertainty, a lot of change, a large amount of interest,” she said. “It’s been extremely interesting. There’s been a lot of excitement and a lot of frustrations.”

California officials had initially forecast a $1B windfall from the taxes generated by cannabis businesses. Since Jan. 1, 2018, the state has only collected $471M in taxes, according to the Los Angeles Times.

The Times said about two-thirds of California cities have prohibited cannabis operations.

California has a dual-licensing structure in which both the state and local governments need to sign off before a cannabis business can operate.

“California decided to do everything different than any other state that legalized cannabis and create a very complex regulatory scheme,” Arcview Group CEO Troy Dayton said. “We are starting to see the effects of that. Every time you add complexity, you add things that can go wrong. And a lot of things have gone wrong in the implementation of the laws here and it has really slowed things down and put a lot of people out of business.” 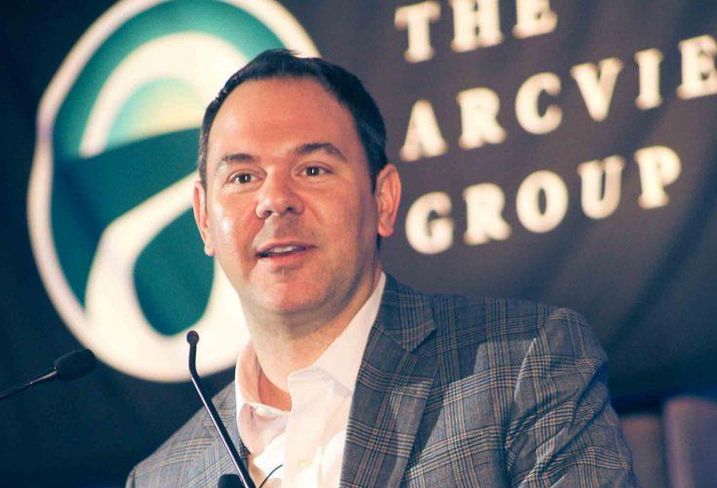 Dayton said though California’s law is off to a rough start, the potential for the cannabis industry is massive.

Last year, Oakland-based Arcview along with BDS Analytics released a cannabis market research report. The economic report — using a multiplier economic effect — estimates the marijuana industry in the U.S. will generate a $40B economic impact in the half-dozen states that allow adult-use marijuana, create more than 400,000 jobs and $4B in taxes.

Dayton said his group is planning to release another economic report this year.

Dayton and Ostrowitz said the recent passage of the Agriculture Improvement Act of 2018, better known as the Farm Bill, is a good sign for the cannabis industry.

The bill signed by President Donald Trump last month allows for the production, commercial use and research of hemp, a variety of the cannabis plant, as long as it does not contain more than 0.3% THC, the chemical compound that gets a marijuana user high.

For decades, the U.S. had banned hemp along with other cannabis plants, but the signing of the new law shows how some politicians are easing their concerns and learning more about the cannabis plant, Dayton said.

"This is a plant that’s been pushed down for so many decades and it’s finally getting its time in the sun," Dayton said. "That is really creating a huge boom as we learn how to reintegrate this plant in a legal context and merge it to advances in modern sciences and modern technology.

“I think we may see an end to federal prohibition and that will have massive implications for cannabis businesses,” Dayton said.

In California, he said, the state just needs to adjust the taxes and simplify the regulations for the industry to really boom.

“[This is] a multibillion-dollar market growing at a 27% compound annual growth rate in North America,” Dayton said. “The opportunity for growth is there and there will be incredible rewards for people who stick it out during this difficult time and have enough capital to get through these rough beginnings, but it’s a tough time to actually be in the business right now.”

Dorsey, who has negotiated a handful of these cannabis property-related transactions in Costa Mesa, said handling real estate for cannabis operators is one of the fastest-growing niches in the commercial real estate industry.

Dorsey had one client who had purchased an 18K SF industrial property in Costa Mesa for $3.2M. Several months later, that client was approached by a cannabis operator. The cannabis operator purchased that same building for $5.5M.

"On the sales side, there is a premium on those properties," Williams said. "As soon as the zoning goes into place, the price per square foot nearly doubles."

CannaRegs' Ostrowitz said the potential for real estate investors is great in this space.

“Cannabis is a real estate game," Ostrowitz said. "You cannot have a cannabis business without real estate. And because there is such demand for real estate and limited access, the prices are fantastic for landlords. … There is also a huge ability to purchase and flip properties if you have the ability to speculate [which cities will begin designating areas for cannabis operations]." 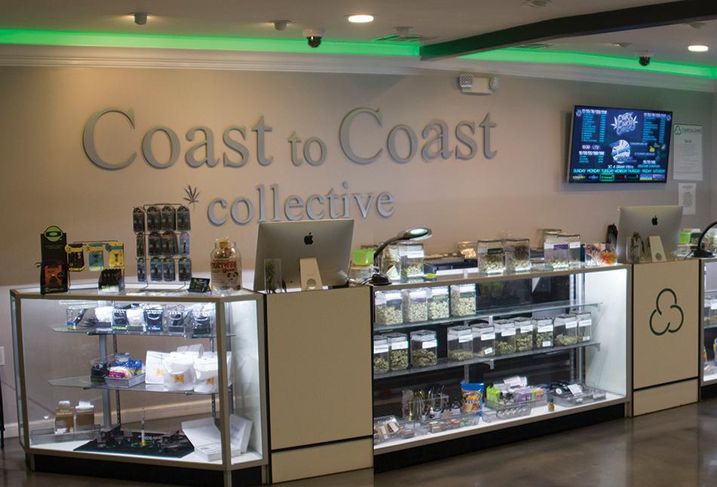 Courtesy of Chris Malcolm
Coast to Coast Collective is a retail and cannabis cultivation store in Canoga Park.

Dorsey said there was an initial rush of investors and cannabis operators looking for space in 2016 and 2017 ahead of California's legalization. But that waned a bit in 2018, he said.

For cannabis operators as tenants, there are a lot of upfront costs. Landlords could demand as much as six months' rent as a security deposit, Dorsey said.

“There is such a high barrier to entry,” Dorsey said. “The licensing process is a lot longer than anticipated both on the local and state level. My guys in Costa Mesa are still going through the conditional use permit [or CUP], which cost more than $55K. Then they’ll need to comply with the CUP, then clear inspection before getting a business license on the local level. Then they’ll need to go through another process on the state level.”

Malcolm, the former Berkadia exec, is still bullish on the cannabis industry in Los Angeles and across California.

In the city of Los Angeles, there are 170 licensed medical and recreational marijuana operators. There are more than 800 unlicensed dispensaries, he said.

Once Los Angeles cracks down on the illegal operators, lowers the taxes on a municipal level and streamlines the licensing process, the cannabis industry in the city will flourish, Malcolm said.

"Everyone thinks we’re rolling but we’re not there yet," Malcolm said. "The taxation is a huge issue. It's not just sales tax, there's also the back-end taxes, the excise tax, cultivation tax on top of additional packaging tax and labor costs ...

"But we’ll get there," Malcolm said. "I'm really optimistic. I compare this to the real estate boom. … Right now, equity is real hot on this. It's not about your net income, it's about gross revenue and a license. You are worth a fortune to these investors. I think everyone sees the future as bright. It's a big market. It just needs be tamed and controlled."

Hear more about what lies in store at Bisnow’s Future of Cannabis CRE event Jan. 24 at The LA Grand Hotel in downtown Los Angeles.