Monique King-Viehland says she is a "Wakanda Builder."

As the executive director of the Los Angeles County Development Authority, King-Viehland oversees an agency that is responsible for helping tens of thousands of families maintain good quality and stable housing.

Wakanda is the name of the fictional land in Marvel movies and home of the Black Panther hero, an idyllic nation with space age technology and full of resources to support its people.

In many ways, Los Angeles could be like that and King-Viehland is helping make it happen.

"We changed people’s lives for the better," King-Viehland said. 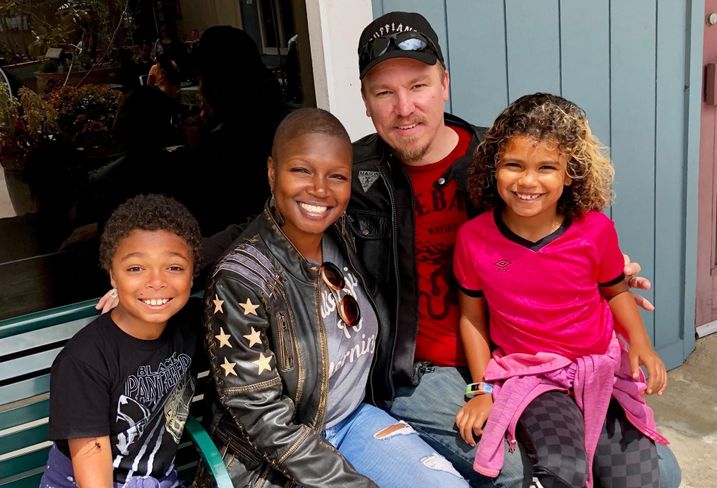 Bisnow: Who are you and what do you do?

King-Viehland: My name is Monique King-Viehland and my official title is the executive director of the Los Angeles County Development Authority (LACDA). The LACDA is the county’s housing, community and economic development agency. Last year, we funded nearly 4,000 units of housing so homeless families and individuals could come home off the streets. We made sure veterans who served this country found places to call home. We provided small businesses with financing to grow and hire more people within their communities. We built parks and community centers that serve as anchors and respite in communities for seniors and youth. We changed people’s lives for the better. So although executive director is my working title, I like to think of myself as a “Wakanda Builder.”

And beyond that, I am a proud wife and mother.

Bisnow: What is the most challenging part of your job? The most rewarding?

King-Viehland: I think the hardest part of this work is staying motivated and remembering that this journey is a marathon, not a sprint.

I am working to turn the tide on issues that were decades and even generations in the making — generational poverty, housing insecurity, homelessness, etc. It is hard to stay motivated when the homeless count goes up even though the county has invested hundreds of millions of dollars into the homeless and affordable housing ecosystems. It is hard to stay motivated when I see tens of thousands of people still sleeping on the streets. That is when I try to focus on this being a war not a singular battle.

But I do try to celebrate the singular battles, for example, watching someone accept a set of keys to their new home. Finding joy in the small victories keeps me in the fight and is what I think will help us all win the war.

King-Viehland: I think companies are starting to address wage and gender inequality, but honestly I think we still have a long way to go. And for me that critique is cross-sector, e.g., public sector, private or nonprofit. We need to be doing more!

Moreover, I think what is often lost and not addressed is the intersection of race and gender and the role that is playing for women of color in the workplace in regards to wage, promotional opportunities, etc. The lack of true conversation around intersectionality and protections for women of color, like myself, who are the “first” and suffer implicit and explicit bias even after getting a seat at the table is what keeps me up at night.

And as a mother of two children of color — one son and one daughter — this issue feels like my most important fight.

Bisnow: What do you enjoy most about living and doing business in Los Angeles?

King-Viehland: I am a transplant to Los Angeles and only arrived here four years ago, but I love calling Los Angeles my home! Given my work around affordable housing and homelessness issues, there just is no better place to be. Los Angeles County, Southern California and the entire state of California is leading the charge around addressing these issues and serving as a best practice/master class for the nation. And I am thrilled to be a part of it.

Bisnow: What are you most excited about, professionally, as we head into 2020?

King-Viehland: As I head into 2020, I am most excited to put a cap on 2019, which has been filled with many unexpected challenges and losses. Finished and done. But I look forward to continuing to build on the work I’ve been engaged in, to change the culture of our agency and solidifying ourselves as a thought leader in our core pillars of housing, community and economic development, while also pursuing my personal entrepreneurial interests as a motivational speaker and executive coach. Though 2019 was challenging, I firmly believe that I will write my own path in 2020.