When it comes to ranking the best airports nationwide, Los Angeles International Airport often comes in near the bottom of almost every list and category, but a multibillion-dollar modernization plan could change those perceptions.

In the past couple of years, travel blogs, news sites and others have railed on LAX, which is notorious for traffic congestion around the airport. 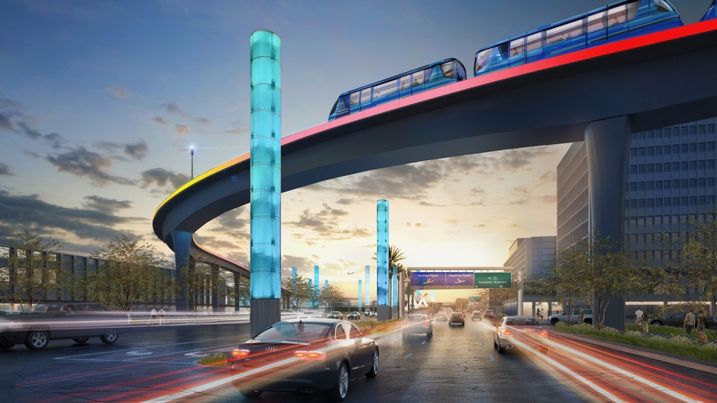 In a list of best airports including amenities, accessibility and timeliness, The Points Guy travel blog ranks LAX 27th out of the 30 airports examined.

For the best airport passenger satisfaction, LAX was second-to-last among 18 airports in a JD Power study.

The lists go on.

On a recent day, the line to get inside the airport was backed up bumper to bumper from the 105 freeway exit. Rent-a-car shuttles the size of school buses constantly clog traffic. Hotel shuttles zoom in and out of the terminals. Taxis routinely cut off other cars.

All the while passengers sit and wait curbside, staring at cars fighting for space to pick up or drop off people.

On average, it takes about 50 minutes for someone to travel from downtown Los Angeles to LAX, according to TravelBank. Locals know the wait time is much longer. 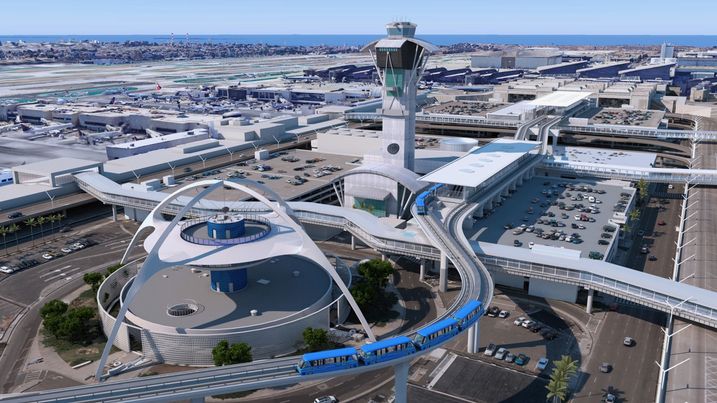 With 85 million passengers a year, LAX is the second-busiest airport nationwide, behind only Hartsfield-Jackson Atlanta International Airport in Atlanta.

“We are the No. 1 origin and destination airport nationwide, meaning more people come and either begin or end their journey here, unlike Atlanta where they have more passenger traffic but only as transfers,” LAX Public Relations Manager Stephanie Sampson said.

The $5.5B Landside Access Modernization Program — a program 10 years in the making that the Los Angeles City Council passed earlier this year — is aiming to improve the transit in and out of the airport.

The transportation program is part of a much larger $14B capital improvement project happening at LAX.

Soon the main terminal won’t be the only place passengers can get picked up or dropped off or catch a bus or shuttle.

Every two minutes, an Automated People Mover train can ferry up to 200 passengers with their luggage to and from the airport from new drop-off or pickup stations. 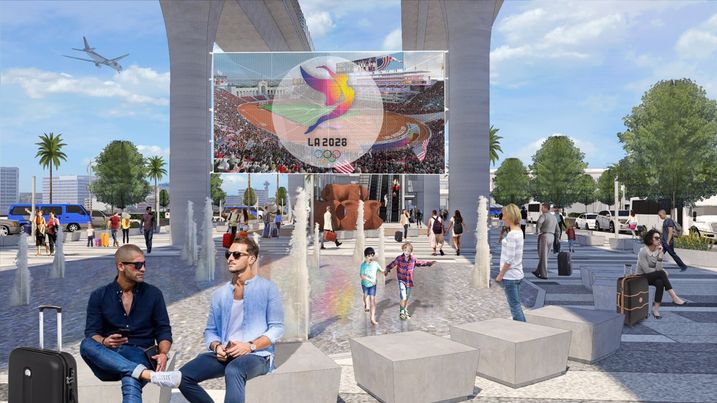 Courtesy of LAX
Rendering of East Plaza at LAX

The city and LINXS is developing the people mover that will travel 47 miles per hour on a 2.25 mile, 50- to 75-foot elevated guideway. The people mover could carry 10,000 passengers an hour.

In a separate public-private partnership with the city, LA Gateway Partners is developing a four-story, 5.3M SF Consolidated Rent-A-Car Facility, or ConRAC, with Aviation Boulevard to the west, Arbor Vitae Street to the north, La Cienega Boulevard to the east and the new 98th Street extension to the south. The facility will feature 6,600 car rental ready/return parking stalls, 10,000 idle-vehicle storage spots and 1,100 rental car employee parking spaces, according to LAX officials.

Most importantly, the facility will free the airport terminals of the large rent-a-car shuttle traffic.

In between the airport and the ConRAC, there will be other new stops:

An Intermodal Transportation Facility-East on Aviation Boulevard will have a dedicated kiss-and-ride drop-off area and more parking on a surface lot.

The Intermodal Transportation Facility-West, between Westchester Parkway and 96th Street, is a five-level parking structure containing 4,700 parking spaces. There will be new pedestrian walkways and plazas. On the ground floor, the facility will house the LAX Security and Badging Office. Swinerton Builders won the bid to design and construct the project. 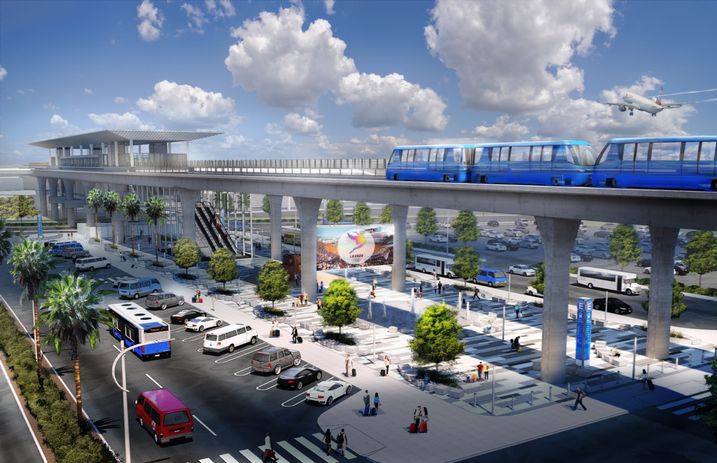 The people mover will also connect to the Crenshaw/LAX Line, the Green Line and regional buses in a new Airport Metro Connector station that is currently being built.

The new stations will not only improve passenger options but also help the 55,000 badged employees who work at the airport.

From the ConRAC to the Tom Bradley International airport terminal will take about 10 minutes. The people mover is free to use and will run 24 hours a day, 365 days a year, LAX officials said.

Along with the improved method of transportation, there will also be a new "Experience L.A." exhibition hall with an 800 SF LED screen welcoming visitors as they enter the airport.

The people mover is slated to break ground in the second quarter of 2019, Sampson said. It is expected to be completed by 2023.

The ConRAC and other facilities are expected to break ground sometime in 2019.

Hear more about LAX's modernization project at Bisnow's LA Repositioning and Emerging Markets event Dec. 6 at The Torrance in Torrance.