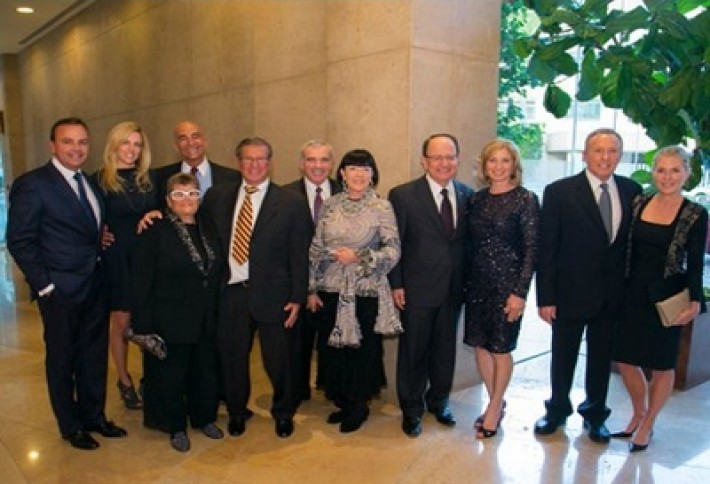 USC Lusk Center for Real Estate chairman Stan Ross, fifth from left, was honored at a 20th anniversary bash for the USC Ross Minority Program in Real Estate, which raised more than $1M. Perhaps co-chairs Rick Caruso, Tom Barrack, Ed Roski, and Donald Bren (plus USC president Max Nikias and their spouses) could've come up with that much just by digging under their sofa cushions, but then more than 600 RE industry leaders and alumni wouldn't have enjoyed a glamorous evening. 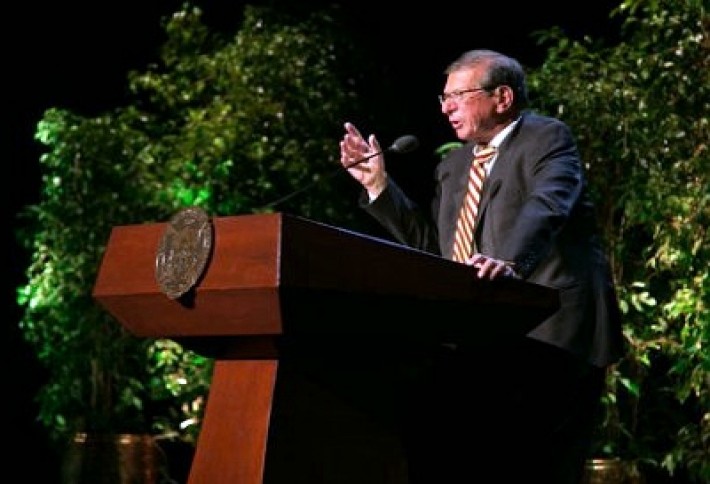 Following the LA riots in 1992, USC together with the former CRA launched the Minority Program, which has trained hundreds of students in the RE fundamentals with the goal of boosting redevelopment opportunities in urban communities. A monetary gift from Stan and wife Marilyn made the program a permanent institution at USC in 2003. The Lusk Center has an endowment campaign under way to permanently preserve the Minority Program in their names.