You've heard talk of office tenants being priced out of Santa Monica? Here's another example:Kinetic Content, currently in two buildings in downtown Santa Monica, has subleased more than 18k SF in the Wilshire Landmark building in Brentwood. 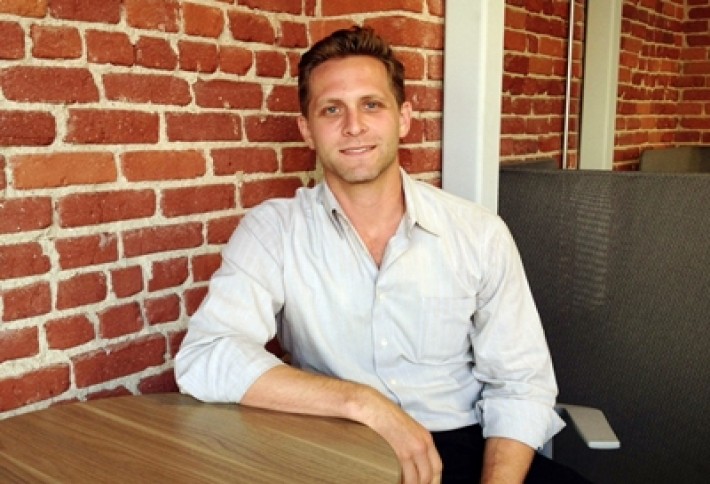 Yesterday, we chatted with tenant rep Kevin Simpson of rsf LA, who tells us the TV production company (Betty White's Off Their Rockers; The Taste with Anthony Bourdain) will occupy the entire 20th floor starting in July. It was facing a lease expiration and a big rent hike. The company would have liked to stay in the beach city, Kevin says, "but it doesn't make sense for them financially." The company toured options in Playa Vista, Culver City, and West LA before choosing the Wilshire Landmark deal, which nearly doubles its space at the same cost. Kevin notes a number of tenants signed leases in downtown Santa Monica during the downturn. "Now that their leases are expiring and they face significant rent increases with asking and strike rates approaching historic highs, we are seeing a trend of these tenants relocating out of Santa Monica." The sublessor was represented by LesMark's Mark Berman. 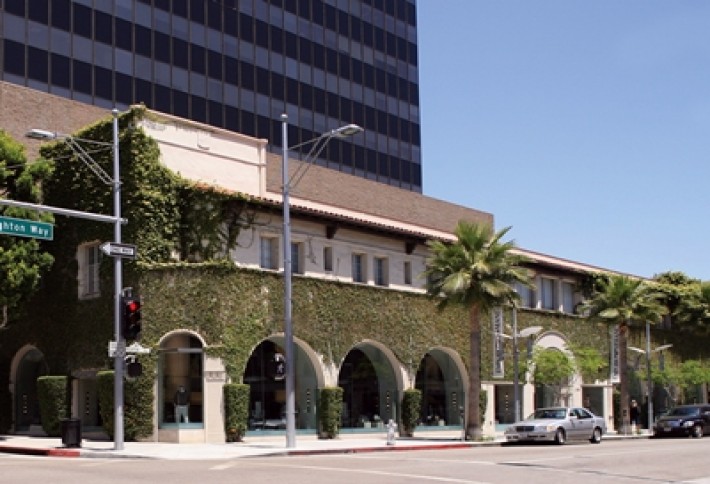 Jenel Management, a New York-based private RE investment and management company, bought the Giorgio Armani building (9533 Brighton Way) in Beverly Hills' Golden Triangle from GLL Real Estate Partners. The 18k SF retail and office building is fully leased to the Italian fashion house. According to managing director Michael Zietsman of Jones Lang LaSalle's capital markets team (which is always impeccably dressed), who represented the seller with VP Patrick Inglis, the property offers upside potential by increasing rents to market level, and is well-suited to return to multi-tenant use should Armani decide not to renew.

Some 35 million cans of tuna is more than just thenet worth of an extremely wealthy cat. It's the monthly processing output of the Bumble Bee Seafoods facility in Santa Fe Springs. Colliers International's Clyde Stauff just sold the building (13100 Arctic Circle) on behalf of seller Harbor 91 Ltd for $10.7M. Voit repped the buyer, a private family trust.

Kennedy Wilson made its second Salt Lake City multifamily acquisition in the last six months: the 450-unit Foothill Place, for just under $62M. Chairman William McMorrow notes SLC is one of the few metros where employment now exceeds pre-recession levels, and rents have risen 4%. 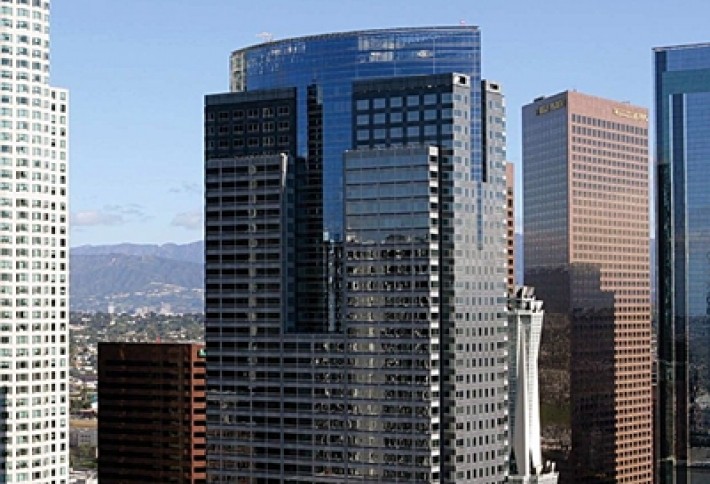 Brookfield Office Properties entered into a definitive merger agreement with MPG Office Trust, under which the latter will be acquired by a newly formed, Brookfield-controlled fund. Called DTLA Holdings, the fund will own both Brookfield's existing Downtown LA office assets and all of MPG's assets. The merger's expected to close in Q3, subject to approval by MPG's common stockholders and certain consents from its lenders. The fund's portfolio will include seven Class-A office properties totaling 8.3M SF, including Brookfield's 601 S Figueroa building and MPG's Wells Fargo Tower and Gas Company Tower (above).

A partnership between Behringer Harvard and CT Realty Investors sold Interchange Business Center, a three-building complex totaling 667k SF on 34 acres in San Bernardino, to a privately held real estate adviser. The property, which includes a fourth building that was sold in October, was acquired in November 2010 in Behringer and CT's third JV.

American International Industries, a beauty products manufacturer and distributor, bought a 45k SF industrial building in Commerce (5858 Smithway St) from Tansavatdi Family Trust for $5.6M. Lee & Associates repped both sides: Jack Cline and Jeff Bethel for the buyer, and Tom O'Loughlin and Jeff Huberman for the seller. The building is adjacent to the buyer's HQ on Gaspar Ave.

A private investor bought a 19k SF office building, consisting of 29 small suites at 11712 Moorpark St in Studio City, for just under $4M. Lee & Associates-LA North/Ventura's Darren Casamassima, who repped the seller along with Commercial Asset Group's David Aschkenasy, spent several years stabilizing the property to an occupancy level close to 90% before selling it in the off-market transaction. The buyer represented itself.

The architectural preservation firm Architectural Resources Group has relocated and expanded its Pasadena offices to the 8 Mills Place Building in Old Pasadena. The Grazioli Co's Al Grazioli repped ARG in the five-year, 3,371 SF lease on the top floor overlooking Colorado Boulevard. The building is historic, so landlord Barbara Nyberg, who was represented by Sauve Riegel's Norman Sauve, may get a two-fer: a tenant that pays rent in the building and, if it starts to wear out, knows how to preserve it, too.

PCA Aerospace leased more than 129k SF of manufacturing space at 18620 S Broadway in Carson in a five-year deal valued at $3.6M. The Saywitz Co represented the tenant, while Prologis' Rob Antrobius negotiated on behalf of the owner. 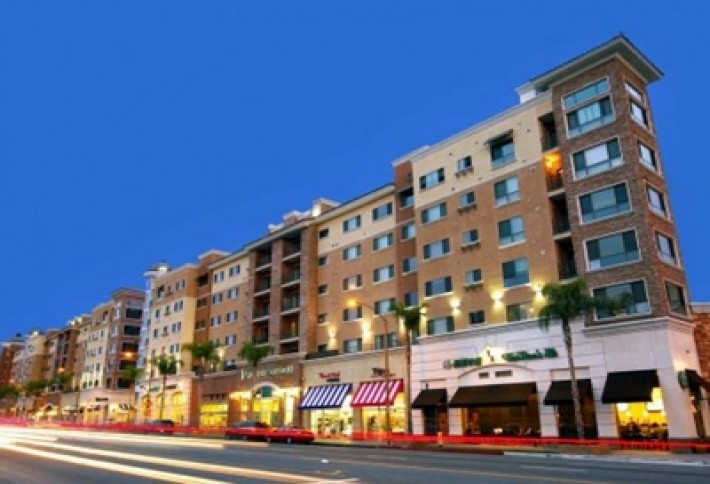 Continental Funding Group president Mitch Paskover arranged a $74M refi of the construction loan for Atlantic Times Square, a mixed-use property in Monterey Park. The newly completed six-story project consists of three residential towers containing 210 condos, half of which are being leased as apartments, on top of nearly 214k SF of retail space that's 94% leased. Retail tenants include a 14-screen AMC Theatre and a 24 Hour Fitness.

Thomas Properties Group's common stock, which is currently listed on NASDAQ, will begin trading on the NYSE on May 8.

Alan Hearty, a trial attorney in Allen Matkins' Century City office, was elected to the firm partnership, effective July 1. Recently, he co-chaired a jury trial that obtained a multimillion-dollar verdict for a publicly traded REIT in an industrial lease case. Alan, who was born and educated in Ireland, has also been a recipient of the Irish Legal 100 award, putting him in the company of legal luminaries like US Chief Justice John Roberts and Associate Justice Anthony Kennedy.

What's the last fad you actually participated in? Tell us at julie@bisnow.com.