Zurich Insurance has purchased 10780 Santa Monica Blvd, a 94k SF office building in West LA, for a reported $27M in an off-market deal. The price represents a 7% cap rate on the building's existing net income. 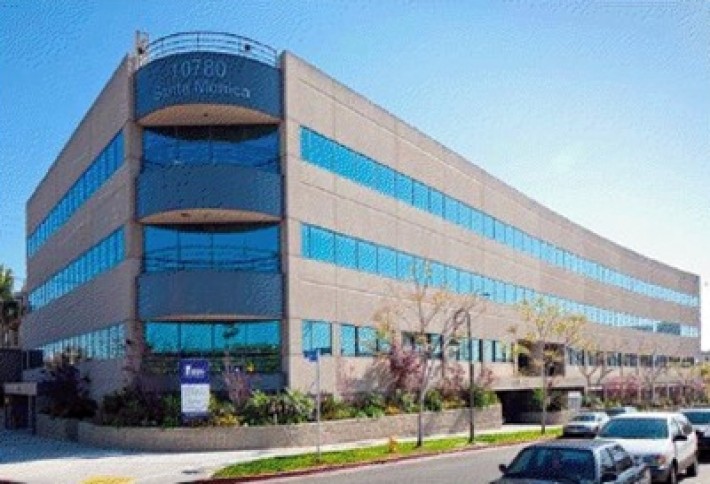 The building, surrounded primarily by retail and residential properties with little land available for new offices, was 95% occupied at close of escrow. Madison Partners' Bob Safai and Matt Case repped the seller, a JV between Angelo Gordon and Cambra Realty.Since the New Year started, there's a "definite spotlight on LA" as an office and investment market, Bob told us yesterday. With improving fundamentals, he foresees an uptick in this undervalued market. Bob has sold about 90% of the major office buildings (50k SF and above) between the 405 Freeway east to Century City--140% if you consider he's sold a number of them multiple times. He last sold 10780 Santa Monica in 2007. Madison's Joe King and Steven Salas will continue to do the leasing on behalf of the new owner. 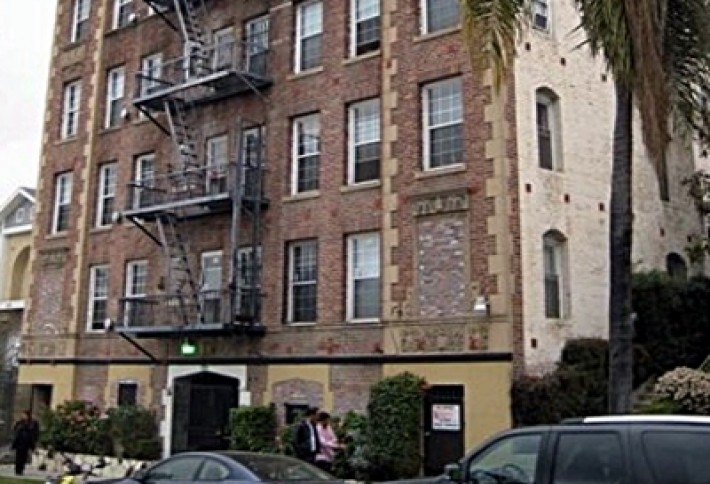 Oxford Grand LLC bought a two-property apartment portfolio totaling 111 units from Gramercy Artiste Ltd and Oxford Artiste Ltd of LA for just under $9M. The properties, which include a 38-unit building at 974 S Gramercy Place (above) and a 73-unit all-studioproperty at 960 S Oxford Ave, were built in the 1920s. Hendricks-Berkadia's Brent Sprenkle negotiated the deal. 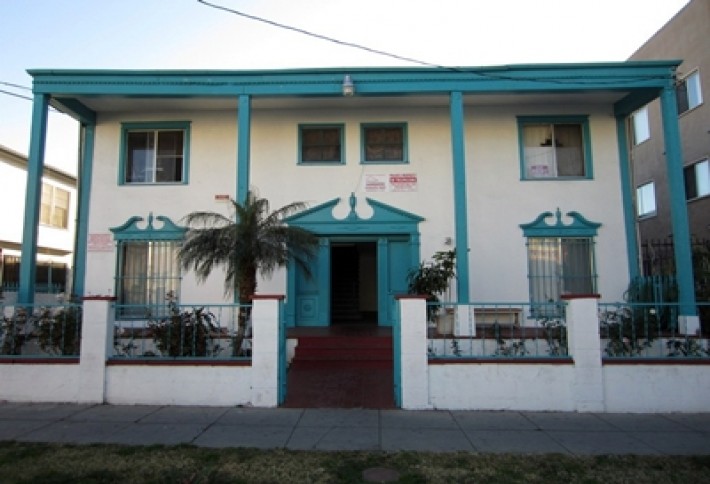 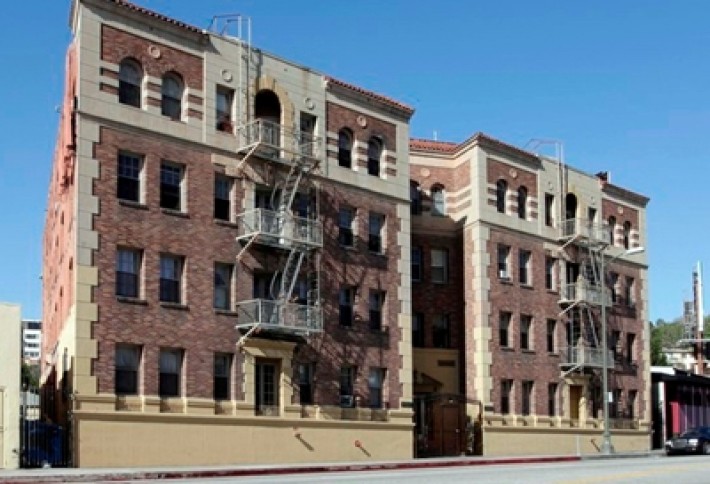 Avondale Hollywood LLC bought the 58-unit Avondale Apartments, a 1920s vintage property at 1825 N Cahuenga, for $6M. Madison Partners' Darin Beebower was the listing broker and also represented the seller, another LLC--his fifth transaction between the same buyer and seller over the past three years. 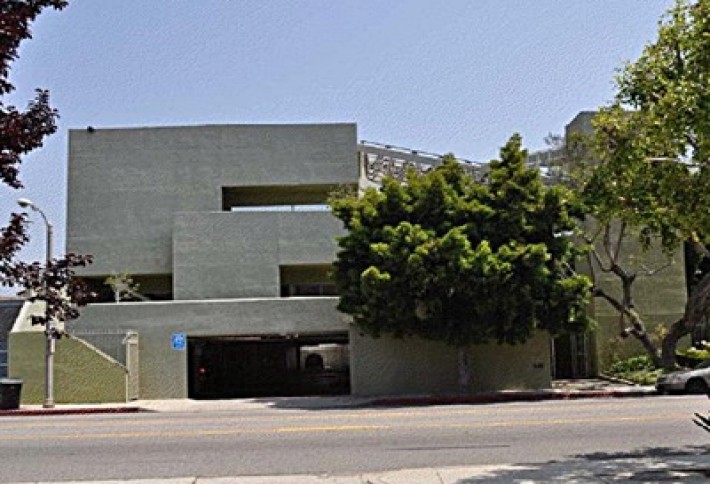 32 Enterprises LLC bought a 20-unit apartment complex in LA(11833-11837 S Figueroa St) from D & K Investment Properties for nearly $1.7M. Marcus & Millichap represented both sides:Rick Raymundo for the buyer, Joshua Cohen and Walter De La Torre for the seller. The property was built in 1955 and sits on two separate parcels. 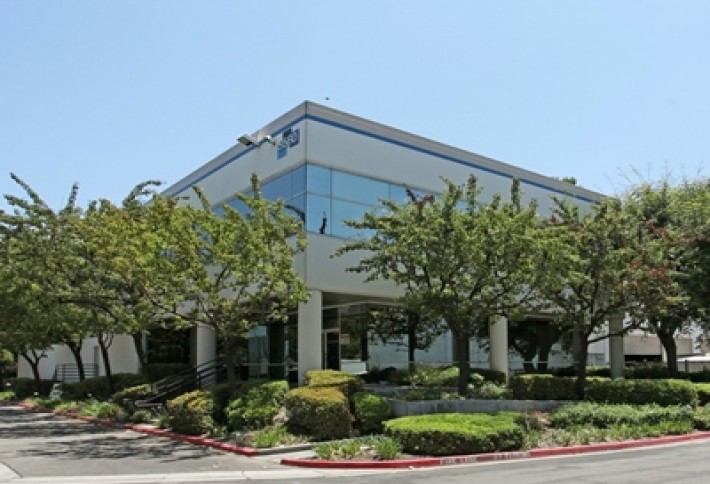 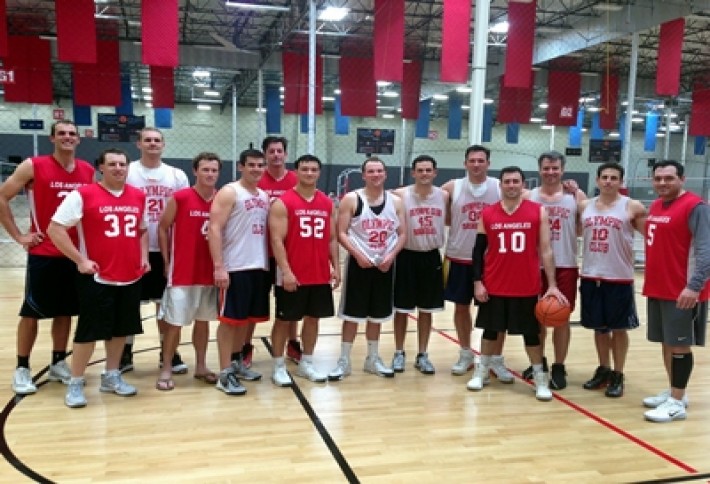 White men can jump. Real estate professionals from CBRE's LA office (in red) recently joined their colleagues from San Francisco (in lightshirts), Orange County, and San Diego for the company's second annual California State Basketball Tourney in Anaheim. The event started as a freeway competition between CBRE's SoCal offices in 2010 and has grown into a statewide contest, complete with refs and someone keeping official stats (since brokers love data points). Jeff Moore, senior managing director in Newport Beach, says organizers hope to expand further by including CBRE offices from different states and perhaps go national.

Commercial Brokers International launched a hospitality division headed by VP Dan Fagan. The new group will provide assistance in the acquisition and disposition of restaurants and nightclubs as well as hotels and motels. 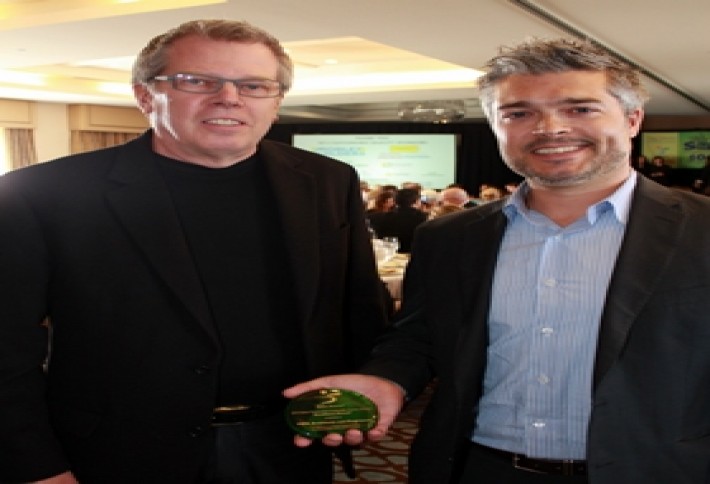 Darren Shibuya joined the West LA office DTZ as SVP of transaction advisory. Shibuya (no relation to DTZ Group president Robert Shibuya)spent the past 20 years as a principal in Cresa's LA office, representing corporate tenants in more than 100 cities across the US including Kaplan, Red Bull, Arts Institute, and JD Edwards.

Scott Meredith joined Johnson Capital as an SVP in the firm's Century City office. Before this, he was managing member of Granite Commercial Capital, which he founded in 2009, and previously a director with George Elkins Mortgage Banking.

Transwestern has added Michael Soto as SoCal research manager, based in the LA office. Formerly with Colliers, he'll oversee research operations for the region as well as perform research and analyses on behalf of Transwestern's clients.

Karinna Cassidy and Ashley Arthur joined Cassidy Turley as SVP and VP, respectively, responsible for leading the Metro LA property management team. Regional managing principal Jonathan Larsen, who worked with both women in his Trammell Crow days, says establishing an outstanding property management operations is the "next step" in the firm's growth here.

Ola Johansson joined Thornton Tomasetti as an VP, responsible for helping the LA office strengthen its foothold in major CRE projects in the West and increasing relationships with US architects involved in projects in the Pacific Rim.

Don't make us jump through hoops; send your CRE news to julie@bisnow.com.