Steve Martin may have been onto something when he said, "Let's get small," as some developers are discovering. But teensyapartment units geared toward the Gen Y set, or weensy restaurant spaces aimed at helping budding food entrepreneurs, are no joke. 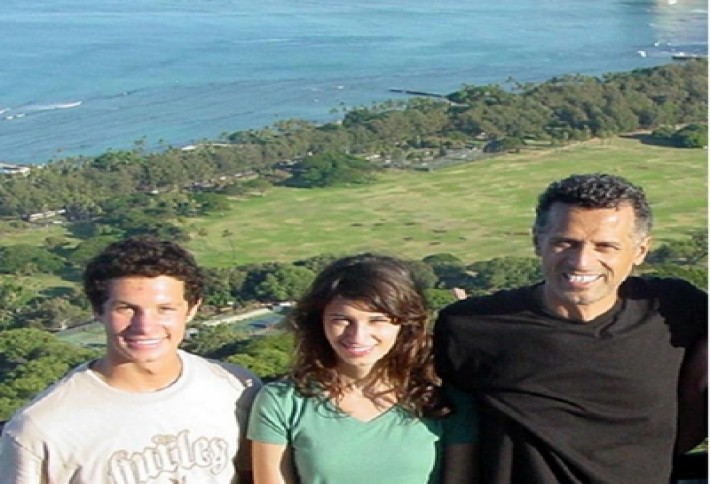 On May 1, AMF Development will open the 208-unit Elev Lofts & Skydeck Glendale, where 40% ofthe projectis aimed at the Gen Y set. The mix includes micro flats containing a bedroom, full kitchen, living area, and full bathin under 400 SF, chief development officer Alan Dibartolomeo told us yesterday. We'd like to say he got the idea watching tiny Hawaiian birds build tiny nests while climbing Diamond Head with his kids. Actually, Alan says AMFD looked at the changing demographics through census info and a phone survey it conducted a couple years ago, with theintent of finding what product would lead coming out of the recession. The builderfound that the percentage of adults aged 20 to 35 who were single "had zoomed to 81% around 2010 from 67% 20 years earlier." 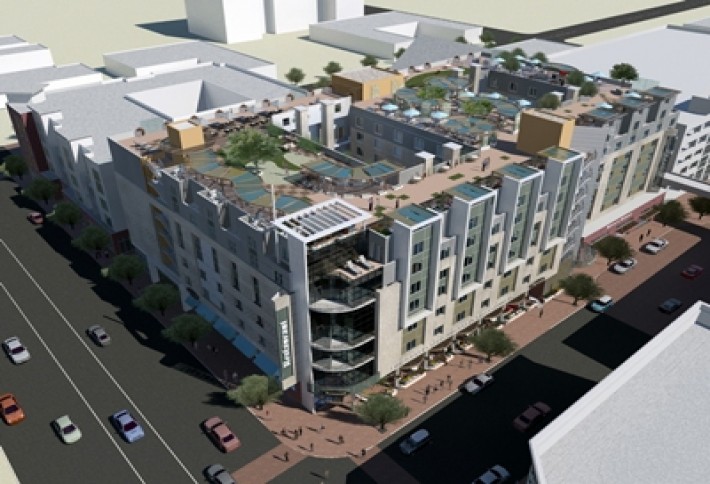 The rooftop at Elev includes a 26k SF skydeck with a fully equipped dog park (aren't dogs scared of heights, or is that just us?), spa, and outdoor media center with WiFi. Up to 62% of AMFD's survey respondents say they would pay more to have a unit all to themselves, versus living with roommates. "We knew that incomes would be limited coming out of the recession," Alan says. The challenge was to give these earnings-challenged young Millennials the technology, entertainment, social offerings, and affordability they crave, all in the same box, the solution being to splurge on the social space and save on the private space." The splurge includes a rooftop that's 100% available for residents' use. 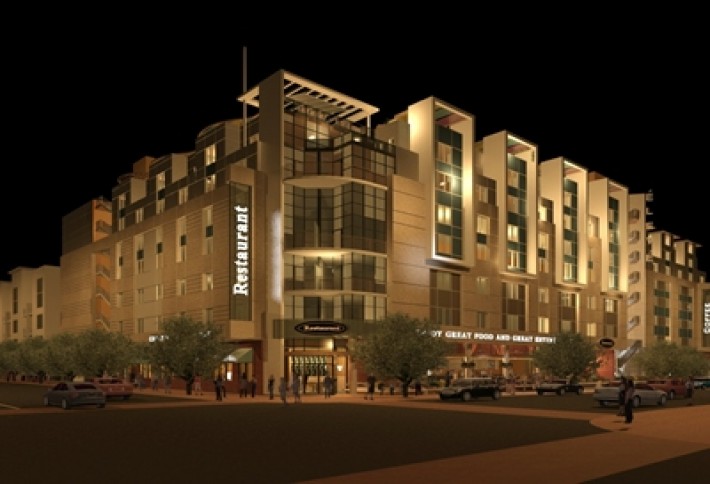 The project at night. Walkability to restaurants, shops, and transit around the project serve as additional amenities.

Alansays the micro units at Elev,which was designed to LEED Silver, packs a lot into limited space because some itemspull double-duty: appliances that wash and dry in one cycle, a microwave that's also an oven. He says AMFD decided to focus on Gen Y because they're a large source of renters, especially in the urban areas with strong job growth where the company is focused, while its investors like the micro units because they deliver a higher value on a per SF basis. (Standard two-bedroom units comprise the balance of Elev.) That said, if the market changes in the future "and we don't have somebody backfilling the Millennials,"the units stack so that three micro flats can be converted into a two-bedroom unit. In his free time, Alan likes road cycling such as the Solvang Century, a 100-mile ride for charity.