Get the Red out--that's the mission of the Pacific Design Center's new SVP/director of leasing, Jeff Lasky. The 400k SF RedBuilding, which received its certificate of occupancy in February, is in the market for tenants. (So if red really brings out your eyes, this might be the building for you.)

Following the tenures of three outside brokerage firms that previously leased the project, Jeff tells us the newly created position represents a switch in gears--to have a dedicated person within PDC owner Cohen Brothers Realty Corp who would run the leasing program as a large institution would. The 20-year Westside office veteran joined the company from CBRE and has worked on the large institutional landlord side for the past 10 years. But Jeff understands tenants' needs too--earlier in his career, he was a tenant broker with Studley. 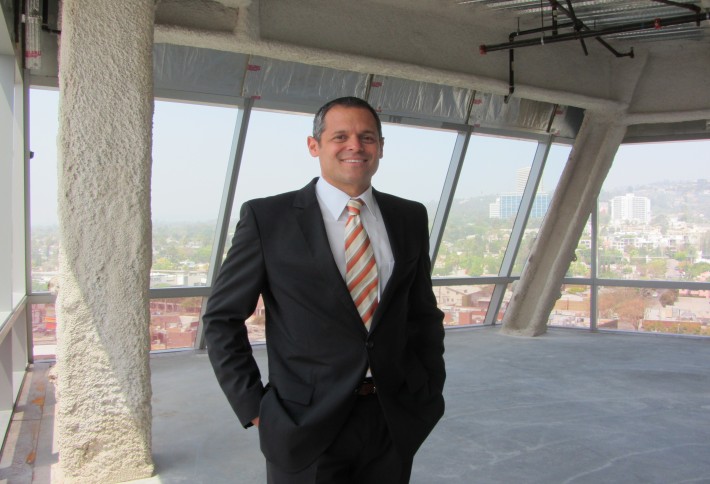 He expects the Cesar Pelli-designed building will be attractive to cutting-edge, creative, tech, and entertainment-related tenants that find value in a signature location with iconic architecture, "which allows them to brand their company and build a culture." While FIRE tenants traditionally haven't located in this market, the building likely will appeal to high-net-worth money management firms and other users that need a unique identity. 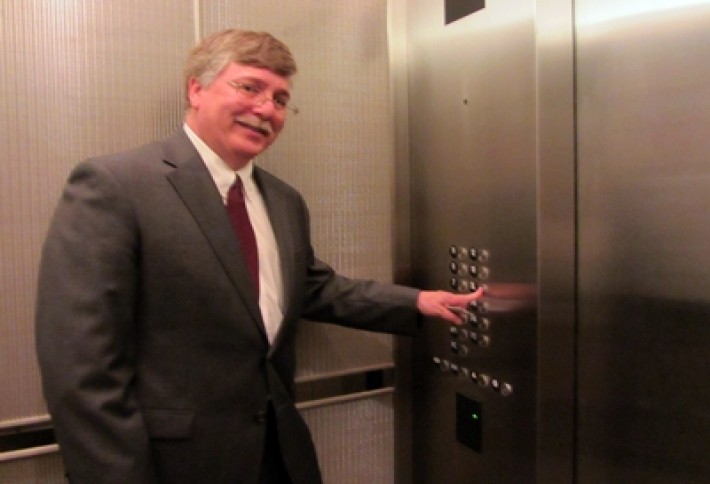 The PDC's GM, Howard Hyde, took us up in the VIP elevator (finally an excuse to wear ourmonocle) to the sky lobby that connects the RedBuilding's two towers. Cohen Brothers president Charles Cohen is moving his West Coast real estate and media operations from the Blue Whale into the RedBuilding's east tower. 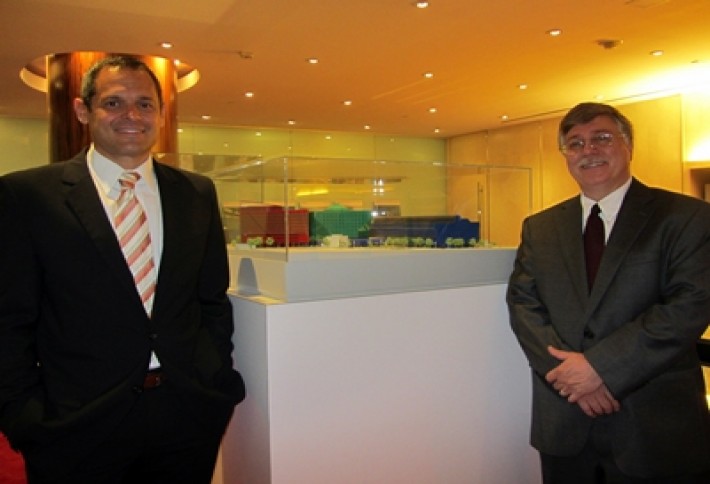 Citing the market and economy, Jeff notes there have been lots of long-term renewals but very few large net new transactions in the past five years. Tenants haven't been willing to make large capital investments in their real estate or are making more efficient use of their space. However, as the economy turns, he's starting to see activity from some of the larger users. According to Jeff, the project is in discussions with several tenants for leases ranging from one to four floors.