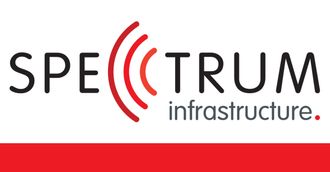 Good connectivity is fast becoming a selling point for a building. Tenants, whether residential or commercial, increasingly refuse to put up with a bad mobile signal or dodgy WiFi at the top of a high-rise block.

But what if good connectivity was not a nice-to-have, but a matter of life and death? It soon could be. The UK is beginning to roll out a 4G-enabled technology that will stop emergency services from being able to communicate effectively in large buildings.

“This is a matter for national security and public safety,” Spectrum Infrastructure Director Liam Graham said. “And the real estate industry needs to be educated about it.”

A new connection for emergency services

Until now, the UK’s emergency services have been communicating using a mobile network called TETRA by Airwave. As a low frequency radio system, TETRA is very reliable and has very good coverage across the country, including in large and tall buildings.

However, it has almost no capacity to stream data such as videos, artificial intelligence-enabled clothing and so on, which could be incredibly useful for emergency response teams. Imagine a first responder being able to stream a live video to a hospital to ask for advice from a doctor.

In a bid to embrace new technologies, the UK is becoming the first country in the world to stop the emergency services communicating via TETRA. Instead, they will use a 4G-enabled service by EE, known as Emergency Services Network.

“The more eco-friendly buildings are becoming, the worse they are for letting in mobile signal,” Graham said. “Metal mesh in walls for insulation or reflective glass, along with other modern techniques, all work to keep out mobile signal. In tall buildings, a mobile can see several cell towers on rooftops delivering conflicting radio frequencies that confuse the device and make it difficult to initiate calls and internet sessions.”

The government is not offering any help to the owners of large buildings to install any mobile coverage infrastructure. A document from the Home Office states: “EE will provide ESN coverage along major and minor roads, selected buildings, road tunnels and railway facilities, as well as 12 miles out to sea and up to 500 feet above the ground.”

“Selected buildings” will include some large public buildings, said Graham, who has been in discussion with EE and their ESN team about plans. It won’t include general mixed-use, residential or commercial buildings.

Instead, the emergency services will bring along mobile units that will emit ESN, perhaps mounted on vehicles or drones. These could bring coverage to more rural locations to respond to flooding, for example. However, they might not be viable in dense urban environments — the top of the Shard is a long way up, for example.

Consultancy firm Quixoticity Index’s chief designer, Peter Clemons, has been watching the emergence of this technology with concern, having advised countries on critical communications for the last 20 years.

“ESN is a commercial solution to a public safety problem,” he said. “This means that BT/EE needs to be able to make money to satisfy its shareholders while fulfilling its contract with the Home Office.

“Although in general terms, a nationwide public safety broadband network dedicated to emergency services is not viable because of the enormous cost and time it would take to commission and build it, most European countries are taking a hybrid approach. They are continuing their TETRA networks for as long as necessary, while building mission critical LTE [4G] coverage where required, such as in tall buildings.

“This is a complex matter, but one that needs more attention from ESN, UK authorities, building owners and the general public, especially those who live and work in such environments.”

Many landlords are already considering installing a multi-operator solution that covers networks such as O2, Vodafone and Three for general connectivity, so including EE will incorporate the new ESN. It is an expense, but connectivity is not just an issue for emergency services.

“The market for in-building coverage is driven by tenants, when they move in and realise they haven’t got any signal,” Graham said. “We are seeing more and more office fit-out requirements including a section on good mobile coverage. So as building owners are increasingly planning to install cellular coverage, now is a good time to include ESN, or EE.”

Pressure from tenants to improve connectivity could increase once the news of ESN trickles through. At some point, perhaps the UK government will legislate that building owners must guarantee coverage, as other European countries are doing.

“It took the national emergency of the 7 July 2005 bombings in London for communications infrastructure to be installed on the London Underground for staff and the emergency services,” Graham said. “Due to the lack of connectivity, the police, fire and ambulance departments were unable [to] communicate during the event. The real estate industry needs to understand the importance of reliable cellular connectivity in their buildings.”

Connectivity is a moving target, particularly as new technologies such as 5G lurk on the horizon. However, a bit of planning now if you are developing a building really could save lives in the future.

This feature was produced by Bisnow Branded Content in collaboration with Spectrum Infrastructure. Bisnow news staff was not involved in the production of this content.

Spectrum Infrastructure
What we do is simple! We give you mobile signal indoors. ​ Reliable mobile signal is the new utility in today's society. Whether we're calling a co-worker, family member, browsing the web, checking email or uploading pictures to social media, the expectation is to be connected everywhere! ​ As an independent Managed Service provider of in-building wireless systems, we have a range of technologies suitable for any scope of project. Over a single hardware layer, we can deliver all UK Mobile Networks, 2 way radio and the Emergency Services - currently TETRA, soon to be replaced by ESN - Emergency Services Network by EE. After spending years delivering IT and Telecoms Managed Services to global organisations, we understand the importance of reliable, business critical systems and on-going support. Not only do we install best in class technology, Spectrum have invested heavily in a world leading software platform to consolidate our CRM, engineering schedule, SLA reporting, ticketing and billing systems, to the benefit of our staff and customers. Spectrum have the experience, know how and service to you keep you covered! We Are Wireless.
Confirmed! You are subscribed to the Bisnow London E-Newsletter.
Most Read Stories
More Top Stories
Bisnow London Newsletter
Bisnow London Newsletter