A Look Inside The Most Sustainable Office Tower In London 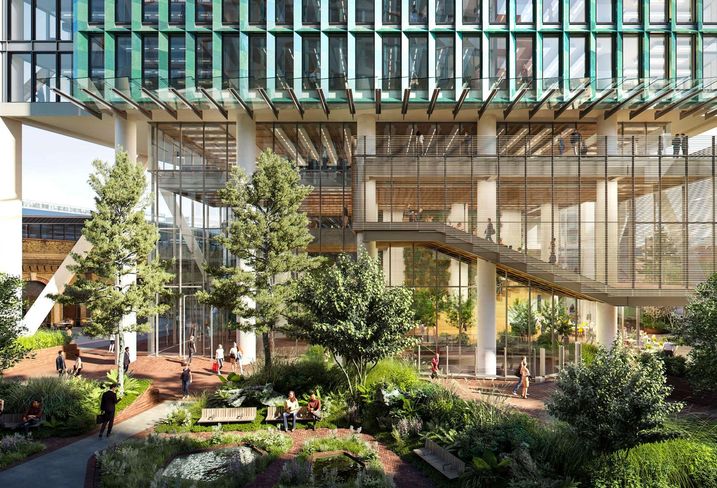 Courtesy of Edge Technologies
A new public park will be built in front of Edge's London Bridge scheme.

Amsterdam-based Edge Technologies is renowned as one of the world’s most innovative developers: Its schemes in the Netherlands, Germany and the U.S. have pulled in investors and occupiers drawn to the way Edge uses cutting edge tech to produce the most sustainable new buildings around.

Last week the company unveiled plans for its first London development, Edge London Bridge, where it has submitted plans for a £450M, 255K SF office tower. The building has been designed to achieve a BREEAM Outstanding rating and a WELL Platinum certification, and it would be the first office tower in London to achieve top marks from both certification bodies.

Bisnow caught up with Edge Chief Operating Officer Boudewijn Ruitenburg to get an inside view of the strategies the company will be utilising to make the building as sustainable as possible.

Bisnow is holding a webinar on making your business and building as sustainable as possible on 12 May. Register for the event here.

A significant amount of the carbon created by a building is emitted during its construction process, particularly in the production processes used to make concrete and steel. For that reason Edge is looking to use as much timber as possible in the building’s structure, to minimise the amount of these carbon-producing materials. While the construction of a 26-storey tower is not (yet) feasible using only timber, internal, non-load-bearing parts of the structure will use timber instead of concrete and steel.

“We have done the calculations to find the optimum balance between timber, concrete and steel,” Ruitenburg said. “Having internal areas use timber also gives the building more flexibility to be adapted by occupiers.” 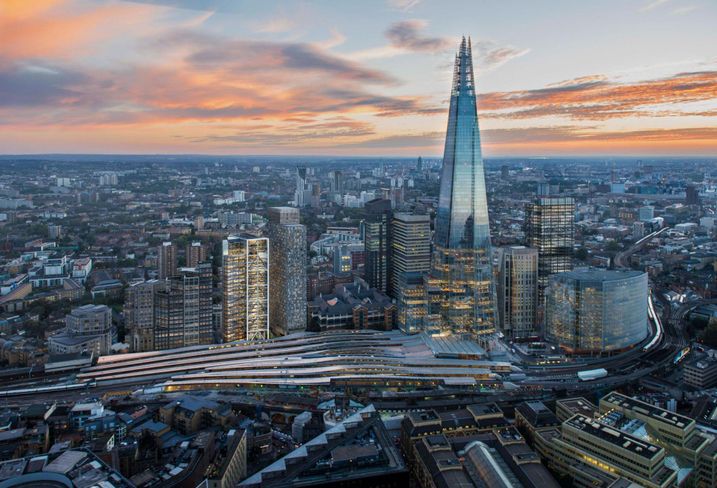 Concrete is responsible for about 8% of global carbon emissions, due to the energy consumed during the production process of cement, one of its components. For that reason Edge is also looking to use as much recycled concrete as is feasible, rather than relying solely on new materials.

A Breath Of Fresh Air

Edge London Bridge will use an underfloor air supply system combined with natural ventilation, where air enters the building from the bottom and is drawn up through the building before being emitted from the top. This means air is not recycled, or old air mixed with new.

“We were planning this system before the outbreak, but especially in the wake of coronavirus, we think the amount and quality of fresh air in a building is so important for the health of the people who use it,” Ruitenburg said.

The facade of the building has been designed to optimise daylight on the floors, whilst minimising solar gain and heat loss. The terra-cotta fins of the building provide natural shading, which together with a radiant cooling system significantly reduces the energy consumption of the building.

Edge’s buildings have for several years made use of sensors to monitor how space is being used, and Edge London Bridge will be no different.

“In our world today, we are always either heating or cooling a building, unless there is no one in there at all,” Ruitenburg said.

By using sensors to see how many people are using a particular floor, specific areas can be heated or cooled in a more targeted way, rather than in a blanket fashion, reducing the amount of energy consumed.

A Building That Learns

Ruitenburg said the building management system that will be utilised can over time gather data on how and when the building is used and begin to detect patterns, to predict how it will need to be heated and cooled and then use energy more efficiently. Eventually this could be combined with weather forecasts to try and make the heating of the building even more accurate.

The building will have a new public park in front of it, plus a triple-height atrium open to the public with green walls and lot of plants. The public will be able to use the ground-floor coffee bar as well as an auditorium.

“We think it is very important that a building has a connection to its place, rather than just being a block on its own,” Ruitenburg said.