Why Student Housing Is Relaxed About Pandemic Shutdowns, But Universities Are Mad With Anxiety

Britain’s universities face an immediate £790M shortfall, and have asked for a £2B government bailout. They fear a massive decline in overseas student numbers will push them into insolvency.

Yet student housing developers and operators seem relaxed about the loss of £386M in rent (so far), and a large segment of their potential tenants for the next academic year. 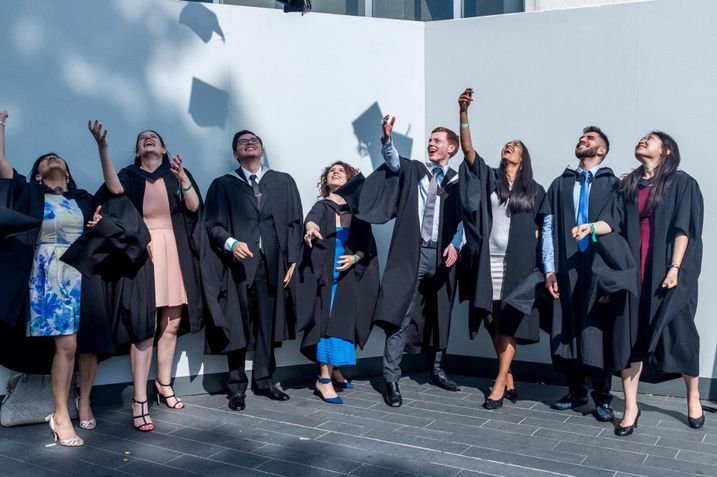 Purpose-built student accommodation, or PBSA, has been a UK property success story: 70% of the £7.7B annual European investment market in student housing comes to the UK, according to data from Savills. Blackstone’s February 2020 £4.7B purchase of the iQ student housing portfolio from Goldman Sachs and Wellcome Trust confirms that investors don't just like student housing, they love it.

Yet at the same time as PBSA takes flight, UK universities have been landing with a bump. Over-optimistic overseas student numbers, financial reality  and spiralling debt has caught up with them.

Then, along came the coronavirus, and the potential for overseas student recruitment and retention fell through the floor. Up to £2.5B of tuition fee income could be lost, a catastrophe for institutions owing, collectively, £11.8B for repayment this year. A demand for a £2B government bailout landed on minister's desks last week, but appears unlikely to yield a big payout.

If the universities are panicking, and they appear to be, should purpose-built student accommodation investors and operators be panicking, too? 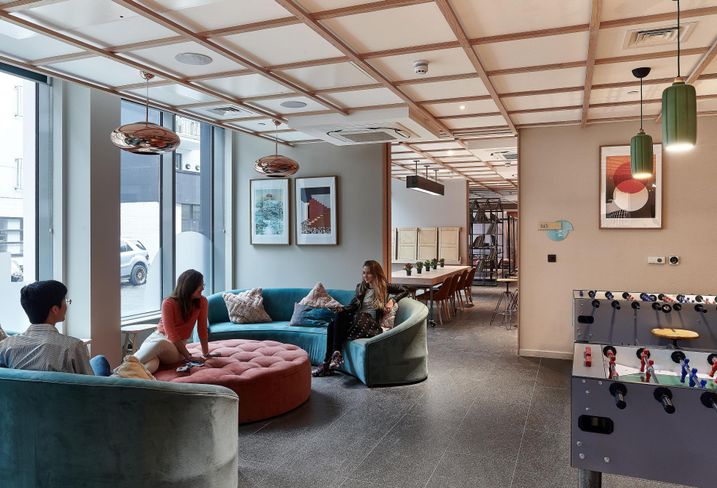 If Cushman & Wakefield is right, and private student accommodation providers across the UK are relinquishing up to £386M of rental income due to the suspension of on-campus teaching on 17 March, then a reaction somewhere on the panic-spectrum might not be unreasonable.

Unite Students and iQ Student Accommodation, the UK’s two largest operators, are both offering no further charges from mid-April for students who choose to cancel their contracts. The total value of rent forgiveness being offered by these two providers alone could reach as high as £250M, although many students have chosen to remain in residence.

This is a massive hit to income, a hit that lands even harder on providers who have signed a larger number of nomination agreements (block-booking deals) with universities.

Whilst on the face of it having a single tenant makes cash flow safer, in circumstances like today's it makes things tougher, because the universities are in a stronger position to demand refunds (and lower bed rates in the next academic year) than individual tenants. The nomination agreement route was already being flagged as risky as far back as January this year, with Lancaster University’s 4,347-room deal with UPP to provide accommodation until 2051 attracting a frown from S&P.

Today the problem for nomination agreement providers is considerably worse. UPP, which has 36,000 rooms, issued a statement on 16 April saying just 25% of accommodation was occupied, but added: “We are expecting that our university partners will discharge their primary obligation to pass rents under the relevant project documents and on this basis are not expecting an impact on revenues.”

On 20 April, confronting an S&P decision to revise downward the current credit rating on its £530M senior secured debt from A- to BBB+, UPP insisted bookings for the 2020-21 year were ahead of 2019-20 bookings, and all was well.

Unite told a similar story, confessing to taking an income hit of £90M to £125M in 2020, cancelling its final dividend, but insisting bookings for 2020-21 were looking good, tracking reservations at about 78%, a healthy figure comparable with last year.

The markets were obviously spooked: News of the rental rebates saw the share prices of Empiric Student Property, GCP Student Living and Unite itself take a hit. But according to observers, the PBSA providers are not in danger. Panic is an inappropriate response. 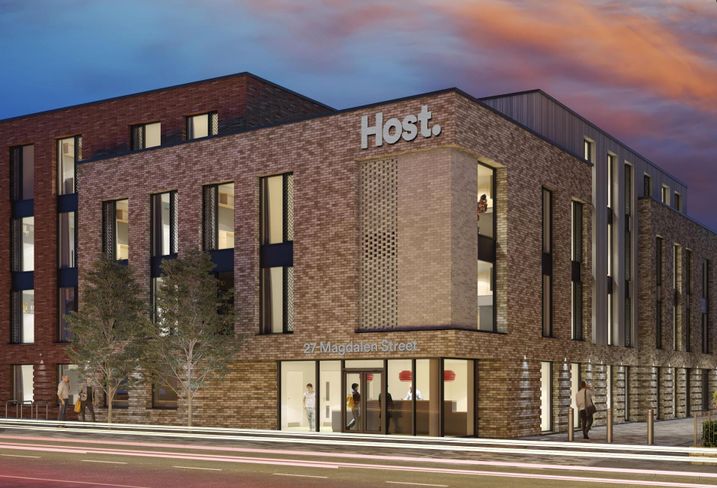 Courtesy of Host
CGI of Host's forthcoming accommodation in Colchester, a £16M, 252 room scheme that is under construction by Tiger Developments.

Advisers and operators do not disguise their dismay at the loss of rental income but insist that it is manageable because the student housing market is strong, providers have cash and capital, and leverage is not a problem for them.

“Unite said it expected to lose 16-20% of total income for the 2019-20 academic year, and I expect it to land closer to the lower end, so it's bad news but not a cataclysm, but they may be worse hit than some others because of the number of nomination agreements they have," Savills Head of UK Student Accommodation James Hanmer told Bisnow. "Nomination agreements give income-certainty but also make the providers vulnerable because universities can lean quite heavily on them. I’d expect operators with fewer nomination agreements to lose between 10-15% of this academic year’s rent.”

Kevin Williamson is investment director at Host, which has 12,500 UK student beds and a pipeline of 1,100 more, acting on behalf of a constellation of global investors.

“Remember that the leverage on the big PBSA providers is not high," Williamson told Bisnow. "They are all financed in different ways, which makes comparison hard, but it is around 60-65%, with GCP maybe lower at 50%, Unite at 60%, but in no case is it worrying.”

And they have more money coming, if they want it, because investors are still hot for PBSA.

“We’re talking to people like Blackrock, overseas investors, they still see UK PBSA as an opportunity, can see long-term growth, and there is an opportunity to buy distressed stock from smaller, new entrants who may not see a way to short-term finance to take the the loss of value everyone is experiencing in this academic year. But for those smaller firms, they face the same problems anybody would in any sector, it’s not particular to PBSA,” Williamson said.

Optimism is founded on UK demographics, which indicates a surge in 18-year-olds in the years to 2030 producing between 50,000 and 350,000 additional potential PBSA tenants, depending on the rates of participation in higher education.

Optimism about 2020-21 academic year bookings might be a little premature, but Hanmer gives the impression that even a dip in reservations will not be fatal. “This is a bump in the road, students will be back on campus in September 2020, or January 2021, and yes that’s a hit to income but comparing student housing with the office market, or retail, it is relatively speaking a good place to be,” he said.

“The thing to remember is that this isn’t a structural problem, student housing still has a tremendously strong wind behind it: People want to study, both home students and overseas, and while income for the next 18 months will be bumpy, income will return.” 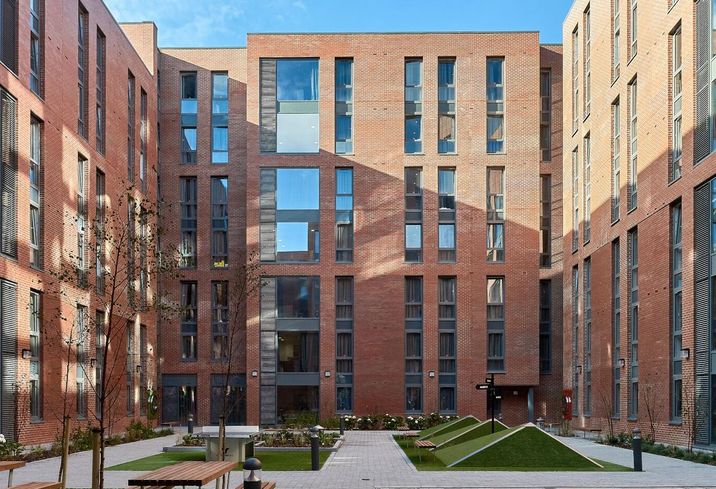 PBSA rental income will not bounce back in the 2020-21 academic year. It will be hobbled by a slow return of campus life; no-shows from overseas students and downward pressure on rents, not yet a big issues, but due to become one. All eyes are turning to September 2020 pricing, now being discussed internally by providers.

“It would be good to think things will be back to normality in the 2021-22 academic year, but the direction of travel for rents will be indicated in September 2020," Host’s Williamson said. "We may see rent frees for some types of rooms, particularly at the top-end, and we won’t see the eye-watering 4-5% rent increases we’ve seen recently. In some cities rents will rise by inflation, because occupiers will want maximum occupancy not rental growth in what we hope will be a recovery period.”

In the meantime PBSA providers will do their best to make their assets pay. “They will try to increase summer activity, with language schools, conference accommodation, short holiday-type stays, because student housing can be very adaptable, particularly in some of the UK’s bigger cities,” Williamson said.

So PBSA operators will be OK? Probably, yes, seems to be the consensus. Unlike the office sector, which will struggle to digest the combined impacts of recession, pandemic and over-indulgence in coworking space, or the retail sector that has long-term problems of its own, student housing has no structural failings for the pandemic to exaggerate. Rather, it has structural strengths.

And the universities? Their concern is that a drop in high-fee paying overseas student numbers in 2020-21 means, given the length of courses, a three- or four-year-long hit to income. Even if they substitute UK students, their income will fall because UK students pay less. This contrasts with a UK PBSA sector that operates year-by-year, with the assurance that UK students can fill the beds overseas students do not need, and few financial penalties for doing so.

The universities’ longer-range problems of debt and funding will only be resolved when some of the 130-odd institutions merge, or go bust or both, a process that the coronavirus pandemic might speed up, Hamner suggests. But this will not materially affect the volume of student housing required, or its distribution.

No sector is immune from a recession, and nobody can hope to escape the effects of a pandemic, but if you were to construct a list of property sectors that might reasonably panic just now, PBSA would not be on it.