Will 2020 Be The Year Private Equity Piles In To Distressed Retail?

There is a weird disconnect in UK property at the moment. The retail sector is undergoing unprecedented distress. Values have plummeted. Owners are starting to be forced to sell. And yet private equity firms are almost entirely absent among the purchasers.

Private equity firms running opportunity funds are supposed to be first through the door to buy distressed properties. The opportunity fund sector was set up in the early 1990s to buy struggling assets, and made huge profits buying in the wake of the financial crash when others were afraid to buy real estate. But in the only truly distressed sector to emerge in the past decade, so far private equity has bought pretty much nothing.

But that could be about to change, according to the co-head of one of the world’s best-known investors. Private equity firms might be about to start addressing retail like the nonperforming loan market where they hoovered up assets from 2010 to 2015. 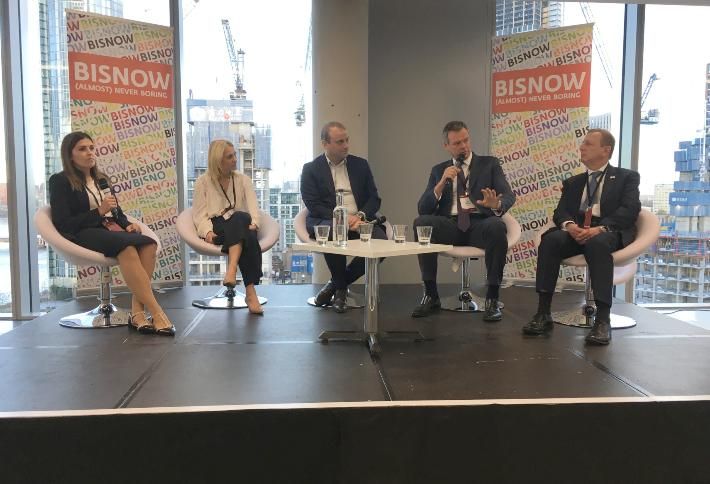 “One of the big changes next year could be flows of opportunistic capital into the retail sector,” Goldman Sachs co-Head of Real Estate Jim Garman told the more than 300 delegates at Bisnow’s London State of the Market event, held at Ballymore’s One Embassy Gardens building.

Garman and his fellow panellists agreed that the process of investing in distressed shopping centres, retail parks and high streets will not be simple, and will take a very different form to the distressed investing in the wake of the financial crisis.

Not all agreed there will be a big pickup in distressed sales next year.

“I just can’t see how people get comfortable with rents and where they end up,” Oxford Properties Head of Europe Joanne McNamara said. “While you can look at the public markets and say that is where the bottom lies, I don’t think any private retail owners are holding assets at anything like the discounts being shown in the public markets, so how on earth is anyone going to transact in the next 12 months?”

“I agree with all of that. I think you got to the right question,” Garman said. “People will think that the increase in cap rates has reached a peak, but the hard part is to work out where is the floor in rents. The problem is, and we are spending a lot of time on this, is working out what a retailer’s model is going to look out in this modern world of multi-channel distribution. And I don’t think people have found the answer, including the retailers. I think it is an evolutionary process.”

Garman said a point would come when investors felt comfortable enough to start buying distressed assets, just as the toxic loans owned by banks became attractive in the wake of the financial crisis. But there is a crucial difference: Investors that buy distressed retail assets will not be able to just wait for the rising tide to lift values again; they will have to do some work to improve their value. 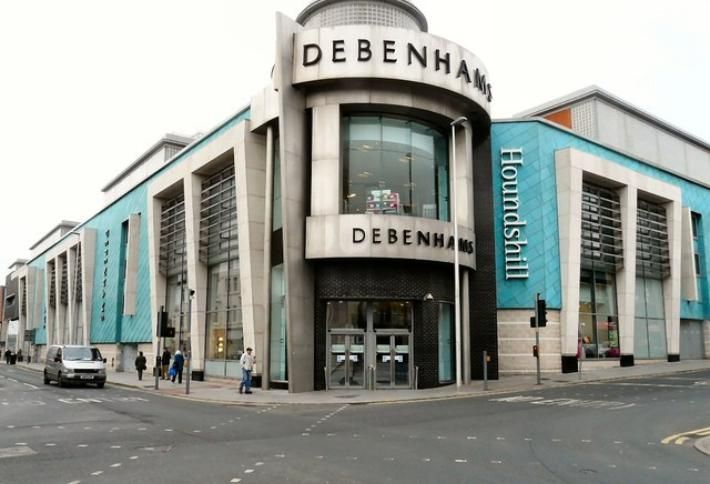 Geograph
The Houndshill Centre in Blackpool

“We look at it a bit like the nonperforming loan market that develops after a financial crisis — we do a lot of investing in nonperforming loans,” Garman said. “In that particular situation the system gets clogged up and then it breaks, because one particular owner has to move assets at a clearing price and that resets the whole market, and we can see something like that happening. The problem with retail is it’s not a cyclical play where you buy at the bottom and sell at the top, it’s a structural shift in the way that market will be occupied and used. But it’s an emerging stressed situation.”

But there is evidence emerging that some of those private market owners are starting to shift assets at market-clearing prices, even if it is not their own choice.

Earlier this month, South African investor New Frontier Properties sold the 298K SF Houndshill Centre in Blackpool for £48M, having bought it for £104M in 2014. The sale happened after lender Deutsche Pfandbriefbank put the centre into receivership, and the bank was willing to sell the asset at a 15% discount to the £57M loan secured against the property.

Israeli investor MDSR is in talks to buy a portfolio of four regional shopping centres from RDI REIT for £130M, an 11% yield. This price is below the £144M of debt secured against the assets, in this case provided by Aviva.

Ceberus this month relaunched the sale of a portfolio of five regional shopping centres for £33M, a 33% discount to £49M it was seeking in May, React News reported. The price reflects a yield of 13.5%. Aberdeen Standard Investments relaunched the sale of the County Mall in Crawley for £80M, a 9% yield, having originally put it up for sale for £110M earlier this year. 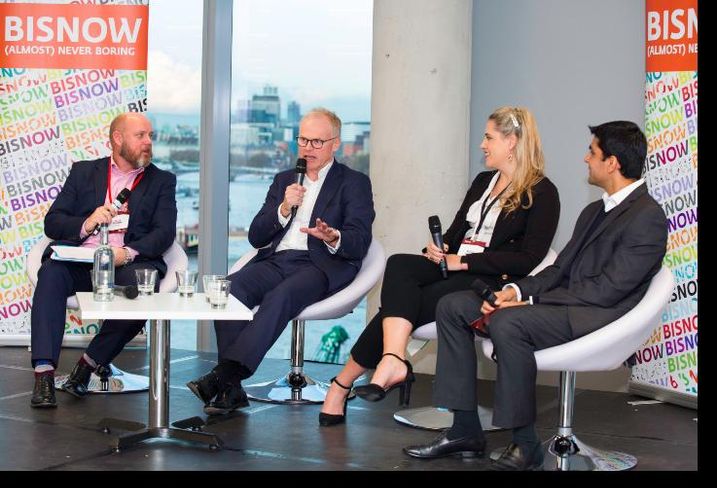 There is perhaps a good reason that private equity firms are not yet piling in to this sector: They already own a lot of leveraged retail assets bought at the top of the recent retail cycle. Cerberus is in the middle of trying to shift as much as £200M of UK shopping centres at yields around 10%. Lone Star and Oaktree have already ceded control of portfolios bought for £260M and £105M respectively to lenders.

Instead, buyers have typically been local authorities looking to take control of their town centre to aid regeneration efforts, or a new breed of investment managers backed by longer-term capital such as Areli Real Estate or Alteris Capital Partners.

In the retail park space, the long-predicted trend for logistics investors to buy retail warehouses for potential conversion to distribution facilities is starting to gain pace.

“We looked at one retail warehouse scheme and got very close to making the numbers work,” Segro Chief Operating Officer Andy Gulliford said.

Tritax, which manages two listed logistics funds, is in talks to buy as much as £350M of retail warehouse assets from Aberdeen Standard, React News said.

In the shopping centre world, 2020 looks like being a crucial year, as investors try to work out when toxic assets become opportunities.

“I think it has to get worse because at the moment people aren’t selling. There is no evidence of a distressed sale, there are no trades, so people are living on false hope,” Oxford’s McNamara said.

But that is when distressed investors find bargains.