Scandinavian Utopianism Can Help Save Retail And Make A Profit Too 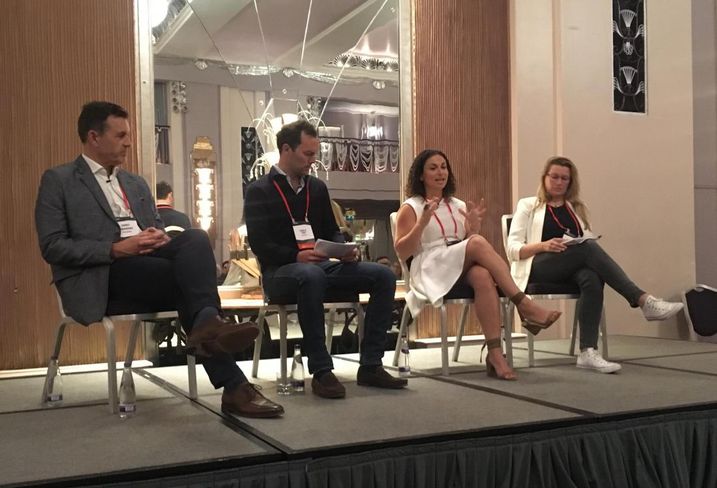 Scandinavia is often held up as a social utopia the rest of the world should try to follow, and retail is no different.

Pan-Nordic shopping centre firm Citycon puts libraries in its malls that look like Apple stores and feature recording studios. Oslo city council made planning laws more flexible to allow for the conversion of retail to residential in the city centre.

Speakers at Bisnow’s Retail Revolutions 2018 event were pretty much united in the assertion that the U.K.’s town centres and high streets need to be less about retail and more about community, and that a significant amount of retail needs to be repurposed for other uses.

But whereas this debate is often framed in terms of cost — who pays for this overhaul — here it was presented in terms of the benefit, both social and financial.

“If you look at what has been done in Oslo, where we own a significant portfolio, there was a real housing shortage there,” Meyer Bergman Vice President Ellen Lewis said. “They’ve changed things to allow the use of commercial space for residential, and we’re now seeing retail rents rising as well on the back of that, so its has levelled things out. It is genuinely happening around the world and we need to follow that. It is difficult, especially when you have multiple landlords, but you need to work with the local authority and you need strategic thinking.”

Lewis added that an attitude that puts the social and community benefit provided by town centres and high streets to the fore is leading to financial benefit.

“They are looking at it from a social perspective, not just about making money, and then that naturally follows,” she said. 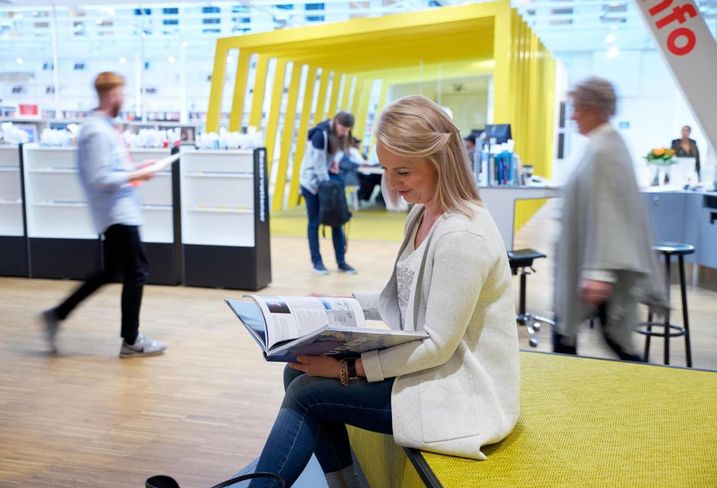 Courtesy of Citycon
The library at Citycon's Kista Galleria in Stockholm.

“It is about asking what our communities really need, and then providing that. We’ve got a housing crisis in this country, and something has to be done about that. But as soon as you bring residents and office workers into a community, then the need for retail comes off the back of that.”

It is an idea that retail consultant Mary Portas has been advocating for a decade or more.

“People think that the internet killed the high street, but it didn’t, mediocrity did,” the founder and executive creative director of Portas Agency, who was the keynote speaker at the event, said. “In the 1990s and noughts you saw these clone towns created because space was leased to whoever had the deepest pockets. And people have turned away from them.

“We are biologically hard wired to connect, and we need to create new ecosystems and make town centres places that are centred around learning and well-being.”

In an earlier interview with Bisnow Portas said community uses like creches can have synergies with retail, for instance combining them with baby and kids retailers.

Portas posited this variety of uses, incorporating retail but also workspace, well-being centres or creches, as potential uses for the large department stores that are increasingly either closing or seeing footfall plunge dramatically.

“If you look at Debenhams, in some places that became a beacon for the people that lived in a town, and you would have queues of people waiting for sales, because that was the only major store left,” she said. “Department stores can create spaces that people want to come to, with retail, but also yoga centres, or offices for young people. It is not about the money, but about how we want to live.” 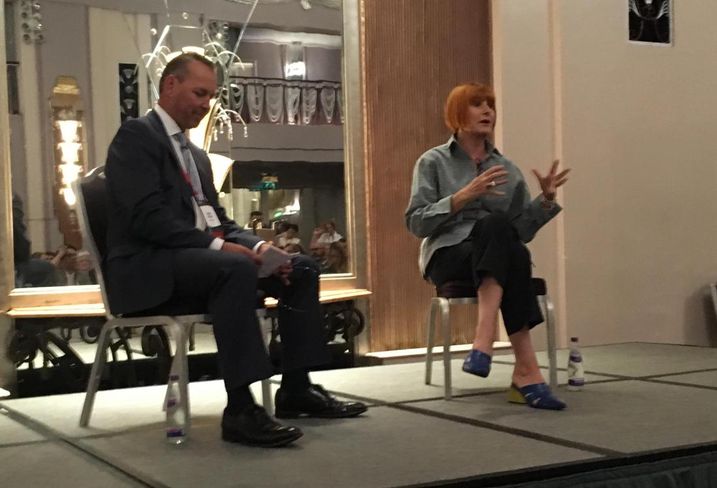 Unfortunately, in the short term, it is partly about the money. While Lewis made the point that in the long run adding more retail and community space to traditional retail areas has a financial benefit, there are a lot of financial hurdles to overcome to get to that point and a lot of short-term factors working against the conversion of retail assets.

There is £25B in debt secured against retail real estate in the U.K., which is coming increasingly under pressure as a result of falling income in the retail sector, according to the Cass Commercial Real Estate Lending Report. That increases the need to reimagine town centres, but hinders the ability to do so.

All of the participants agreed it was important for towns to try to create an individual identity based around what their residents really want from their town centres and high streets, rather than try to follow a template. And the internet, which has caused physical retailers so much strife, is a key tool in this.

“Retail today is all about experience, you need to give people a destination they want to come to, and to do that towns need to put their digital ears out there,” Maybe* Social Engineer Emerson Osmond said. Maybe* is a tech company that connects the online and offline elements of retail through chatbots, artificial intelligence and location technology. “They need to listen to what people in their town are passionate about and provide events that they are really interested in.”

There is much to do if the U.K.’s town centres are to mirror the success of those in places like Sweden and Norway, and it must be done in a way that is true to the U.K. But at least there is a model out that shows that the cost does bring benefits, for society and the bottom line.