Private Equity, REITs And Some Interesting Private Investors Are Among Most Exposed Owners After Debenhams Administration 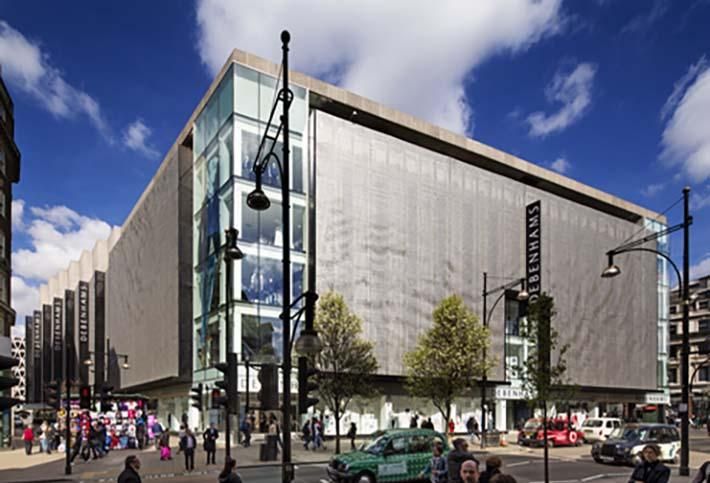 Department store chain Debenhams was taken over by its lenders via a pre-pack administration this week, a move which is likely to lead to the closure of 50 or more of its 165 stores.

The stores to close have not yet been announced. Using data from PropTech platform Datscha, Bisnow identified the landlords with the largest number of Debenhams stores, who will be waiting uneasily to find out if their assets will become vacant.

Among the groups with exposure to the retailer are some of the UK’s largest REITs, a host of private equity firms and some very interesting private investors.

In July 2016, just after the Brexit vote, Ramsbury, the investment vehicle of the billionaire chairman of fashion chain H&M, Steven Persson, paid £400M for the 367K SF flagship Debenhams store on Oxford Street in London, a yield of just 2.75%. It is the best located of all Debenhams stores, on the UK’s most famous shopping street, but is also likely to be its most expensive: the rates bill alone was £3.4M this year, with rent likely to be double that. The store has a lease that runs to 2034 with fixed annual uplifts of 2.5%.

British Land and the UK REITs

The flagship store was sold to Persson by British Land, but while the REIT unloaded its biggest exposure to Debenhams, and also sold a Debenhams store in Clapham to a private investor for £48M in December, it did not get out entirely. It was trying to market its last four Debenhams stores through CBRE late last year, but that sale did not go through before the administration.

Among the other major UK REITs, Intu has eight stores leased to Debenhams, Hammerson six and Land Securities three stores, according to Datscha data. RDI REIT owns the Grand Arcade shopping centre in Wigan which has a Debenhams unit, and the loan-to-value covenant on the loan has already been breached.

U.S. and UK private equity firms that bought into regional shopping centres in the wake of the last downturn are another group of investors that own a large number of stores leased to Debenhams, although no single investor has an exposure to more than one store.

Oaktree Capital owns the Kingfisher Shopping Centre in Redditch, which has a unit leased to Debenhams. The retailer also has stores in the Market Gates shopping centre in Great Yarmouth owned by Ellandi; the Eastgate Centre in Basildon owned by Infrared; the Stamford Quarter in Altrincham owned by Apollo; the Broadway in Bradford owned by Meyer Bergman; and Telford town centre owned by Orion.

There is one private investor group that is one of the largest individual owners of Debenhams outlets as measured by number of stores. Datscha data shows that three stores in Northampton, Nuneaton and Torquay are owned by the Manchester-based Weis family. Two more, in Folkestone and Harrogate, are owned by a charity of which one member of the family, Sir Weis, is the ultimate controller, according to Companies House documents. Another director of that charity is Jacob Adler, a property investor who once owned Leeds United’s Elland Road football ground.

Aubrey Weis is a low-key investor who has built up a large property portfolio. In 2014 he sold a 50-asset portfolio to hedge fund Toscafund for £145M, and in 2016 he paid around £58M for two supermarket assets.

Aviva and M&G also have exposure to three stores leased to Debenhams.