Last Saturday, Twitter Chief Executive Jack Dorsey woke up to the news that one of the world’s most feared activist investors — Paul Singer’s Elliott Management — had bought a stake in the company he runs and wanted to kick him out.

A fortnight earlier, SoftBank CEO Masayoshi Son had similar news: Elliott Management had bought a stake in the troubled tech giant and wanted to shake up the company.

Elliott’s reputation is for being fierce, dogged and successful. In 2012 it took control of an Argentine warship in a row with the country’s government about whether it had to repay in full government bonds Argentina had defaulted on, claiming it as collateral for its debt. Elliott pursued its case against the country through the international court system for 15 years, and eventually won, netting it a profit of $2B. It is that kind of success that has seen the company amass assets under management of $40B, according to its website. 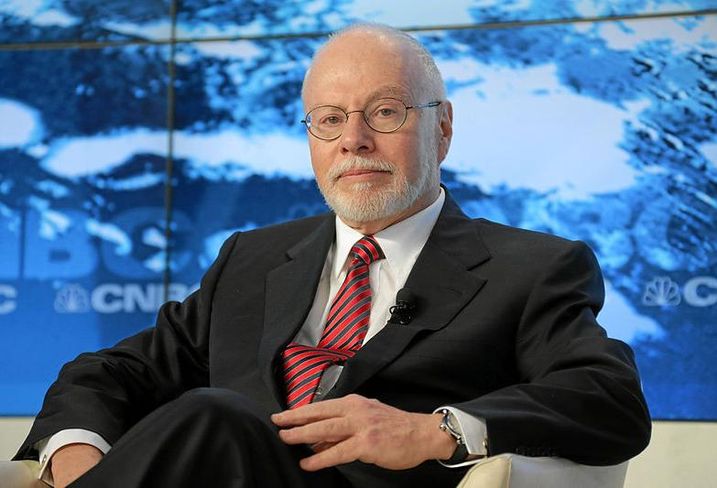 But earlier this year, Elliott called time on a fight it appeared it couldn’t win: the fight against the decline of the UK retail property sector. The company’s investment in UK REIT Hammerson was ultimately sold for £100M less than the price it paid for the shares, although its loss is likely smaller than this because it hedged its position.

“It’s not one of Elliott’s most successful investments, by its own lofty standards,” AJ Bell Investment Director Russ Mould said.

Its investment highlights how severe the issues facing UK retail are, and also how even the savviest, most high-profile investors can’t turn back the tide of major structural shifts in how society operates. It seems it did the right things, but still couldn’t make money.

In April 2018, to much fanfare, Elliott took a 2% stake in Hammerson, a British and French retail REIT, a position it increased to 5% in July that year.

Hammerson looked like a quintessential investment for Elliott. Its share price had drifted down by about 10% in the previous year. The management was facing criticism after proposing a takeover of troubled rival Intu and then walking away from the deal after shareholders baulked, and then rebuffing a takeover from larger French REIT Klépierre. It had good assets but higher than average levels of debt, and its shares were trading at a discount to net asset value. 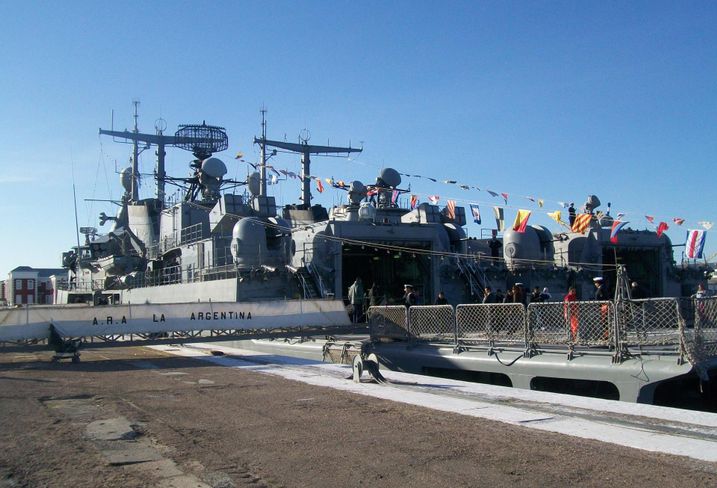 Wikimedia Commons
Elliott seized an Argentine warship to try and make sure it got repaid in full on an investment.

Elliott quickly set about putting a rocket under the management and accelerating a strategy that Hammerson had already been pursuing, albeit slowly. At Elliott’s behest, it set up a disposal programme to sell more than £1.1B of assets between July 2018 and the end of 2019, with some of the proceeds to be used to repay debt and some used to buy back shares. In return, Elliott said it would not up its stake in the company for at least 18 months.

The theory was clear. Sell underperforming assets — in this case out-of-town retail parks — leaving a core of better performing assets. If they could be sold at prices closer to the NAV than shares in the company were indicating, that would prove that stock market investors were being too bearish about retail values. And investors want reduced leverage from REITs. The combination should have worked to help the share price to rise and make Elliott a profit on its investment.

All of these things happened — except the last one. Hammerson sold all of its retail parks and the Italie Deux shopping centre in Paris, at prices below book value, but at narrower discounts than the share price was implying. All told, it raised more than £1B from sales, and has reduced its debt by more than £600M.

But Hammerson shares fell 43% between April 2018 and December 2019. Elliott paid a combined £226M for its stake in Hammerson, and by the time it went below the 5% threshold at which it had to disclose a position in December last year, that stake was worth £127M. Elliott has previously said it hedged its position by shorting the shares of other UK REITs, meaning it won’t have lost £100M on its investment. Elliott declined to comment for this article.

That shift to below 5% of the company is a sign that Elliott has given up the ghost on its investment in Hammerson: with less than 5% of the shares it can no longer call an extraordinary general meeting of the shareholders, and so its means of pressuring the board is effectively gone. According to data company Refinitiv it no longer holds a position in Hammerson. It was only a relatively small investment, but nevertheless it is a rare tally in the loss column for Elliott. 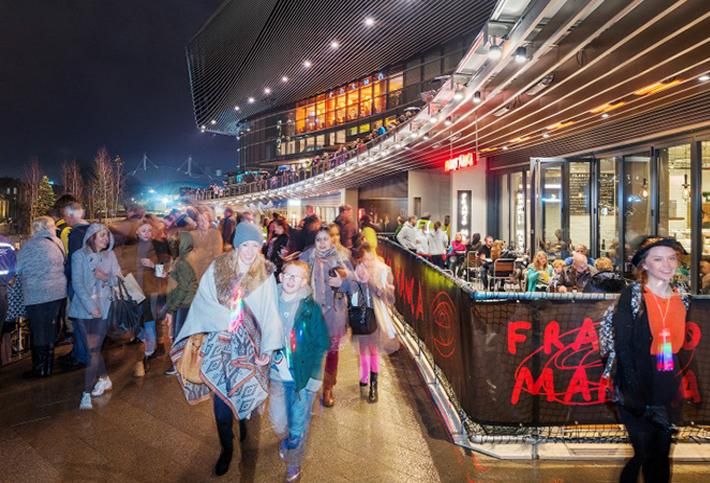 Why did it happen? Some experts said Elliott did not recognise the fact that real estate is inherently a slow-moving asset class. While in the corporate world, companies can spin off multibillion-dollar divisions or subsidiaries at relatively short notice, selling properties is slow, and valuation is uncertain.

Some say the company seems to have underestimated the seriousness of the structural shift in UK retail, even though it has made major plays in the U.S. retail sector, such as its purchase of bookstore chain Barnes & Noble.

“When they came in, they set up the investment and disposal committee and had a real focus on reducing debt, that was 100% the right thing to do,” Green Street analyst Rob Virdee said. “The shares were trading at a c. 50% discount to company NAV, and I think they imagined they could reduce that if they sold assets and reduced debt. But it is not that easy, UK retail has been a value trap.

“There has been a structural shift, and as you’ve seen from Intu failing to raise new equity, there is not much investor appetite for retail, they have just shifted to areas where they can find better risk-adjusted returns.”

Activist investors have an inherent focus on a company’s management, and a belief that if they go in and impose their own strategy, things will improve. But while Hammerson’s management have made some mistakes, the issues in UK and U.S. retail have destroyed value at companies across the board to varying degrees. Investors, be they fellow REITs like Intu, Landsec, British Land, Unibail Rodamco-Westfield or Simon Property in the U.S., have all seen share prices take a battering. The supposedly smart money, the likes of Lone Star and Oaktree, have been forced to hand shopping centre assets back to lenders after they defaulted on loans. 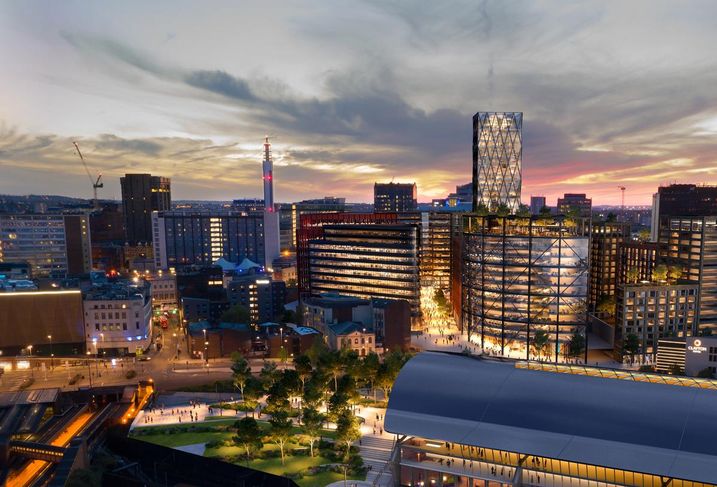 Courtesy of Hammerson
Martineau Galleries at night, as envisaged by Hammerson.

“There have been missteps by Hammerson,” Virdee said. “With the Intu deal they intended to put more capital to work in UK retail, only to do a 180-degree turn and bow to shareholder pressure. But this was the right thing in the end. The fact that they did that 180 shows how important it is for management teams to remain nimble on capital allocation.

“There was a focus on selling assets and reducing debt before Elliott came in, but they definitely expedited the strategy. Could management have been more on the front foot? Yes, but that rings true for many executive teams in the sector — the speed of change and sheer volume of company voluntary arrangements has caught many off-guard.”

Virdee pointed to new Landsec CEO Mark Allan as one of the few bosses who successfully pivoted a company away from retail, which he did at St Modwen.

Whither Hammerson? It is continuing to sell assets to reduce debt, potentially including its stake in outlet mall giant Value Retail, and to preserve cash it has shelved plans to extend its mall at Brent Cross in north London and to develop a new mega-mall in Croydon, South London, alongside Unibail-Rodamco-Westfield. It is trying to make its centres more mixed-use, adding leisure, hotel and residential to city-centre schemes, in order to align them with modern consumer needs.

Institutional shareholders are starting to buy into the company. Dutch pension fund APG has in the past year upped its stake in Hammerson to 19%, perhaps with a view to reigniting that merger with Klépierre, in which APG also owns a big stake, but more generally providing institutional support for the company.

The UK retail picture remains difficult, it said in results last week, and the spread of coronavirus will not help the owners of venues where large numbers of people come to gather, like shopping malls. It is a long road, but Virdee said he is “cautiously optimistic” the company is on the right track.

As for Elliott, any loss it made on Hammerson is little more than a rounding error relative to the overall size of its business. But it was one of the few times the investor that can make CEOs break out in a cold sweat bit off more than it can chew.