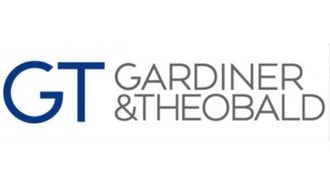 Retail Is Changing Shape, But We Can All Move With It

A Saturday morning in a thriving town centre, and the scene before you is reminiscent of something from 60 years ago. Traders shout their wares from market stalls, shoppers buy bread and meat from vans and there’s a band playing in the middle of the crowd.

This is not 1959, however. The scene’s new additions are the plethora of cafés, the ping pong leisure outlet and the technology store hosting a hackathon. The combination of old and new retail trends is the next step in retail’s evolution, bringing about an environment that focuses far more on experience.

Online retail is growing fast and there are thousands of empty stores lying dormant in retail centres across the UK, but already certain landlords are bringing them back to life through considerate development. If more conversations are had between landlords, retailers and shoppers, the sector can adapt to what is simply retail’s next evolution, Gardiner & Theobald partner Steven Bennett said.

The evolution of retail

“If you look back, retail has always evolved,” Bennett said. “There have been many formats to how we trade through history, from stalls and markets to shops, high streets and shopping centres.”

Over time, department stores became the anchor of each major shopping centre and restaurants replaced fast food in food courts, coupled with leisure offerings. Each time consumer shopping habits have changed, the real estate industry has moved to accommodate them.

E-commerce is the current evolutionary step, growing at a phenomenal rate. According to the Office of National Statistics, online sales increased by 15.9% in 2017 to £58.8B. This compared to a rise of 2.4% in store sales, showing an increasing proportion of sales being captured by e-commerce.

“The biggest driver of change in the last three to five years has of course been online retail, but the evolution has been coming for 10 years or more,” Bennett said. “For quite some time there has been ambition from retail landlords to use omnichannel methods to tie online to bricks-and-mortar retail.”

Research shows the desire for consumers to keep visiting physical retail locations is still strong. Almost all (97%) of the respondents to a study from Oracle NetSuite said that visiting a physical store was still important, while 43% of millennial and Generation Z consumers indicated they expect to do more physical shopping this year.

However, the research also suggests that retailers and landlords are not yet in tune with what consumers want from retail today. Almost three-quarters (73%) of retail executives said the overall environment in retail stores has become more inviting in the past five years, but only 45% of consumers agree. The question has become how to get the right retailers in the right locations?

With thousands of empty stores lying dormant in retail centres across the UK, conversations need to happen not just between consumers and retailers, but between landlords and retailers. Some have already started to act.

Retail’s current evolution might be hitting hard, but “developers are very focused on creating places that people want to be in,” he said. “By providing more choice, higher quality hospitality and a better overall experience, physical shopping will always hold an appeal. Landlords are now very aware of the need to talk to retailers and understand what can help them.”

A correction is needed

In some cases, it will take more than a conversation. Falling trade and rental levels and rising business rates have hit retailers large and small in recent years, forcing property owners to think creatively.

“When retailers are failing or need to downsize, it is becoming hard for a property owner to backfill the space with another retailer,” Bennett said. “There is a growing recognition that in some cases they need to think about repurposing retail, perhaps to residential, office or another complementary use which maintains the vitality of the town or city centre.”

It’s going to be a while before the current stage in retail’s evolution is fully embedded in real estate and a lot needs to adapt. But people always want to be with people and if the right conversations happen, the retail sector can certainly find new ways to satisfy that need.

This feature was produced by Bisnow Branded Content in collaboration with Gardiner & Theobald. Bisnow news staff was not involved in the production of this content.

Gardiner & Theobald
G&T is an independent construction and property consultancy working across all sectors of the built environment. We provide Cost Management, Project Management and Specialist Consultancy services in the UK and USA and we regularly publish market research, insight and analysis on hot topics within the industry via our dedicated Market Intelligence microsite
Confirmed! You are subscribed to the Bisnow London E-Newsletter.
Most Read Stories
More Top Stories
Bisnow London Newsletter
Bisnow London Newsletter