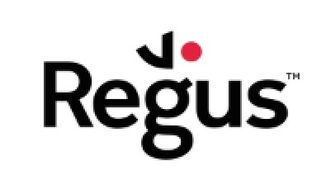 London has become a global tech hub. The proliferation of co-working spaces throughout the entire city and the U.K. aided that expansion.

A mecca for both startups and more established enterprises, the area around Shoreditch’s Old Street Station, better-known as Silicon Roundabout, saw upward of 5,000 tech startups move into the area in 2015. The growth has since spread out into other neighborhoods, as more office space has become available.

Companies like Regus are at the forefront of building up the U.K.'s co-working inventory.

Regus is a global leader in providing flexible workspace, and maintains multiple locations from Scotland to Wales. After launching in 1989, the company has expanded its product offerings from fully furnished executive suites to an international network of co-working spaces. Regus U.K. CEO Richard Morris sees the company’s properties as the type of incubator environment startups require.

“Businesses can be far more flexible in how and where staff are located,” Morris said. “London’s workspace footprint caters for the latest generation of workers for whom flexible working is no longer seen as a perk. It is an expectation.”

London is a global city, and the expansion of co-working spaces has increased its appeal for both British entrepreneurs and innovators from abroad. Co-working has helped loosen the reins on where employees are required to work, opening the door for cities to compete to offer the best incentives.

Co-working spaces have long appealed to fledgling companies for their short-term leasing, turnkey workspaces and scalable space. Every Regus member has access to high-speed internet, conference rooms and communal kitchens. Desks can be reserved by the hour, day, week or month, giving companies the flexibility to rent what they need and when.

“The Regus model gives entrepreneurs the opportunity to take the leap, to immediately get established in a professional environment and to turn that great idea into a workable reality,” Morris said.

Regus members can also relocate and have the ability to scale their workspace up or down as needed.

“Startups are not forced to commit to long-term contracts and overheads and can develop at a pace that works,” Morris said.

The co-working lifestyle has also caught on with larger corporations moving to London. Professional service firm KPMG recently set up shop at an Interchange location in the trendy Camden Market in North London. The office, separated from the freelancers but still close enough to promote an exchange of ideas, offers a more collaborative and relaxed environment than a corporate office suite in Canary Wharf.

For Morris, the convenience is a universal amenity.

“There is a particular comfort in the fact that everything to do with back-office administration and IT is taken care of,” he said.

London is not the only European city coming into its own in the startup sector. Following Brexit, Berlin’s Free Democratic Party launched a marketing campaign touting the German city as a more appealing, more secure and lower-cost option for young entrepreneurs to launch their businesses.

While some British venture capital companies anticipate companies leaving London, Morris remains confident that the city will continue to be a key player in global tech enterprise.

“Berlin is buzzing and the recent marketing campaign by Germany’s [Freedom Democratic] Party to attract London startups to the city will tempt some to make the move,” Morris said. “Undoubtedly, further public and private initiatives will emerge to ensure that London remains on a competitive footing as a startup powerhouse.”

Regus' 3,000 locations worldwide ensure all members have access to its resources no matter where they are.

“Regus members are in rather a strong position whereby their membership enables access to the Regus network across the globe,” Morris said. “So, should a requirement or a desire to establish a footing in a new location emerge, our members can do so relatively effortlessly.”

Regus UK
Regus provides modern, flexible workspace to customers including some of the most successful, entrepreneurs, individuals and multi-million dollar corporations. Our network of 2,600 locations in 106 countries encompasses 43 million square feet of the world’s leading locations, offering convenient, high-quality, fully serviced spaces for people to work, whether for a few minutes or a few years. Companies like Google, Toshiba and GlaxoSmithKline choose Regus so that they can work flexibly and make their businesses more successful as they grow around the world.
Confirmed! You are subscribed to the Bisnow London E-Newsletter.
Most Read Stories
More Top Stories
Bisnow London Newsletter
Bisnow London Newsletter