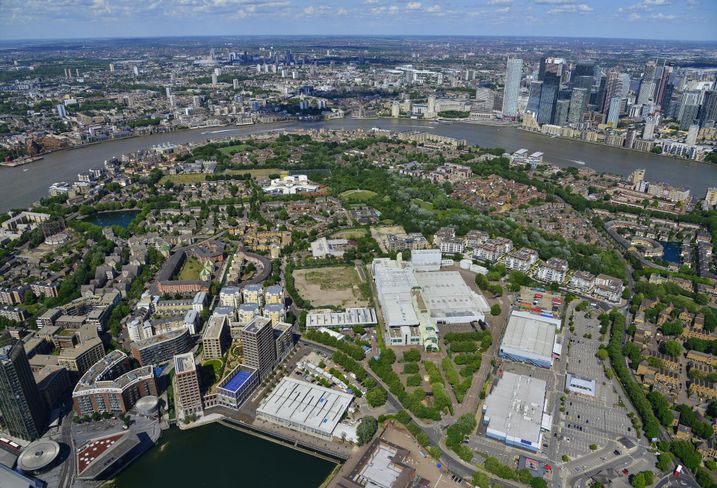 Courtesy of Art-Invest
The peninsula at Canada Water, which will comprise Art-Invest's 1M SF office scheme and a 7M SF mixed-use scheme from British Land.

German investor Art-Invest Real Estate has revealed initial plans for a major development at Canada Water in south east London, which will include 1M SF of new office space.

Art-Invest bought a 4.5-acre site called Canada Water Dock for £140M from Sellar Property and Notting Hill Genesis earlier this year. Sellar had planned a predominantly residential-led scheme on the site, but Art-Invest is now going to progress a scheme that will be office-led, with around 1M SF of workspace.

The site is surrounded by British Land’s major regeneration scheme at Canada Water, which totals 7M SF and will include offices, residential, retail and leisure. The area had previously been overlooked as an office destination.

The project is Art-Invest’s second in London since it established its UK operation last year. Its £190M development at Cleveland Street in London’s West End, which will create 88 luxury apartments, 35K SF of commercial space and 15 affordable housing units, is under construction and is scheduled for completion next year.

Sellar has been retained as the co-development manager for the scheme. The company completed a new Decathlon sports store and 234 residential units on the site in 2018.