HB Reavis CEO: The Reason You Don't Like WeWork Is Because It Makes You Look Lazy 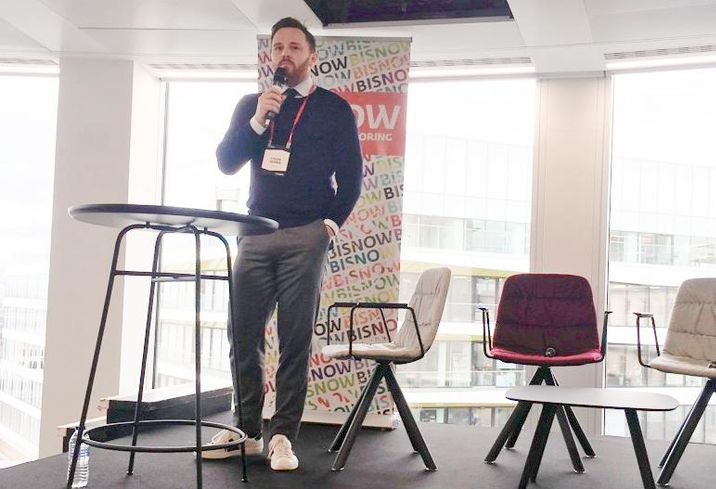 WeWork and the current wave of flexible office providers haven’t just disrupted the existing office real estate world: They have shown it to be lazy and out of touch with the reality of the way people use buildings.

That was the challenging assertion of HB Reavis UK Chief Executive Steven Skinner in opening remarks at Bisnow London's Creative Office Bash, held at the company’s 33 Central building in the City.

Skinner said the changes that occurred in the office market in the past few years, including the growth in coworking and demand from big corporates for flexible space, highlighted the failings of the way companies in the sector traditionally operated.

“Historically developers and the providers of space have been super lazy in understanding how their buildings have been used,” Skinner said. “Success was judged by how long you could get someone to lease a building for and how much they were willing to pay. They weren’t asking, is it meeting the needs of the user and are they happy there, are they more productive?”

Skinner said the increasing use of data in driving office design and function is allowing forward-thinking developers to start to meet the needs of customers. And he said that, even though it is more difficult than the old way, it offers the possibility of making greater profits.

“At long last we’re becoming a customer-focused business,” he said. “There is a pivot from what I would call the lazy wholesaling of office space to the retailing of office space. To be good at retailing anything you have to understand your customer, you do that through the collection of data and analysis of that data, and creating a product that matches the need you’ve identified. We aren’t measuring these things as much as we should be, which means it can’t inform the next building you create. And guess what, if people are happier and the building meets their needs, they are going to stay longer anyway, and they’ll probably pay more.”

Skinner said many people in the traditional real estate world don’t like WeWork and talk constantly about its valuation because it has made the sector look bad.

“Everyone hates on WeWork, everyone loves to bash them, but they understand their customer and they have created a product that meets their needs,” he said. “And it should be uncomfortable for everyone in our industry because you see developers spending a huge amount of time, effort and money and taking risk to create a product that isn’t really meeting a need. You then give the space to a service office provider, let’s say WeWork, and they fill it full of people that you could have filled it with, a rent higher than you can charge. Which makes no sense, but it is because they are taking the time to understand what people need, then creating a product that meets that need.”

He said office owners have crossed the Rubicon and can never go back to the old way of doing things, even if they might want to.

“It’s not really up for debate anymore. People ask, is it changing, how much room is there for growth? It’s changed, people should just accept that and focus on the next wave of change,” he said. “We do coworking, flexible leases, managed space, turnkey deals — the demand for nontraditional leasing we think outstrips the need for traditional leasing by something like 10 to one. The void periods are shorter, the speed of transactions is quicker and we’re finding its accretive to net income and to net value.”