What Is It Actually Like To Live In A Co-Living Scheme? The Inside View As The Sector Takes Off

There have been some very cynical articles this year about The Collective’s co-living scheme at Old Oak Common. "Dystopian" i-D magazine called it. "[An] inauthentic capitalist shadows of progressive spaces," it added.

But these articles do not get a view on what it is like from the people who have actually lived there. Residents give a very different account. 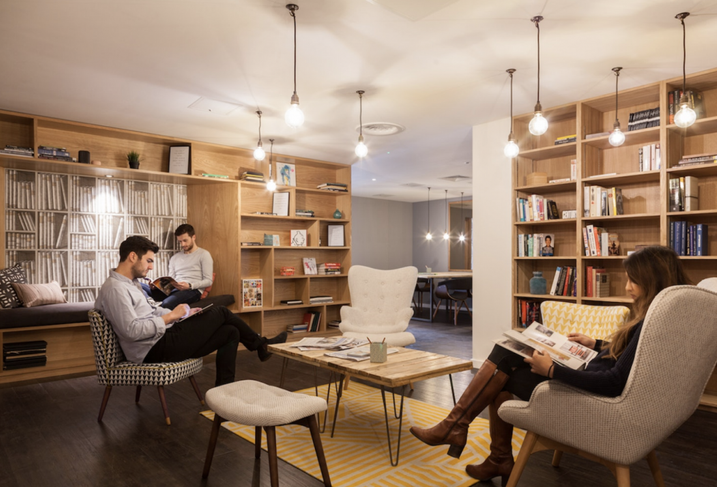 For societies where private dwellings have been the norm for more than a century, co-living is a new and radical concept brought about by the pressures that London housing costs exert.

And in spite of the cynicism and the shock of the new, it is starting to gain traction. The Collective’s 546-bedroom Old Oak scheme is more than 95% occupied. It is reported to be on the verge of being bought for £120M by Newham Council’s property company, Red Door Ventures — £20M ahead of the asking price and a yield of close to 4%.

Rooms range from £200 to £360 a week and there is a mix of student and non-student accommodation, with the latter making up around 80% of the scheme, although the mix changes. Rooms are small but there are large amounts of communal space, like kitchens, bathrooms and dining rooms, which try to provide a high level of design and comfort.

The Collective is planning similar schemes in King’s Cross, Kentish Town and Stratford. Other operators are active in the sector, such as Spaces Property, which is planning a significant scheme near London Bridge.

But still little is known about what the nascent experience of co-living is for residents. Brockton Capital Co-Managing Partner David Marks revealed at Bisnow’s London’s Hottest Areas event earlier this year that the firm had sent two of its investment professionals to live in The Collective Old Oak Common for three months to get an inside view of what the sector is like and how the scheme works. 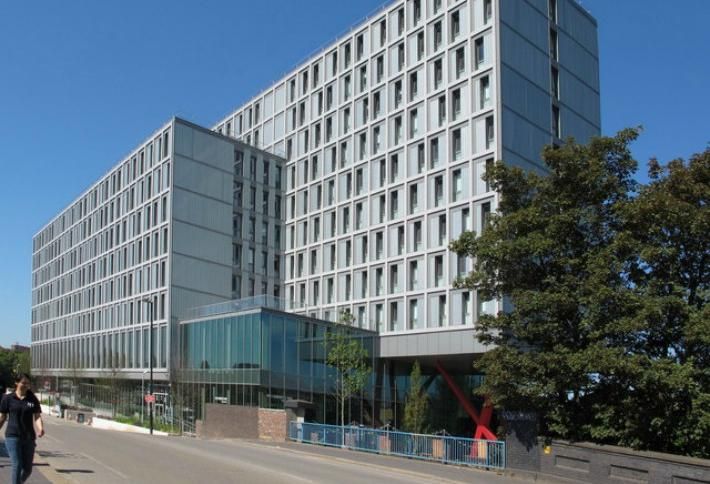 The experience of Theo Green and James Spencer marries their insight as property professionals and graduates in their 20s making their way in London. Both said they enjoyed their experience, living there for three months from November 2016 to January 2017, but took note of how such schemes are likely to evolve over time.

First impressions count, and in this instance the first impression was that co-living does not cater to a very different demographic than any area frequented by young professionals.

"It's like when you go into a hotel, the first thing you notice is the people," Green said. "You look at the people and ask, are they like me, how old are they, what do they probably do? And they just struck me as young Londoners. They are maybe more international or from different parts of the U.K., but they are just young Londoners."

Both Green and Spencer said they feel people new to London are likely to get the most benefit from the scheme and from co-living in general.

“People want flexibility and they want choice and they want price, and from that point of view it works really well, especially if you don’t have the luxury of an existing network in London,” Spencer said. “London can be a hard place to come if you don’t know anybody.”

Much of the narrative around the shared economy and co-living has focused on the willingness of millennials in particular to share space and facilities to save money. That is all well and good when it comes to co-working or a holiday room from Airbnb, but co-living goes a step further — residents share kitchens and bathrooms, the places they cook dinner or brush their teeth.

“The British have been slower as a population to embrace co-living fully, but there is definitely a move towards flexible living and people want to experience rather than own,” Zafar Bhunnoo, head of development at Spaces Property told Bisnow’s London State of the Market event last month. Earlier this year Spaces submitted a planning application for a 172-room co-living scheme near London Bridge designed by Make. 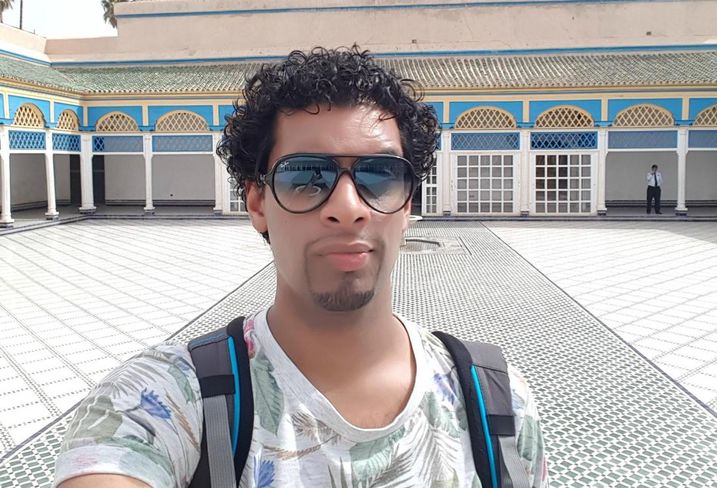 “The British have been slower as a population to embrace co-living fully, but there is definitely a move towards flexible living and people want to experience rather than own,” Zafar Bhunnoo, head of development at Spaces Property, told Bisnow’s London State of the Market event last month. Earlier this year Spaces submitted a planning application for a 172-room co-living scheme near London Bridge designed by Make.

“We started this business 10 years ago running flat shares — people have been co-living for a long time. You’re saying, your room is just somewhere you lay your head, and the rest of the building is your stately home.

“It’s about aggregating and using space more efficiently. Rather than have a 20 SF kitchenette in 100 flats, why not aggregate that space and have 20K SF of really amazing facilities?”

Green and Spencer said while they were living at The Collective Old Oak they and the other residents embraced these communal ideals.

He said this acceptance of sharing bridged the physical and digital worlds. As well as sharing kitchens, there was an incredibly active Facebook page for the building which people used for everything from giving away leftovers of meals they had cooked to borrowing kitchen equipment or other tools.

That said, with their property professionals’ eye, the pair did suggest improvements to the communal space, which could be made to better reflect the way people used the building.

“If you were planning it again I would say you could have fewer, larger communal areas,” Spencer said. “Some of the communal areas were quite small and it can be quite intimidating going into a small space with just one or two people in it, whereas if they are bigger you can feel more confident.”

Then of course there is the question of the size of the rooms. The tradeoff in co-living is lots of high-quality communal space but a very small individual bedroom. Green said this meant storage became of paramount importance, either within or outside of the room. Spencer said smaller rooms and storage issues could discourage people from staying for longer, which inherently worked against the idea that such schemes are trying to foster a community.

“Whether you could live in a room that size for 24 months is open to question, but the reality is a lot of people don’t have that luxury, and if you want to live in London at that kind of price then it is a good option.”

Co-living may not be about to explode in the same way as co-working or Airbnb have. There are issues in London around where it fits into the planning system, and operators face the same problems in buying land at the right price to build schemes as those working in any sector of London that is not housing built for sale.

But investors seem to like the sector. Residents do, too. That is a pretty strong position to start from.

Hear from The Collective at Bisnow's London's Getting Techy With It Event.