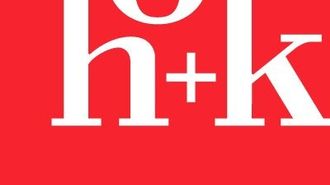 Urban Arenas Are The Next Mixed-Use Hubs

On a summer night in 2013, thousands headed to the centre of Leeds to watch Bruce Springsteen perform in his Wrecking Ball world tour. The American rock star, who last visited the city in 1985 to play an open-air concert, was the inaugural performer at the First Direct Arena, a £60M multipurpose sports and entertainment venue.

The 13,000-seat facility, which would later host artists from Sir Elton John to Miley Cyrus, has become more than an event space. It has been transformed into a shopping and entertainment hub for Leeds residents and visitors.

The First Direct Arena exemplifies the way urban entertainment facilities have become part of downtown revitalisation efforts worldwide. The once-sprawling suburban sports stadium, operating on an event-to-event basis and isolated by vast parking lots, is no longer sustainable. Urban planners and architecture firms have instead rescaled these structures to exist in dense central business districts, adding to and supplementing nearby retail, hospitality and residential properties.

“The arena has become an anchor for a huge amount of energy in the city district, and has revitalized the experiential economy of the city,” HOK Entertainment & Sport Director John Rhodes said.

Rhodes, the architect who led the design of the First Direct Arena in Leeds whilst at a former practice, has helped pioneer the growing trend toward urban, multipurpose arenas. Now at HOK, Rhodes has joined a global specialist design team who has worked on projects like the Little Caesars Arena in Detroit, U.S., and is now working on projects like the new FC Barcelona Arena in Spain and the Abu Dhabi Arena in the United Arab Emirates. HOK was also recently appointed to design the new 12,500-seat arena and international conference and exhibition centre in Gateshead. The firm has seen a clear shift away from single-purpose functional venues toward spaces that cater to a more diverse range of events.

The HOK team has looked to fill the gaps in existing mixed-use infrastructure, treating each arena as a catalyst for future development in the city centre.

Creating a sense of place

For Rhodes, the key to urban regeneration is not to drive footfall for a few large events, but optimise the facility to accommodate the greatest number of occurring events. In CBDs, where the cost to build is significantly higher than the suburbs, relying on a single sports franchise or naming rights to finance the facility is not cost-effective.

The First Direct Arena was designed to accommodate various entertainment acts and sporting events. Variety helps the facility compensate for many of the operational expenses. Beyond individual events, the arena should drive a night-time economy, Rhodes said. In Leeds, the arena helped stimulate local regeneration with a number of businesses, including restaurants and a hotel. Generic concourses and external piazzas are now destinations for tourists and residents, providing patrons with a variety of experiences before and after the event.

This encourages patrons to arrive earlier and stay longer. In Leeds, the arena capitalizes on 12,500 visitors on an event day, two to three days a week, Rhodes said.

Working with the existing urban environment

It is not enough for an arena to complement existing mixed-use infrastructure, Rhodes said. Arenas need to be good neighbours to nearby properties and integrate with the surrounding urban infrastructure.

At Little Caesars Arena in Detroit, HOK’s U.S. team designed the facility with a lower profile and a facade that uses buildings of lower heights, different window treatments and various kinds of brick, blending in with the exterior of surrounding buildings. HOK also placed the lower bowl 40 feet below grade.

The result is a multipurpose venue tucked away inside a four-story building.

Little Caesars Arena is part of a larger project known as District Detroit, a 50-block development that will feature entertainment, commercial and residential developments while connecting the areas of Midtown and Downtown Detroit. Unlike older arenas, which developed retail space to support activity within the arena, HOK inverted the traditional model for Little Caesars Arena. The Via, an indoor street covered by a glass force, surrounds the venue and provides access to retail shops and dining.

"The design aims to merge inside and the outside space, creating a seamless interaction between existing retail spaces in the area, as well as a constant flow of pedestrian traffic, the U.S. team has created a truly innovative venue,"  Rhodes said.

Amanda Hawes/Flickr
The Baltic Art Center, with the Millennium Bridge in the foreground

Planners and architects at HOK are taking what they learned from Leeds and Detroit and applying those techniques to the quayside conference centre planned for Gateshead, England. The venue will complement the existing Sage Gateshead concert venue and Baltic Centre for Contemporary Art.

The 10-acre site will feature a conference and exhibition centre as well as hotel, bars and restaurants with the goal of rejuvenating the waterfront as a vibrant city hot spot. The location and variety of use associated with the project have played a role in capital costs, which total £200M. Public-private partnerships help bring urban arenas to life, and both the city and the developers benefit from the increase in foot traffic, Rhodes said.

The Gateshead Council is partnering with property developers Ask Real Estate, investment and development manager PATRIZIA UK, and venue manager SMG Europe to build the project, which is expected to bring 300,000 visitors annually. The new development will become a major leisure hub, creating a community anchor that will tie together the existing cultural institutions at Gateshead.

HOK
HOK is a global design, architecture, engineering and planning firm. We use design to enrich people’s lives and help organizations succeed. Our 1,700 people collaborate across a network of 23 offices on three continents. HOK’s mission is to deliver exceptional design ideas and solutions for our clients through the creative blending of human need, environmental stewardship, value creation, science and art. Our design solutions result from a collaborative process that encourages multidisciplinary professional teams to research alternatives, share knowledge and imagine new ways to solve the challenges of the built environment.
Confirmed! You are subscribed to the Bisnow London E-Newsletter.
Most Read Stories
More Top Stories
Bisnow London Newsletter
Bisnow London Newsletter