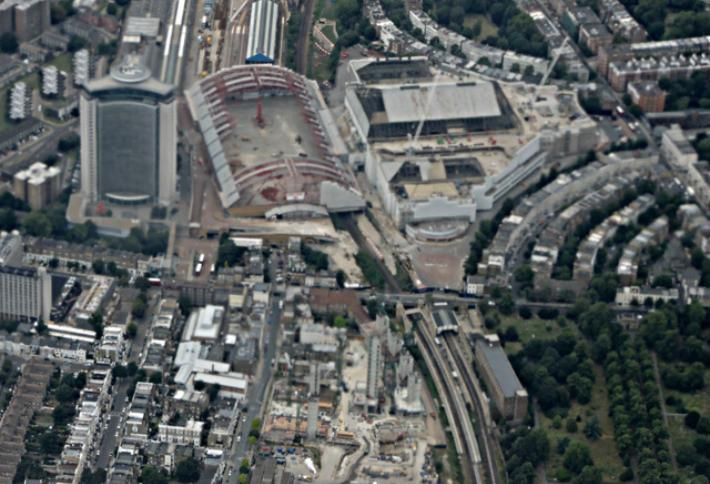 The new owners of a huge development site at Earl's Court have appointed architects to draw up new plans for a mixed-use scheme there, scrapping a controversial proposal for a development of mainly luxury residential.

Delancey and APG paid Capital & Counties £425M for a 40-acre site at Earl's Court last year, and have now formed a joint venture with Transport for London, which has a lease on some of the land, to progress a new scheme.

The joint venture, the Earl's Court Development Company, has appointed Hawkins\Brown and Studio Egret West to draw up a masterplan for the development, which will be mixed-use and include far more commercial space than Capco’s previous plans.

Details of the blend of uses have not yet been revealed, but given APG and Delancey have previously invested in the build-to-rent sector together, a significant amount of rented residential apartments is likely.

Capco had previously planned a scheme comprising up to 7,500 luxury apartments, which at one point had an estimated end value of up to £12B.

But the company fell out with the local residents of the West Kensington and Gibbs Green estates, which were previously part of the site and set to be demolished. When Delancey and APG bought the site, it handed ownership and control of them back to the local council.

“The brief provided to architects called for a significantly more mixed-use environment than previous plans, so that more commercial space is simultaneously delivered alongside a revised housing plan,” the owners said in a press release.