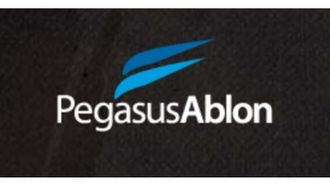 An American Developer In London

The UK build-to-rent/property residential services market is booming. Following a £1B funding stimulus from the British government to attract more developers and institutional investors, the market has entered a growth phase. A significant number of projects will begin or reach completion within the next three years.

Build-to-rent is still a new concept in the UK. Developers have turned to their U.S. counterparts for advice, pulling from years of experience transforming urban neighbourhoods into premier live/work/play destinations. PegasusAblon principal Michael Ablon, a speaker at Bisnow’s upcoming London PRS Growth & Expansion 2017 event, has built his career around understanding the demographic shifts transforming the Dallas-Fort Worth area.


A model of the London City Island development, a mixed-use community coming to Canning Town.

Ablon’s visit presents an opportunity to look for investors interested in U.S. projects, and to check out new London developments. His experience building a 40-building project in the Dallas Design District also makes him invaluable to the UK developers attending the event.

Established as a place for inexpensive showrooms and warehouses, the Design District transformed into a trendy urban centre under the stewardship of PegasusAblon, which added more than 1,300 residential units and 47K SF of restaurant, retail and art space to the area. Revitalization increased the value of the district by $500M and earned PegasusAblon the 2015 Pioneer Award.

Projects at that scale are already happening in London. Ballymore is transforming a small peninsula in the heart of Canning Town into a mini-Manhattan. The London City Island project builds on a recent influx of creative professionals to the former industrial area. Connected to the rest of the East End by a pedestrian footbridge and the Canning Town station, City Island will be a mixed-use community boasting 1,700 apartment units. The London Film School and English National Ballet will also call the island home.

Densely packing these amenities within a pedestrian-friendly environment emphasises experiences over consumerism. Major cities worldwide are experiencing this shift.

“The Millennial generation is transposing itself over the rest of American society, and [a] significant portion of the upper end of development is now seen through the lens of the pedestrian experience,” Ablon said. “We clearly see a trend in America to brand the experience of a project based upon its points of differentiation, and the Ballet and the film school at City Island fall under this approach.”

London developers, like those in the U.S., are building communities.


The London City Island development with several of its buildings completed.

Time is the greatest difference between European and American cities — and is the former’s greatest challenge when it comes to financing more projects like City Island. Compared to Dallas, which has seen the majority of its growth and expansion within the last 30 to 40 years of its 150-year existence, the London real estate market has existed for centuries.

“The Design District was a $300M to $400M project,” Ablon said. “In London, I imagine that it would have been a $3B to $4B project, so I was very fortunate to have lived in Dallas when I started my company.”

But cultural shifts transcend history, and the restrictions within the UK market will not stop Millennial demands. Ablon saw this in Dallas, and sees it continuing in London.

“We are all morphing into the internet age at the same time, and we are all having many of our ‘normal’ pattern languages disrupted at the same time,” he said. “What was normal, what is normal and what we might consider to be normal 20 years from now is changing as it relates to how we shop, how we use office space and how we look for our residences.”

These disruptions redefine the character of the places where people live and work. Tenants want to be connected to something larger than themselves.

“I believe in a sense of place. An environment, a project or a neighbourhood that has a mythology or a defined identification that triggers an emotional sentiment,” Ablon said. “People want to be in a place because they identify with it.”

To learn more about this upcoming Bisnow event, click here.