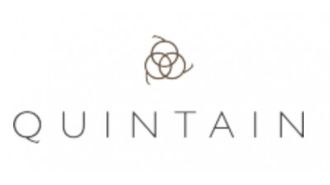 In 1893, George Cadbury bought 120 acres of land on which to build houses for the firm’s employees. In 2019, Facebook announced its intention to build 1,500 homes for employees in Willow Village at its headquarter site in Menlo Park. The concept of an employer providing housing for its staff is not new, but it is being reinvented.

So why are corporate lets of built-to-rent apartments in the UK such a rare occurrence? The time has come for the market to shout its benefits, Tipi Managing Director Rajesh Shah said. The result will be a happier employee base and long-term economic gains.

Tipi, the lifestyle-focused rental management brand wholly owned by Quintain, now operates four buildings at the developer’s 7,500-home Wembley Park development scheme, with three more buildings set to open this year alone. Most homes are taken by individuals, families and sharers. Currently, the corporate let side of the BTR sector is quite small, Shah said. The UK Apartment Association, of which Shah is a member, is looking to grow this aspect of the market by outlining the benefits that it could bring to a business. There are two aspects to this.

“Firstly, a business could take a BTR apartment instead of using hotel rooms, for example for staff visiting head office,” Shah said. “This would save money and offer a much more homely environment, with the facilities that staff need such as fast WiFi.

“Secondly, businesses are increasingly involved in a race for talent and this could be a benefit to offer. Everyone wants to employ the best graduates, and offering a decent salary, bonus scheme and so on has become normalised. The area that few people tackle yet is accommodation.”

This second area is what Shah is most passionate about; BTR as a route to attracting and retaining the best staff. Go back a few years and many large businesses would offer a car allowance as a staff perk. Today, housing is a much more pressing issue for many people.

“This is really about welfare and how holistically a business wants to look after its employees,” Shah said. “Employers have a responsibility to do something about accommodation, given rising costs. Compared with the U.S., for example, where there is a big focus on welfare, British employers have some way to go.

“Some large corporates are taking big strides forward,” Shah said. “They’re looking at the longer-term economic gain they would achieve, for example retaining employees. Gone are the days when employees would stay in a job for life.”

BTR is not aimed only at graduates, of course. A business may want to help employees from many backgrounds to find somewhere to live; someone moving city, someone who is in the area for a short time, such as high-flying executives who jet around the world; families who want a convenient, comfortable place to live close to amenities. Quintain is promoting Tipi to people from all walks of life, not just to graduates.

“At our property, we have people who range from students to families and retired people,” Shah said. “There’s a real mix of demographics. As we progress, our buildings will be targeted at people with different interests, different views on how they want to engage with others in the building. This is partly why we’re partnering with companies such as John Lewis & Partners and Samsung, best in class organisations who can enhance life for residents.”

The corporate let market is starting to grow, but slowly.

“Some companies are already more ambitious when it comes to BTR, talking about taking a whole building or floor,” Shah said. “Businesses are slowly starting to recognise the benefits.”

There is still a long way to go before BTR is a mainstream consideration for most individuals, however, let alone the concept of a business securing or helping to find a home for an employee. The UK is still a country of homeowners and it could take a few generations before renting for life is considered the norm, as it is in other countries.

This feature was produced by Bisnow Branded Content in collaboration with Quintain. Bisnow news staff was not involved in the production of this content.

Quintain
Quintain has the unique ability to develop and asset manage build to rent (BTR) to scale and is the developer behind the £3B transformation of Wembley Park. The 85-acre site is one of the most exciting mixed-use developments in Europe and includes 500K SF of retail and leisure, four office buildings and infrastructure supporting ultra-fast broadband and innovative waste and recycling measures. Plans are in place for Wembley Park to become the single largest site of BTR in the UK and Quintain wholly-owns Tipi, the lifestyle-focused rental operator who manages all of its BTR buildings. Quintain is delivering on a strategy for long-term ownership and investment and is actively looking for new development, investment and BTR JV/management opportunities.
Confirmed! You are subscribed to the Bisnow London E-Newsletter.
Bisnow London Newsletter
Bisnow London Newsletter