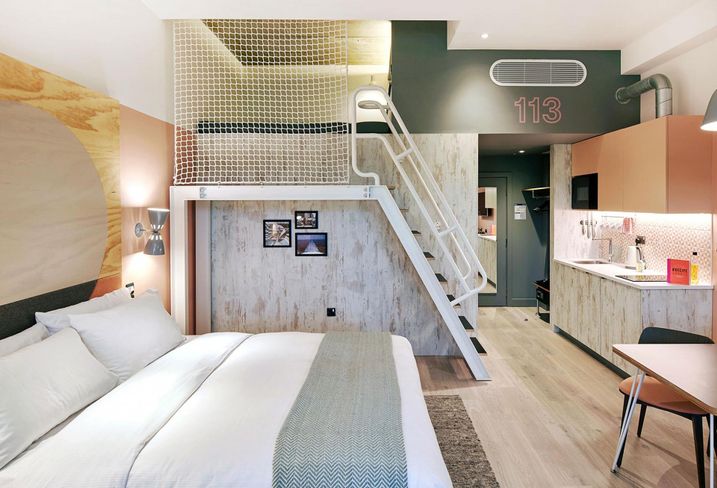 Landlords hit by rental defaults from their hotel tenants may have a way out of the crisis.

This week the budget hometel concept joined the aparthotel, the poshtel, the student hotel and half a dozen others in the hunt for new ways to claim a slice of the short and medium-stay market.

The difference is the claim that it could help make money quickly for hotel landlords hit by the coronavirus pandemic.

Lamington Group has created the UK’s first hometel brand, and is now pushing a low-cost budget version of the same concepts. Hometels are intended to bridge the gap between private-rental Airbnb, serviced apartments and boutique hotels. The atmosphere is bespoke and private, somewhere between a home and a hotel but with less focus on service than an aparthotel, and the commercial aim is a scalable Airbnb.

The hometel lite has the same aspirations but at lower cost. With low capital expenditure and minimal refurbishment for landlords, Lamington said it is already in negotiations with a number of landlords who are also attracted to the renewed long-term hybrid lease structure. This includes a guaranteed fixed rent portion plus a rent portion pegged to performance.

The room2 outlet in Southampton, Lamington's flagship hometel, has continued trading since the government imposed lockdown on March 23, has been achieving monthly occupancy rates well above 50%, as opposed to a national hotel occupancy figure of around 5%.

The venture has benefited from a flexible cost base, enabling it to continue trading throughout the crisis by adjusting the service offering, and focusing on extended stay and essential worker guests.

“Many hotel landlords who previously thought their leases offered them protection suddenly found themselves at the mercy of tenants who were either unwilling or unable to pay, even those signed with strong, seemingly well-financed hotel brands," Lamington Managing Director Robert Goodwin said.

“Room2 lite was originally born out of our view that UK budget hotels are underserved by operators in the extended stay and design-led segment, and that there is a lot of untapped potential to create truly memorable experiences. The UK budget sector remains ripe for disruption, particularly at a time when landlords are looking elsewhere to avoid being stuck with unfavourable reduced terms.”