CitizenM's Tower Of London Hotel Is Modern, Cool And Affordable

The Tower Hill tube stop might not sound like the most glamorous location in London, but with citizenM’s new flagship hotel built directly on top of it, the entire neighbourhood is about to be infused with irreverent Downtown glamour. Bisnow talked with citizenM’s chief marketing officer, Robin Chadha, about the hotel and what makes it so different from every other room-for-rent in the city. 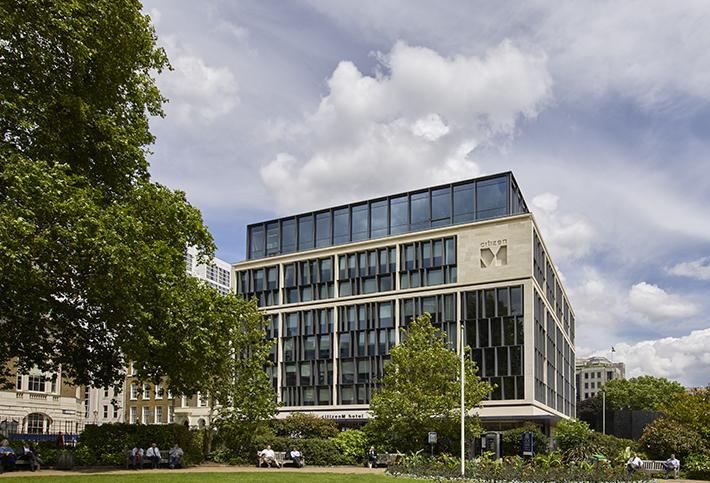 The Tower of London location is CitizenM’s biggest hotel so far with 370 rooms over 120k SF, and has what are possibly the best outdoor views of any hotel in the capital. From the wrap-around terrace on the seventh floor, you can see the Tower of London, the Cheesegrater, the Gherkin, the Shard, and in the distance, Canary Wharf. That jaw-dropping vista is one of the first things that attracted the company to the site. Robin tells us citizenM had been interested in the site for a while, but it was after the financial crisis of 2008 that it was in the perfect position to make an offer and secure it.

The Dutch “affordable luxury” brand didn’t just plop a standard hotel and let the views sell the rooms. It went way beyond. 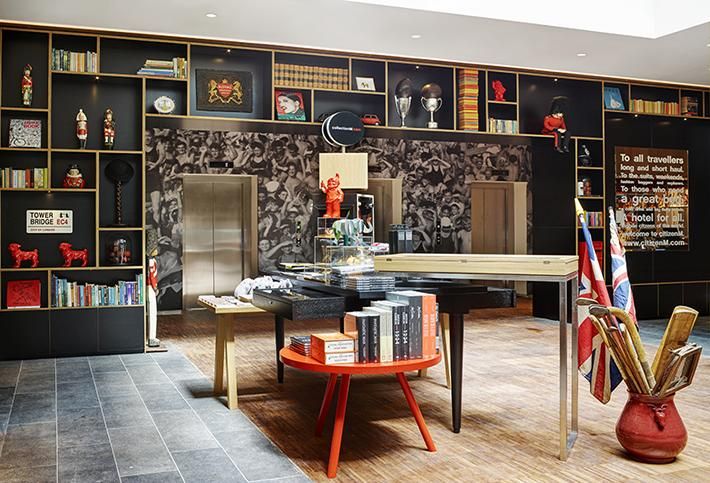 Beyond self-check-in terminals and bookshelves filled with tomes on photography, travel and design. For instance, the retail concept is so obvious it makes you wonder why it isn't already common. CollectionM came about in response from guests wanting to buy items and products they had seen at the hotels, Robin tells us. The offerings include travel accessories, art, books, interior products and cute design objects—over 100 of them. They can be delivered to each traveller’s home when ordered online, or bought from the “table of desire.”

The hotel also features SocietyM, the hotel’s popular business meeting rooms that are both creative and functional, with whiteboards, blackboards and free super-fast WiFi. Styled to evoke a 1950s design ethos, with vintage typewriters, telephones and Bakelite radios, these eight meeting spaces have been designed to encourage imaginative thinking and innovative ideas. 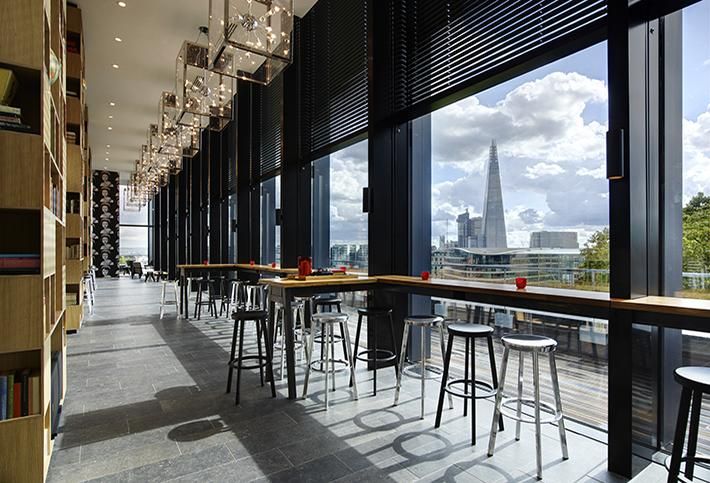 CitizenM Tower of London is the eighth citizenM hotel, and joins London Bankside, Glasgow, New York, Paris, Rotterdam and Amsterdam. Robin tells us citizenM Shoreditch is set to open in September 2016 and construction is taking place on two hotels in Paris as well as in New York, Taipei and Shanghai. New hotels will also be built in Seattle and Los Angeles.