The UK senior living sector is a riddle wrapped inside an enigma nestled inside a mystery. It should be a no-brainer for investors, but it isn’t.

Here are a few numbers that sum up the paradox. UK retirees have assets worth about £1 trillion, and 3 million of them are actively looking to downsize from their current homes, according to Legal & General. But according to Savills, only about 8,000 senior living units were built in 2018.

According to a survey by Octopus Real Estate, global investors are looking to pile about $200B into healthcare property, with senior living the biggest subsector of that. But less than £1B was invested into UK senior living in 2018, Savills said, the highest ever, but just a fraction of the UK’s £62B investment market. 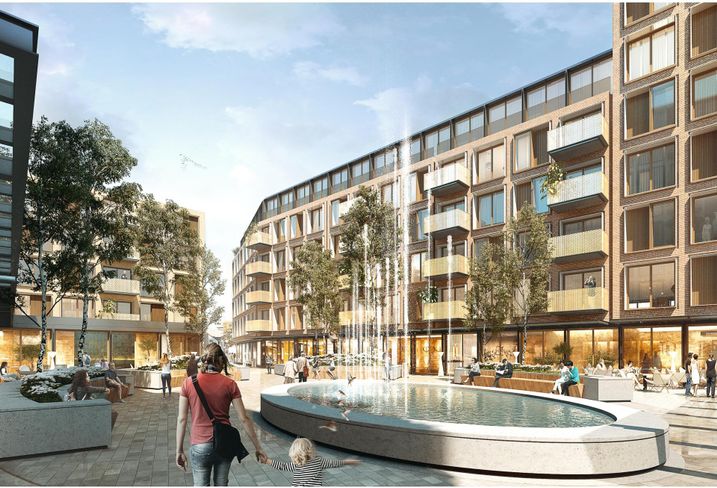 The long-term investment case is clear — by 2030 one in five people in the UK will be over 65, and by 2070 there will be 9 million over 65, a population the same size as that of London. The gap between those wanting to downsize and the amount of units being built shows opportunity is there in the short term too.

“It’s the next growth asset class in terms of sectors in the UK,” Dentons partner Deepa Deb said. “The science is obvious and demand is outstripping supply.”

And yet, as Bidwells partner Mike Derbyshire pointed out, there is “lack of traction” and investors haven’t yet piled in. Ahead of Bisnow’s London Multi-Generational Living event, a panel of experts took a deep dive into why — and why this might change.

It is partly a result of the fairly unique attitude to homeownership of the UK’s baby boomer population, partly due to planning regulations and partly because investors in commercial property have in the past been able to make good returns without delving into this sector with high operational complexity.

But some are starting to take the plunge, with Legal & General alone having a multibillion-pound investment programme in the sector. For those that do get it right in UK senior living, the opportunity is huge.

The UK’s idiosyncratic attitude to senior living is one of the biggest barriers to entry for large investors, particularly those from overseas. It is driven by the baby boomer generation’s experience of winning the housing lottery.

“Homeowners have enjoyed almost unbroken asset growth for the past few decades, so unsurprisingly they are pretty sold on the idea of homeownership,” Octopus Real Estate Director of Retirement Communities Kevin Beirne said. “In a given year their homes might have earned more than they did. They are tied to and can afford to buy retirement homes. There is a rental market, but it is nascent.” 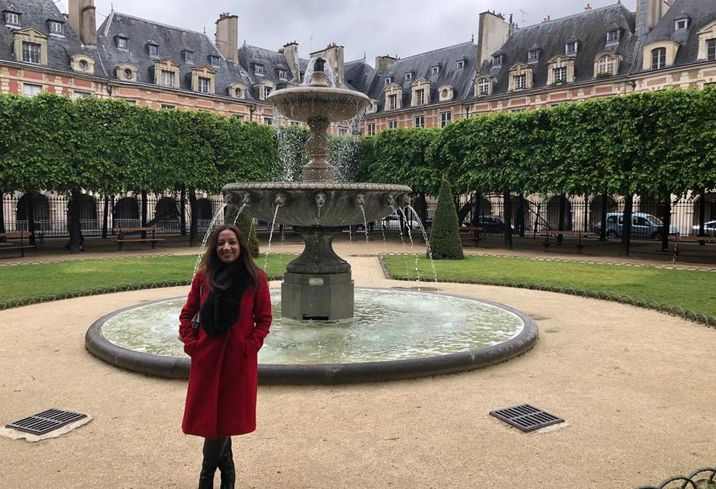 For this reason the UK senior living sector is a mix of retirement homes built for sale, with some rental product available, and then an entirely separate government-funded care homes sector for those that require specific elderly care but can’t afford to buy or rent a private sector unit. The latter has its own well-documented problems due to the reduction in government fees.

This marks it out from markets like the U.S. or Europe, where the rental model is far more developed. For this reason, it is hard for institutions and large investors to work out how to access the sector. Do they want to take on the development risk of funding units for sale? If they want rental income, the product is hard to find.

The lack of rental product means the sector is unlikely just yet to follow the path of BTR, which has essentially been kick-started by U.S. investors who spotted an opportunity to ship the multifamily sector’s practices wholesale across the Atlantic.

“Our model is much closer to that of Australia or New Zealand, so that is where I think overseas interest might come from,” Deb said.

The planning system is also not conducive to senior living development, according to Derbyshire. There is no specific provision or quotas in planning policy for retirement living properties, even though there is a great need for them, and they have a beneficial knock on effect: Retirees downsizing would often be moving out of a larger home ideal for younger families.

“Local authorities need to be more flexible,” he said. “If you include a percentage of retirement living within overall housing policies then that has an overall positive effect.”

Those are some of the challenges. But they are not insurmountable.

The institutional investor making the biggest push into the sector is Legal & General, which funds two senior living businesses. Inspired Villages develops suburban retirement villages where the units are sold off, has nine schemes with more than 1,500 units either completed or in the pipeline, and a target of 3,500 units.

Guild Living, launched in May, develops city-centre schemes, has two sites in Bath and Epsom totalling around 500 units, and further sites in the pipeline. It has a target of more than 3,000 units in the next five years, with a total gross development value of more than £2B. Interestingly given the attitude of retirees described above, the units are a mix of rental and for sale. 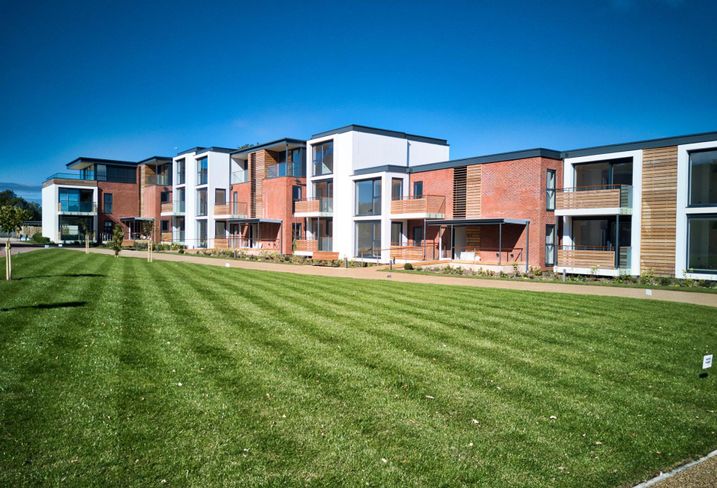 Courtesy of Octopus Property
An Octopus-funded scheme at Wadswick Green in Wiltshire.

“It’s a fantastic investment opportunity,” L&G Chief Executive of Later Living and Chairman at Guild Living Phil Bayliss said. “There are 3 million people looking to downsize their homes, and we see a £100B investment opportunity. Given we’re responsible for the pensions of about 1 million people in the UK, we should know a thing or two about what people want in later life.”

Guild is looking at city centre sites where it can build schemes of a minimum 200 to 300 apartments, to undertake the kind of placemaking that is now common for all large major developments, Bayliss said. So schemes will have ground-floor food and beverage, healthcare and nursery facilities, designed to appeal to both residents and the wider area in which they are situated.

“We really want to be part of the fabric of the local community, and get people coming there that may or may not know any of the residents,” he said. “And we want to build somewhere that lets people maximise their healthy years.”

Bayliss said mixing rental and for-sale units gave L&G a good balance and allowed it to provide the product people actually want, not just what fits its capital structure.

“I’m lucky in that, with most companies you have to chose one route or the other, but L&G’s size and time frame means we can be flexible and do both.

“The reality is, a lot of people have owned their whole life, and want to continue doing that. But people are getting more comfortable with renting, and for L&G that offers long-term income. So we thought it was right to have a balance.”

Bayliss said he expected those people with greater care needs to want to live closer to the healthcare facilities in the schemes, and larger units to be bought by customers buying as couples.

L&G will provide healthcare services at a low cost to residents whether they rent or buy a unit, which will be subsidised by taking a percentage of the price of a unit that has been bought rather than rented when it is ultimately sold on.

With Guild Living targeting city-centre sites, Bayliss said there was a big opportunity to repurpose obsolete retail assets and bring life back to town centres. Its scheme in Bath will be built on the site of a former Homebase store sold by British Land, and its Epsom scheme is being built on the site of a former hospital. Typical Guild Living schemes will need to be built on 2- to 3-acre sites, and so could be built on portions of struggling shopping centres.

“The pace is glacial,” he said of the speed of retail owners being willing to take the haircut in value necessary to sell of parts of sites. “But we think it is a great opportunity to bring residents and wealth back in to town centres and help bring them back to life.” 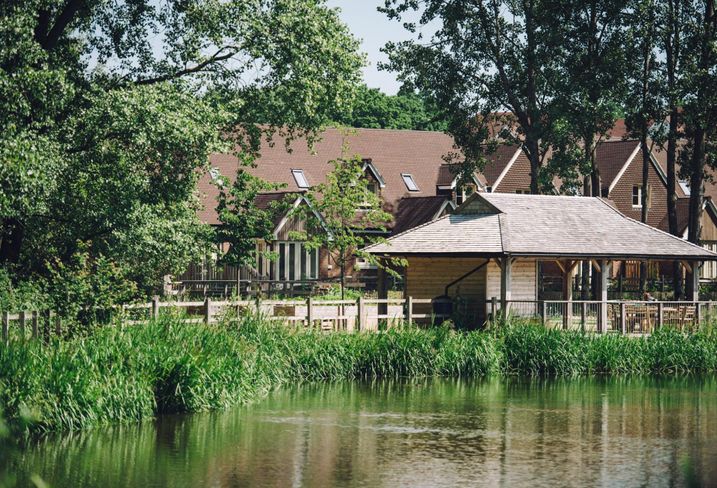 Bayliss said L&G isn’t yet investing in the care home sector, where residents need greater amounts of medical and physical assistance, and where much of the existing stock of beds have been funded by the state. But L&G is looking at ways to enter this sector. He said strategic investment in senior living in general has a beneficial impact for society.

“At the moment, a lot of the time when people are coming in to these facilities, it is triage, and society is paying for problems that could have been avoided with better facilities,” he said.

Elsewhere, Octopus has raised around £200M of equity to invest in healthcare property, a sizeable amount of which is being invested in retirement living, often through forward-funding deals for new developments. Sometimes that is assets built for rent, but more typically it is retirement communities built for the units to be sold.

“We don’t take the development risk ourselves, but we will forward fund projects,” Beirne said. “We are seeing a lot of interest in new-build schemes, and seeing developers bringing some very high-quality schemes to the market. We see the self-pay market as one which will really grow over the coming years.”

While planning policy may not have a specific allocation for senior living, the slide in house prices in some areas, like London and the South East, is driving house builders themselves to become more amenable to selling plots of land to senior living developers at affordable prices.

“House builders are waking up to the fact that providing senior housing is a really good exit for them,” he said. “There is a ready market for the product.”

Senior living is the sleeping giant of UK commercial real estate. The industry as a whole is slowly starting to wake up.