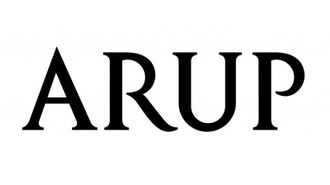 Igniting An Eternal Flame: How The Olympics Are Creating Lasting Urban Development

At Rio de Janeiro’s Deodoro Olympic Park, the venues and arenas that once hosted the world’s greatest athletes now sit abandoned. The pool where Michael Phelps won five gold medals has been invaded by bugs and rodents. The houses and apartments that Olympic medalists once called their temporary homes are scheduled for demolition.

The Olympic Games provide cities an opportunity to showcase their progress to a global audience. But the cost to create the necessary infrastructure can leave cities in debt. The Summer Games in 2016 cost the city of Rio more than $13.1B and the 2018 Pyeongchang Winter Olympics will cost the South Korean city almost twice as much as originally projected.

Architects and developers are solving this problem by finding ways to increase host cities’ return on investment. Urban planners are using the Olympic Games as a catalyst for economic growth, and they are looking to London as a success story.

The city of London entered a bid for the 2012 Olympics with an eye toward long-lasting urban development. Urbanists came together to brainstorm a set of objectives for the future of London, and developed a strategy for how the Olympic Games might accelerate their goals. They addressed topics like affordable housing, improved transportation and public safety.

“London’s pitch to host the games was all about how it would benefit the city in the future,” Arup architect and urban designer Sowmya Parthasarathy said. “It focused on how the venues would be used after the games and what the games would bring to London in terms of sustainability and socio-economic development.”

Parthasarathy spent three years advising the London legacy development corporation, which aligned the development of the Queen Elizabeth Olympic Park with the regeneration of East London.

Stratford was an industrial and locomotive hub in the mid-19th century. The railway in Stratford closed down in the 1990s, and the neighborhood suffered from high unemployment rates throughout the 2000s. The Olympics created more than 100,000 jobs and the U.K. economy saw a £14B boost following the games.

When architects and engineers initially planned for the games, they designed venues that would hold thousands of Olympic spectators, but could also serve the community in and around London after the games. Arup engineered the 2012 Olympic aquatics centre with this in mind.

The facility was designed primarily for legacy use with temporary structures built to accommodate the Olympic-sized crowd of 17,500 spectators during the 2012 Games. These large, winged sections were removed after the games, leaving behind more appropriate seating numbers. The aquatics centre now serves as a leisure space for the Greater London community. The pool is open for community use and offers swimming programs for 50 schools in the greater London region. The centre also hosts several galas and events every year.

Developers are building several parks and public spaces, with more than 10,000 new homes across a mix of tenure set to be built by 2030. The Olympics allowed the city to achieve its goals at accelerated speed. The aquatics centre and other Olympic venues are well-maintained, and serve as a resource not only for East London or the borough of Stratford, but the entire city of London and the larger Southeast region.

Among the Olympic Park’s most popular attractions is the ArcelorMittal Orbit, with the recent addition of the world’s tallest and longest tunnel slide. A programme of cultural events and art exhibits that runs every month has also helped activate the park. A yearlong programme between 2014 and 2015 explored how the park could be used in the future by delivering 16 projects over 354 days and engaging with over 31,000 visitors.

As with most real estate venues, location was also crucial to the success of the project.

Unlike the 2004 Olympic Games in Athens, where parks and arenas were built on the outskirts of the city, London built and reused spaces that already existed within the city.

Stratford is now one of the most connected stations in London, with 11 tube and railway lines passing through it. London added a second Docklands Light Railway line, a new branch of the East London line, new piers along the Thames River and enhancements to more than 100 walking and cycling routes. The games drove increased investment in public transportation to and from the area, and its accessible location makes it attractive for city residents.

Legacy planning must look beyond individual venues and sites and start thinking about the wider operational legacy a city might inherit, according to Arup. Transport systems can adopt new operational models to run more efficiently, and cities can install cleaner and greener infrastructure that encourages active travel like the Greenway, a restored traffic-free cycling and walking route to the Olympic park.

“When done effectively, hosting the Olympic Games is an exercise in city-building,” Parthasarathy said. “When you are planning your games, you must be planning your legacy. We are now looking beyond physical legacy to legacy where socio-economic and operational efficiency outcomes are at the centre of event planning.”