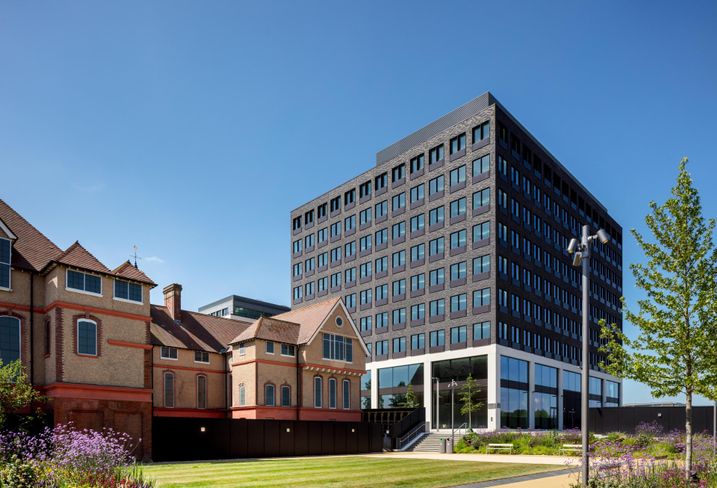 The Chinese developer of a £1.7B London project is seeking to launch a new office concept it hopes to persuade workers is the future of safe, healthy, productive work. The Royal Albert Dock development it will call home has been afflicted by the invisible hand of global politics more than perhaps any other in recent memory in the UK, making the battle to attract tenants exceptionally fierce.

Advanced Business Parks Chairman Xu Weiping told Bisnow that in September the company would launch the prototype of a concept it calls The Cube, a glass office within an office.

It intends to manufacture up to 2,000 such cubes at a cost of £20M for use within its 4.7M SF scheme at the Royal Albert Dock in east London. A cube can be rented for £700 a month.

Each 3 meter x 3 meter cube, complete with its own roof, will be equipped with a desk, flat screen, microwave, fridge and day bed, to try and re-create the benefits people have had in working from home within the office, and also allow them to safely socially distance. They will be air conditioned and soundproofed, with a sliding door for entry.

ABP will also be launching an app to create a community between the people working, and eventually living, at the scheme, offering access to arts, events and media tailored to occupants.

“People have enjoyed the new way of working,” Xu said. “In future they are going to want a safer, healthier place to work that is individual, in a place with shared services, and that blends the online and offline.

“The pandemic has prompted us to rethink office culture. We’ve spent the past months doing that, and this won’t be temporary. What people expect from an office will change.”

Royal Albert Docks is a 4.7M SF scheme split into three phases, on the site of former docklands east of Canary Wharf and opposite London City Airport. The 700K SF first stage, primarily offices, was completed last summer at a cost of £300M. Before the pandemic, ABP had talked of beginning a 1M SF second phase in 2020, focusing on residential, serviced apartments and hotels, although the pandemic might delay this. Chinese state-backed investment company CITIC is ABP’s funding partner on the scheme. 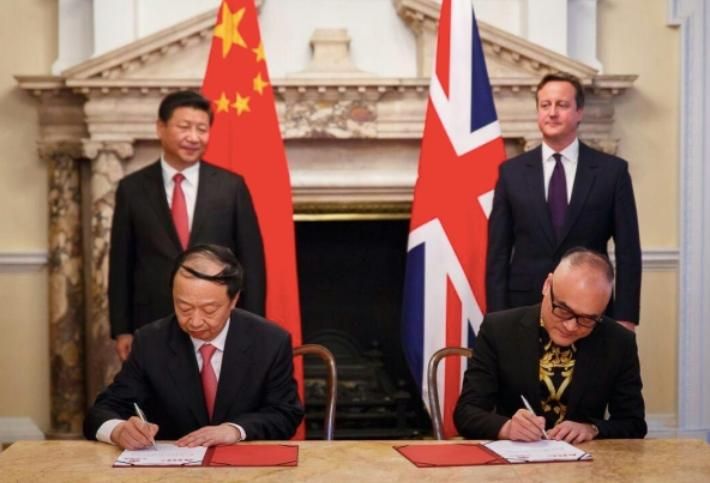 The first phase of the scheme has struggled to let: of the 21 buildings comprising the first phase, just one has been let, to Taiwanese technology firm Advantech.

Xu said that before the pandemic hit tenants had been in advanced talks to take up to 50% of the first phase, and that those deals would be revived when there was more clarity about global economies.

Even before the coronavirus, ABP had been forced to amend its strategy as the sands of international relations shifted.

When ABP bought the scheme in 2013, the UK was ramping up its relations with China, the world’s second economic superpower; and China’s government was encouraging its companies to head out into the world and invest. The relationship between the two countries reached its peak when David Cameron, then the prime minister, took Chinese premier Xi Jinping for a pint and fish and chips in his local pub in Oxfordshire.

On the same visit, an agreement for CITIC's construction arm to serve as contractor on the project was signed between ABP and CITC in a ceremony where Cameron and Xi were present.

ABP’s original strategy was to fill the scheme with Asian companies, principally Chinese, looking to make the first step into the UK and Europe. In 2014 it teamed up with PwC to set up a service for Chinese companies coming to the scheme, providing them with business advice and services.

But in late 2015 and early 2016, worried about the domestic economy and companies investing abroad using debt, the Chinese government began encouraging its companies to refocus on the domestic economy, even barring investment in some sectors, like sports and commercial real estate. The flow of Chinese companies looking to set up offices abroad for the first time slowed, Xu said. That happened just as the first phase of the scheme was being built and the search for occupiers launched.

For those that might expand abroad, the UK is very much off the radar right now, given the tension between the UK and China over Hong Kong, and new laws bringing the island under greater Chinese control. 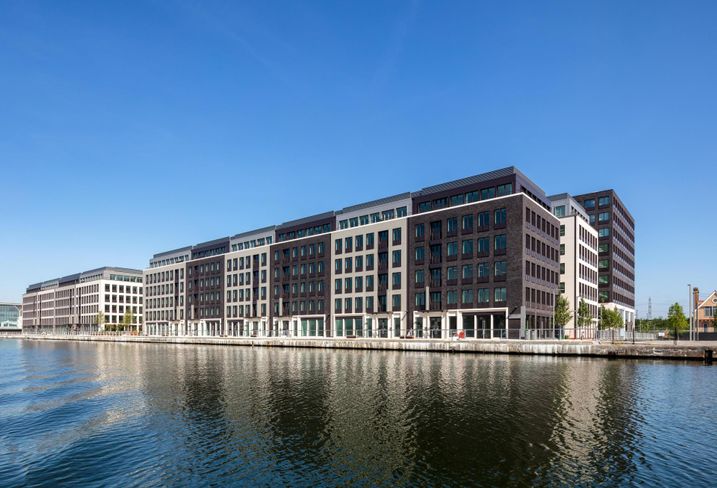 “We changed our strategy of targeting Chinese companies some time ago,” Xu said. “The Chinese government had been supportive of companies going global, but then a series of measures were imposed to redirect this, including a freeze on investment.”

On top of this chilling of outbound interest from China, Xu said the uncertainty created by Brexit caused international companies that had been interested in taking space at the scheme to pause their plans.

“Even after the referendum result there was a huge divide between and within parties over whether Brexit should go ahead, and whether there should be a hard or a soft Brexit,” he said. “Chinese and Asian companies paused their plans to invest in the UK, and so we had to readjust our position in the market.”

To top things off, the delay of the Crossrail line has had a big impact, Xu said. Royal Albert Dock is served by the docklands light railway, on which trains are infrequent and not well connected to the wider transport network. A new Crossrail station is within a short walk of the scheme, but the line, scheduled to open in December 2018, now won’t open until 2021 at the earliest.

“With Crossrail, businesses will be able to get to Royal Albert Dock from other parts of London quickly,” Xu said. “The delay put us in a difficult position.”

Then of course came the pandemic.

“If the crisis hadn’t happened we would have 50% of the space leased by now,” Xu said. “Last year a lot of companies expressed interest, but now they have put their office requirements on pause. That’s why we have spent the past six months studying the future of workspace.”