For a long time, commercial real estate didn’t believe it had a problem.

In autumn 2007, well after the phrase "credit crunch" had become common parlance, Tishman Speyer agreed to pay £22B for apartment REIT Archstone-Smith. On 15 September 2008, the day Lehman Brothers went bust, UK and Irish investors Glenn Maud and Derek Quinlan paid €2.1B for Santander’s HQ in Madrid. Even more amazingly, a consortium of blue-chip banks lent them enough money to do the deal with just €25M of equity.

But Lehman changed everything. Pretty quickly, denial and optimism turned to despair. 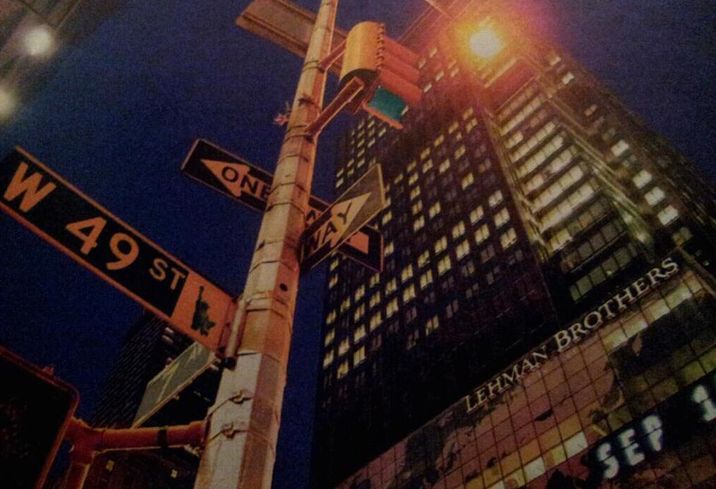 “I didn’t see the signs coming in 2007,” Atlanta development firm Barry Cos. founder Hal Barry said. “I knew there was a housing bubble going, but I never dreamed it would internationally take everybody down. But when your lender gets taken over by the FDIC and they quit paying out on construction draws, you’re cooked, you’re done.”

Today, commercial real estate is in a position similar to the one it found itself in during the months and weeks after Lehman’s bankruptcy: trying to find a route forward from a crisis and work out how the downturn might play out — and when the recovery might arrive.

In that sense, the sentiment at that time can give an insight into today’s market. Was the sector too optimistic, as it had been in the run-up to Lehman’s bankruptcy, leaving people unprepared for a downturn longer and deeper than anticipated? Or did the needle swing too far from greed to fear, meaning people missed out on the buying opportunity of a lifetime?

A trip into the archives finds a real estate industry with a deep gloom hanging over it in the immediate aftermath of Lehman’s demise. At a forum held by The Real Deal in September 2008, a panel of heavyweights outlined a pessimistic future for the sector.

“We’re not at the beginning of the end yet,” Kushner Cos. Chairman Charles Kushner said. “There’s still more pain that’s going to be felt in the marketplace.” 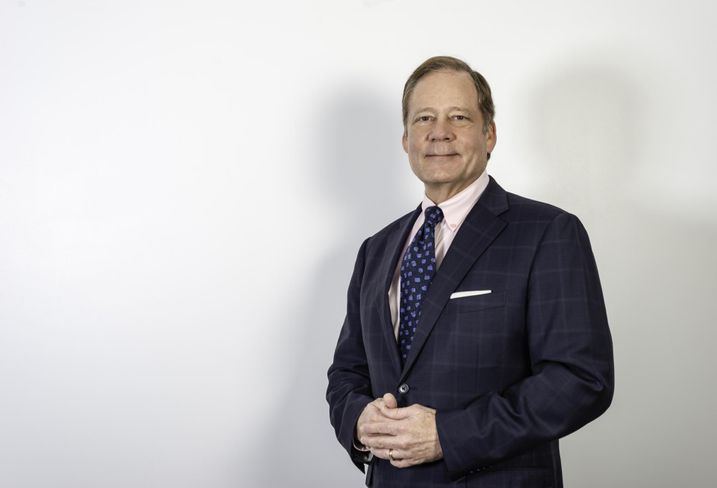 “In New York it's hard to get commercial leases done, it’s hard to sell apartments,” Witkoff CEO Steve Witkoff said. “I think the rental market is going to get soft, and it’s going to get soft in the tertiary areas, too. And yet, it’s better than any place out there.”

Discussing an analysis that showed as much as $100B of commercial real estate assets was in financial distress, Real Capital Analytics President Robert White echoed the idea that people had been too optimistic and needed to face reality.

“People need to go into this with their eyes wide open,” he said. "Too many of us, me included, were too optimistic during the first part of '08. I don't want to be burned again. Unfortunately, these numbers are, if anything, conservative.”

Even future President Donald Trump, typically known as an optimist, was downbeat and halted a residential project in Connecticut.

“Who wants to build in a down market?” he told The Real Deal. “I’m in no rush for many different reasons, and one of them is the market.”

In Europe, things weren’t any better. At a conference the day after Lehman’s collapse, then-British Land Chief Executive Stephen Hester, who would go on to lead nationalised British bank Royal Bank of Scotland, said the collapse “might” signal the bottom of the market, but the sector felt “scary and intense.”

The Urban Land Institute and PwC’s flagship Emerging Trends in Real Estate reports, measuring market sentiment in North America and Europe and written in the weeks after Lehman’s collapse, warned real estate professionals to prepare for a long, slow recovery. 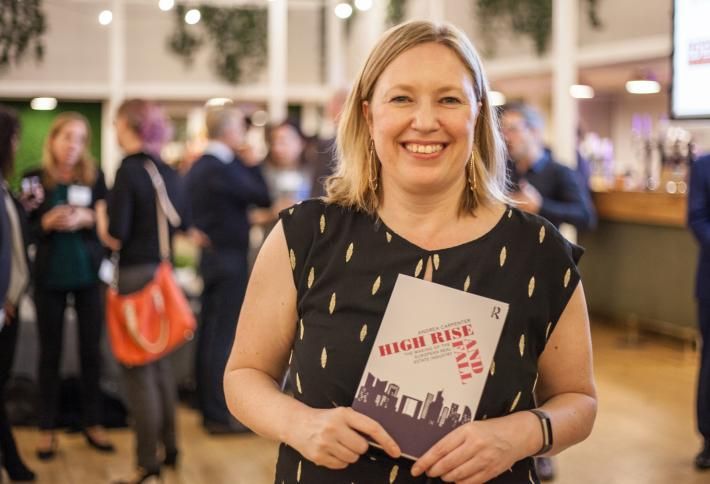 “I remember going to Expo Real [the 30,000-strong conference held in Munich annually] the October after Lehman, and the mood had become negative almost immediately,” Women Talk Real Estate co-founder Andrea Carpenter told Bisnow. “People realised that the amount of debt they had meant things weren’t going to be coming back quickly.”

Carpenter wrote a book in 2018 about the rise and fall of the European commercial property market in the run-up to the last crash.

That financial element of the crisis, and the particular type of uncertainty it presented, is what marks the 2008 crisis out from what the market is experiencing today.

“The [Great Financial Crisis] took years to build up. You knew there was something wrong, but you couldn’t quite work out what it was. And you knew it was going to take years to work its way through,” CBRE Global Investors Head of EMEA Offices John Mulqueen said. “That was a structural failure in the market. Today the short-term impact on economies will be far worse than it was during the financial crisis, but we will be out of it faster.

“Most people were maybe expecting a V-shaped recovery [from the pandemic-driven downturn], but the uncertainty about the time frame for coming back means it might be shaped more like a Nike swoosh. But the positive is that when the market does come back, there will be pent-up demand for space and from investors.”

The fiscal response from governments in recent weeks has drawn praise from real estate investors on both sides of the pond, in comparison to 2008, when governments were seen as slow to react. While low interest rates and central banks printing money can’t provide a cure for the coronavirus, which would be the best stimulus for the economy, it can mitigate the impact for investors in real estate. It is creating liquidity in the banking system, in sharp contrast to 2008, and banking liquidity is one of the main factors that determines the health of the sector. 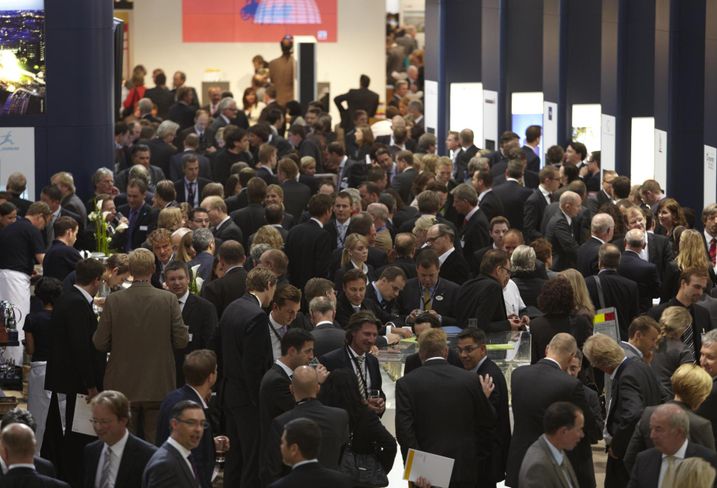 Wikimedia Commons
The Expo Real conference in Munich a few weeks after Lehman's collapse was a sombre affair.

“In 2008 and 2009, when Lehman Brothers failed and Goldman Sachs was in fear of failing and our bank was taken over by the FDIC, the picture was really clear then,” Atlanta’s Morris said. “There were fundamental, structural failures in the financial system that were going to make it impossible for a quick rebound. And what we are experiencing right now is we are getting term sheets from lenders this week to refinance deals. There is liquidity in the banking system, which there was not before.”

But for some, the coronavirus’s immediate and direct impact on jobs and the real economy, rather than just financial markets, makes it a much more worrying prospect.

“The thing with Lehman is that it was a banking and liquidity crisis,” Principal Real Estate Europe Chairman Jos Short said. “But apart from banks, the economy continued to function well. This time you have GDP falling through the floor, and it is affecting everyone: hotels, retail, leisure. These are sectors that employ a lot of people.”

Governments are already talking about rolling back the stimulus programs that were being used by employers to pay wages, because the price in terms of increased government debt is simply too high. Central banks could support the banking system in 2008, but they can’t pay the wages of an entire country indefinitely.

In 2008, the real estate sector had to put its faith in a group of people with whom it could easily identify, and whose language it spoke fluently: politicians, central bankers, real estate lenders. This time around, scientists are at the fore, speaking the foreign language of epidemiology and microbiology, poorly understood by the general public and inherently uncertain.

There is also a human toll element that makes this crisis vastly different to 2008 and has had a significant impact on sentiment. Not better or worse, necessarily, just different.

“Psychologically, it’s very different, in large part because of the social isolation,” Atlanta developer Regent Partners Chairman and founder David Allman said. “You know, it’s nearly unprecedented to have this type of lockdown and all the way that affects you, emotionally and mentally as well as physically. So this has got that added dimension that is well beyond the financial that makes it very distinctive and unique and hard to compare in some ways.” 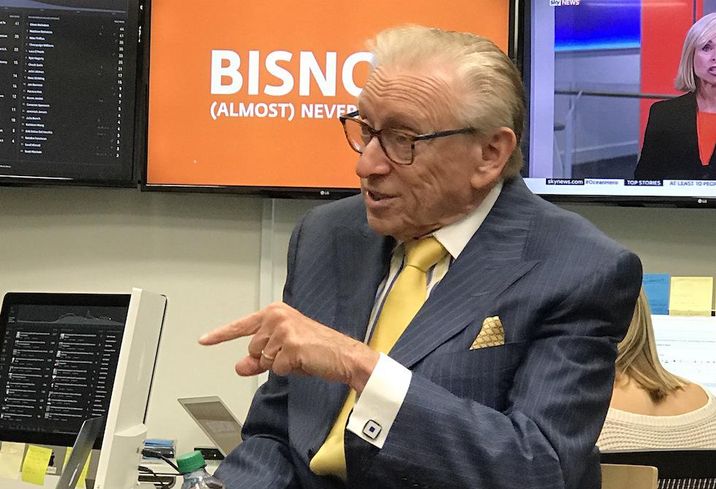 But all told, the talking points within CRE now have a more optimistic bent than in 2008.

“We will get it under control, and I think we will get to that point, particularly once we get the vaccine, that we will accelerate the pathway to normalcy, or at least a new normal,” Allman said. “And so I think, in that sense, we are resilient, and I am optimistic. If there’s a bit of pessimism, I just think it would be in that the slowness of the recovery or the speed of the recovery is going to be disappointing to a lot of people. But if you take the longer view, yes, I’m optimistic.”

Real estate as a sector is pathologically optimistic. Developing or buying a building is an inherently optimistic act: You have to believe that things are going to be as good or better in the future than they are today. And the sector only makes money when things are stable or getting better; you can’t short a building.

And real estate is the ultimate cyclical asset class. With the pain of 2008 still fresh in the mind of anyone working in the sector who is over 35, people have been waiting for a crash for some years now. No one predicted it would come in this form, but now it is here. And it will pass.

At that roundtable in September 2008, veteran developer Larry Silverstein cut the most optimistic figure.

“My sense is that if we’re not at the bottom of that condition, I think we’re close to it,” he said. “But at some point, if people begin to feel there’s an opportunity for a rebound, I think you’re going to start to see capital coming in to the marketplace in a very significant way.”

He was right. Cities like New York and London were the first to recover, and in their wake came smaller regional cities. Prices for assets soon outstripped the highs seen before Lehman. In spite of the gloom, real estate bounced back.