Blackstone Doubles Down In €10B Bet On Spanish Residential Market 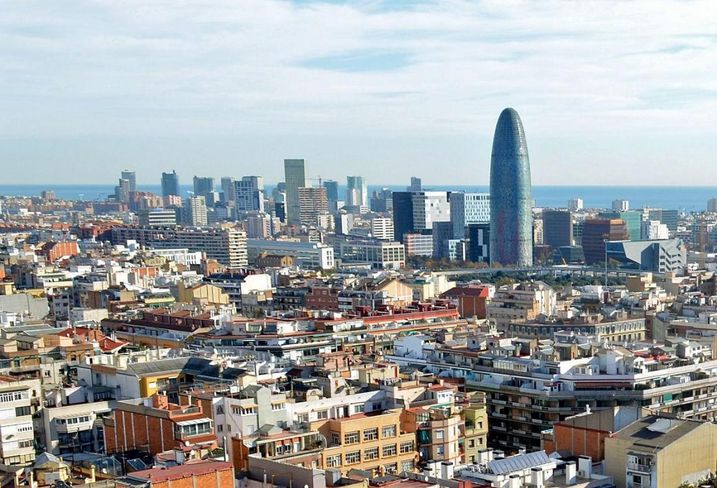 Blackstone is preparing to make one of its largest real estate investments this cycle, and its largest-ever single investment in Europe, with the €5B purchase of a stake in a massive Spanish residential mortgage portfolio.

The private equity firm is in exclusive talks to buy a majority stake in the property portfolio of Banco Popular, the lender that collapsed and is in the process of being bought by domestic peer Santander.

If it completes, the deal will mean Blackstone has built up a €10B portfolio of assets linked to the Spanish residential market, according to research by Bisnow. It is a huge directional bet on what was one of the most distressed real estate markets in Europe, but has started to strongly recover.

Blackstone has faced competition from Lone Star and Apollo Global Management to buy the real estate portfolio of Banco Popular, which has a face value of around €30B. That is comprised of around €18B of assets that Popular has repossessed and around €12B of non-performing loans, according to company filings. Around 10% of the portfolio relates to undeveloped land.

Santander appointed Morgan Stanley to sell the portfolio last month — it wanted a rapid disposal of the assets to clean up Popular’s balance sheet ahead of absorbing the bank later this year.

Blackstone would spend €5B to acquire a 51% stake in the portfolio, which has a present value of around €10B, a write-down of around two-thirds on the face value.

Santander is cutting the deal this way so it can deconsolidate Popular’s real estate assets from its balance sheet, but still retain a stake in any upside if the value improves in the next few years.

A boom in construction and subsequent crash means Spanish banks have on average written off 50% of the value of their mortgage and residential development loans. A government-backed bank called Sareb had to be created to take on €100B of bad debts to clean up the balance sheets of the nation’s lenders.

But this cleanup is well underway, banks have started to increase mortgage lending, and prices are rising — residential values are up 4.5% last year, according to Santander’s data.

Blackstone is likely to be the biggest beneficiary of this, due to its unprecedented investment in the market. And it is looking to profit in a different way than the typical buyers of non-performing loans. 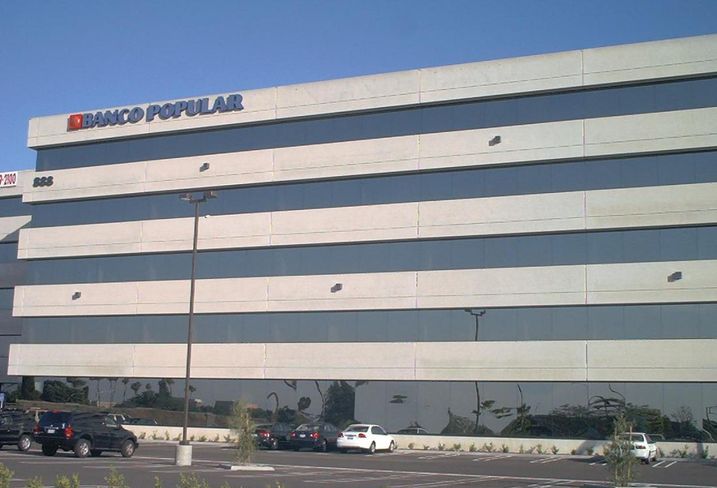 Wikipedia
Banco Popular is being taken over by Spanish peer Santander.

It dipped its toe in the water with the acquisition of 1,800 rented apartments in Madrid from the local authority for €125M in July 2013.

Since then and prior to the Popular deal, it has bought portfolios comprising rented apartments, completed but unsold homes, development land and delinquent mortgages that total around 54,000 homes, according to research by Bisnow. It paid around €5B for these assets, with the biggest deal being the purchase of around 40,000 units from Catalunya Banc for around €3.6B in July 2014.

If the Popular deal completes it will have spent €10B total on a portfolio of 79,000 homes.

Buyers of these kind of assets tend to make their money by buying loans and assets at a discount and trying to get the individual borrowers to repay them at close to their original value, and Blackstone has done some of this. It has resold around €700M of the mortgages via the securitisation market, with more of the same likely to follow.

More interesting is the fact that it is building a giant rented accommodation platform in Spain.

If borrowers are unable to meet mortgage repayments, Blackstone is repossessing them and then renting them back out, in many cases to the original borrower.

When combined with the assets purchased that are already rental units, it is building up a rental business of tens of thousands of units across the country, with a view to selling the assets to institutional investors. Such investors are increasingly keen on rented residential assets because of the diversity and stable income they provide.

Normally big funds like Blackstone prefer to buy large individual blocks of rental units because they are easier to manage — but early in its foray into Spain, Blackstone bought a loan servicing platform that has partly morphed into a rental management business able to manage a cross-country portfolio of many small individual assets.

And Blackstone has already started to exit individual portfolios of rented residential units via the Spanish stock market.

It has floated two Spanish residential REITs called Fidere and Albirana, which raised €212M and €168M, respectively, and own a total of more than 7,500 rented units.

It has immediate plans for two more called Pegarena and Tourmalet. It could also sell portfolios in the private market to individual investors. It is likely to sell the land and unfinished developments to housebuilders as the market recovers.

The Popular deal is a sign that Blackstone feels that a market in which it has already bet big has a lot of leeway yet for recovery.