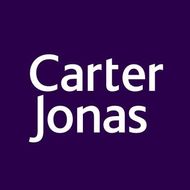 The UK’s build-to-rent sector continues to grow. As the housing market softens, more people are turning to rental homes. However, the property sector is not doing enough to communicate the benefits of BTR as a lifestyle choice, Carter Jonas partner and Head of Build to Rent & PRS Lee Richards said.

“We need to change the way people think about rental options in the UK,” he said. “But that also means providing schemes that have a variety of options to suit as many people as possible. At Carter Jonas, we want to share best practice across BTR to push the sector forward.”

The BTR sector grew by 15% between Q3 2021 and Q3 2022. Although construction has slowed, the number of schemes in planning also grew by 15% in that time period. Growth was stronger in the regions than in London.

The single-family rental market is also growing rapidly. There are now 15,000 SFR homes in planning, which is more than double the figure a year ago. More clients are approaching the Carter Jonas team, which works across rental sectors, to work on SFR schemes.

For growth to continue, the sector needs to promote BTR and SFR as a choice, not a stopgap before purchasing a home, Richards said. There are many benefits to renting, including knowing that all maintenance will be taken care of and lease flexibility. For someone looking to set up a permanent home, they might have to compromise on location or size to purchase a home they’re seeking, but renting may take that need away.

“The rental versus purchase choice is sometimes forced on people, but right now the residential market means it is a good option for many people,” Richards said. “There are still cultural differences between the UK and EU countries such as Germany where renting is socially accepted. Are we at the cusp of long-term renting being acceptable?”

The growth of BTR is pushing the UK to a point of long-term renting becoming more accepted, Richards said. Private landlords are leaving the sector due to increasing mortgages and tax changes, leaving significant opportunities for BTR schemes to offer high-quality homes that will make renting as a whole more appealing. But as well as communicating the benefits, developers need to create schemes that provide options for as many different people as possible.

Carter Jonas is increasingly working on schemes that are targeted at demographics other than the young professionals, which is the group generally thought to be most attracted to BTR homes. The team is currently working with developers creating schemes targeted at the retirement community and families. These options might have a lower level of amenities compared to high-end BTR homes, but they’re still designed to create a great community, Richards said.

“People stereotype BTR as offering a high level of amenities at a high cost,” he said. “This is perhaps where BTR started, offering a follow-on to student housing. But we’re focused on driving the mid-market BTR to make sure there’s a product available for as many people as possible.”

Increasingly, BTR and SFR will be included in mixed-use and extensive residential schemes, Richards said. Already the average size of an SFR site under construction has grown by a third in the last 12 months. As appetite for BTR grows, the real estate sector will increasingly include rental options when masterplanning.

“At the moment, SFR still happens towards the end of the development process, perhaps one of the later phases that a housebuilder may be struggling to shift,” he said. “Increasingly, it will form part of the strategic land proposition, included from the beginning.”

The current economic environment makes it an ideal time to champion BTR as an option for everyone, Richards said. Carter Jonas is keen to use its team’s experience in the sector to create as many opportunities as possible.

This article was produced in collaboration between Carter Jonas and Studio B. Bisnow news staff was not involved in the production of this content.