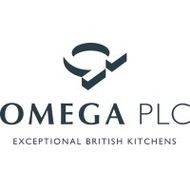 The pandemic has had a lasting impact on how we use our homes. During national lockdowns, living spaces became workspaces and for many people this has continued. More than 80% of people who worked at home during the pandemic say they plan to continue with hybrid working.

The result for residential developers is that they are rethinking how they design kitchen and living spaces, kitchen manufacturer Omega PLC Project Design Manager Ben Jones said.

“Kitchen design has evolved substantially in a short amount of time,” he said. “The pandemic has given people time to evaluate how they use the space they inhabit and what they utilise it for. People have reflected on what they need and want from a space and are now developing the kitchen to better suit their wants and needs.”

Before the pandemic, people living in apartments used the kitchen simply for what it was planned to be: a place to cook and eat. When lockdowns arrived, many people found themselves spending hours of the day at the kitchen table, if they didn’t have space to work elsewhere in the home. Property developers are already acting on this need, Jones said.

“The kitchen has become a living area in its own right and used for so much more than its primary function,” he said. “As a result, the space is increasingly being designed to flow through into other areas of the home. Continuity in design is key. For example, open shelving and dressing can enable seamless integration of spaces to flow through the entire home.”

The kitchen is now “the hub” of the home, Jones said, with a worktop that can house a laptop and an area for conducting video calls. Using a kitchen as a workspace doesn’t mean a complete redesign, however. Instead, it calls for a more flexible design, to allow residents to use the space as they need to.

“The kitchen has become a much more flexible space,” Jones said. “There is a bigger emphasis on smart storage and functionality not only as a kitchen but as an office, entertaining space or evolved living area. For example, kitchen furniture is multifunctional and shouldn’t be seen as purely kitchen cabinetry alone.”

As kitchens are increasingly designed to be workspaces, they are also integrating modern tools that mean they perform better as kitchens, Jones said. Following lockdowns, 91% of people said they intend to do the same amount of cooking as during the pandemic or more.

“As technology evolves, it is becoming more integrated with kitchen design, enabling more functionality for the user,” he said. “This gives them more tools to cook from home and hone culinary skills, which became more popular when venturing out to dine wasn’t a possibility.”

“The pandemic pushed people to be more personal with colour mixes and blends,” he said. “They want to evoke an emotional connection to the space rather than playing it safe with clinical or neutral tones as we’d see predominantly in the past. Being stuck inside for so long has really influenced bringing outside influences into the home and the way spaces are designed.”

Jones gave the example that people are looking to incorporate natural botanical finishes, with elements that link the kitchen to the garden with a fresh feel. The use of textures and layering has also become more prominent, as people seek to create a warmer tone. As a result, developers of apartment blocks have become more interested in speaking to Omega about the full range of finishes the company offers, rather than solely sticking to neutral tones.

Another noticeable trend is people’s increased interest in more traditional finishes, Jones said, rather than modern cabinet doors. People are turning to British kitchen designers such as Omega that can supply this aesthetic.

“In the past, people looked to countries like Italy or Germany for quality and design, but increasingly we have the breadth of offer they’re looking for,” he said. “As well as offering modern designs, we can offer something more traditional, which overseas designers don’t usually address.”

Overall, the pandemic has instilled in today’s residents a desire to combine functionality with high-quality design aesthetics that make spending so much time in one space enjoyable, Jones said. Although the pandemic has eased, its impact on how people view spaces is here to stay.

This article was produced in collaboration between Omega PLC and Studio B. Bisnow news staff was not involved in the production of this content.