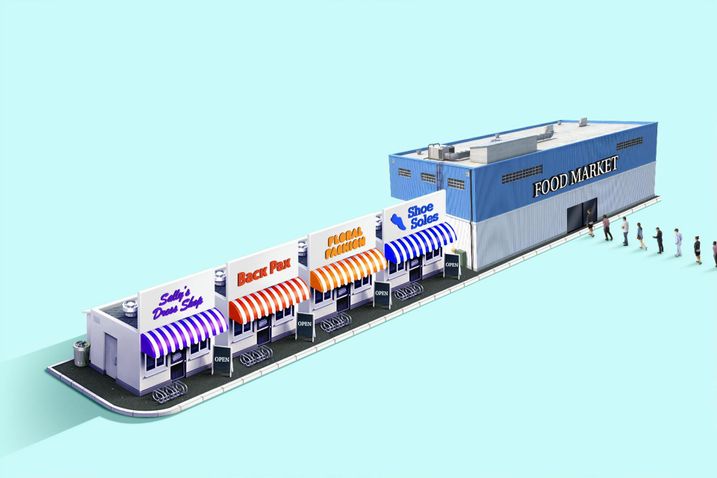 Houston’s retail market fared reasonably well during the first half of 2020, recording a 1.4% decline in occupancy since the end of 2019, according to a new report from Weitzman.

Though the coronavirus pandemic forced most retailers to close their doors for several weeks, retail occupancy only fell from 95% to 93.6% during the six-month period. That occupancy rate is based on an inventory of almost 163M SF of retail projects that have 25K SF or more.

The resiliency of Houston’s retail market was partly attributed to the government stimulus package, including the assistance of Paycheck Protection Program loans and landlords working with tenants to be flexible with rent payments, the report said.

Another major factor is Houston’s decreasing volume of retail development. About 866K SF of new retail development that comprises at least 25K SF or more is slated to deliver in 2020. That delivery volume is 47.4% lower than the amount of comparative retail space delivered during 2019. As a result, Houston is avoiding an oversupply situation that has accompanied previous economic downturns, Weitzman said.

The report noted that Houston’s retail market continues to see new projects, but they tend to be smaller because they are often strip-center expansions joining existing anchors, smaller infill retail projects or retail space in mixed-use projects. The market has also essentially eliminated spec space.

Thus, Houston retail entered the coronavirus pandemic from a position of strength. Vacancies have been kept partly in check because Houston has not seen a huge wave of permanent closings from large national retailers like JCPenney and Nordstrom, the report said.

The retailers that have announced closures include concepts that had already reported struggles prior to the pandemic. Sears is closing two locations in Houston, while Stage Stores filed for Chapter 11 bankruptcy in May and will close 30 Houston-area stores.

Chapter 11 bankruptcies have also hit smaller retailers like Pier 1 and Tuesday Morning, which are both closing Houston locations, and 24 Hour Fitness, which is closing 12 of its Houston-area gyms. Overall, the announced closures account for about 2.2M SF of new retail vacancy.

Houston has also seen some backfilling activity during the first half of the year, which has helped to counter some of the space created by struggling retailers.