Today is the day. A new downtown venue for Houston's food explorers, Finn Hall, is open to the public. The food hall is on the ground level of The Jones on Main at 712 Main St.

Food halls — an emerging trend across the nation and in Houston — satisfy the rise of foodie culture, counteract the slowdown experienced by many retail centers and are a popular option for mixed-use projects, also a growing development trend.

Finn Hall is just one of the food halls in place or coming soon in downtown Houston. Others include Bravery Chef Hall, Lyric Market and the Conservatory. Finn Hall features 10 chef-driven concepts and two bars inside one centralized location. The destination provides diverse, multicultural dining options from local chefs and brands.

Food delivery and catering service will be available starting with deliveries to the buildings in the area of Main and Rusk streets. Services will expand into the surrounding office buildings, residences, hotels and nearby neighborhoods throughout December and January. Orders can be placed on Finn Hall's website from all of the concepts.

Customers can enter through three entrances: Main Street, Rusk Street and through the lobby of The Jones on Main in the JPMorgan Chase & Co. building. It is also accessible through downtown's tunnel system.

Food halls are vastly successful, according to Cushman & Wakefield. The number of hood halls nationwide is expected to triple within a five-year span. In 2015, there were 70 in the U.S. and the number had grown to 118 by the end of 2017. By 2020, the firm expects there to about 300 food halls. Of the more than 100 that had opened by 2017, only three had reported closing.

At a Bisnow Future of Downtown event in Houston in September, the panelists outlined the attractiveness of food halls. One common thread: Food halls are fancy food courts.

"Food halls are basically the new food courts," A' La Carte Foodservice Consulting Group principal Chris Tripoli told the crowd. "That is what happens when you have some chef-driven new concepts, make the food better, enhance the design and change the name. Now, you have variety but at a higher level."

Here are pictures from inside Finn Hall: 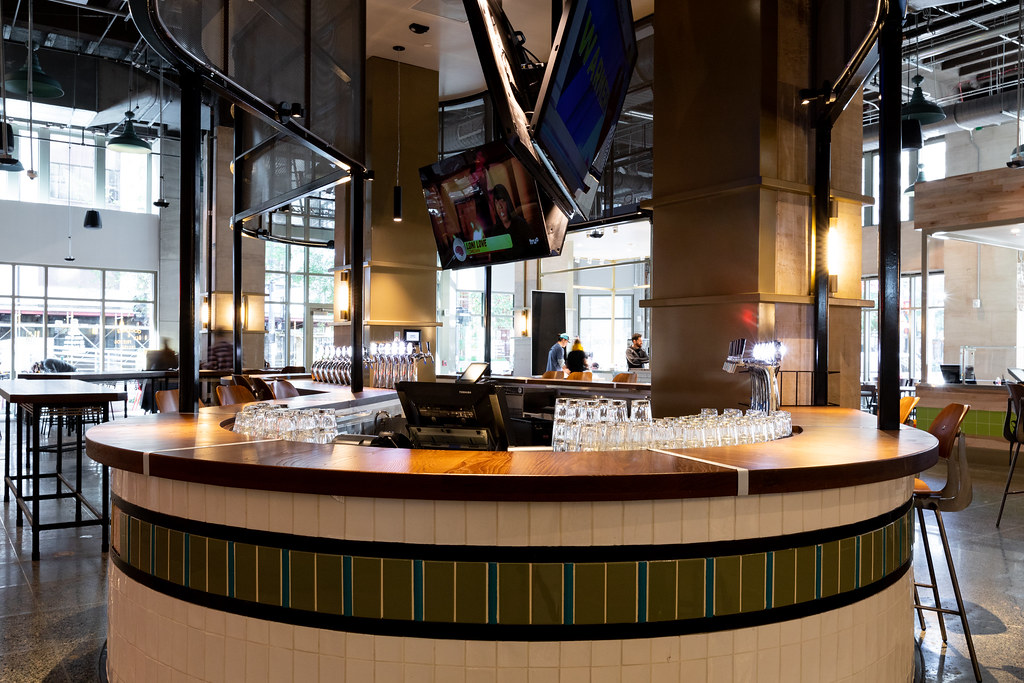