When tenants start opening in the River Oaks District this spring, we’ll see if Houstonians are willing to park in a central location and wander around a luxury mixed-use center. Retailers seem confident in its success—the property’s 70% pre-leased despite rents over $200/SF (well above our market average) and is attracting brands that have never operated in Houston before. Here are 17 new faces to the Bayou City, as brought to us by the River Oaks District.

Begin slideshow
View as one page
1 of 18 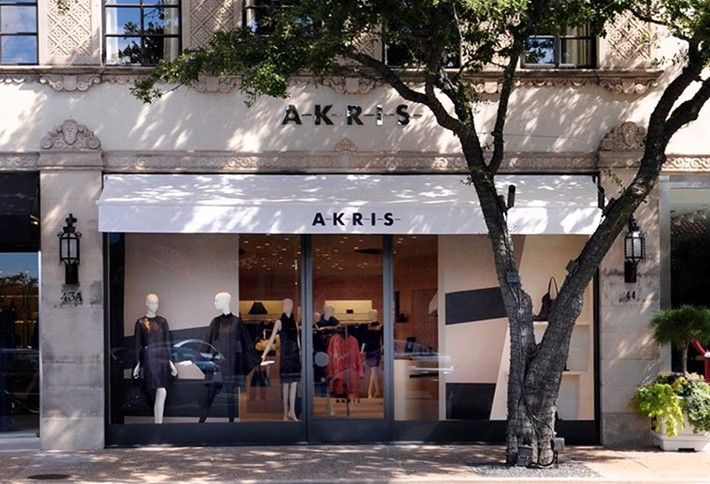 The Swiss fashion designer was called “the most successful label you’ve never heard of” by The Financial Times, and specializes in attire for women execs. (Condoleeza Rice has been known to wear Akris.) The brand is sold by Neiman Marcus and Saks but doesn’t have many of its own boutiques—the first two opened in Boston and Paris in ’96, and Akris now has stores in Tokyo, Seoul, Vienna, NYC, Dallas and Munich. 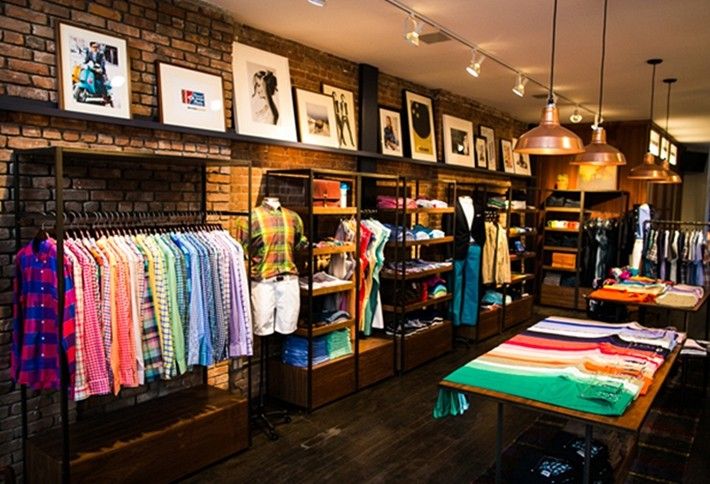 First launched as an e-commerce menswear company in 2007, Bonobos opened its first bricks-and-mortar “Guideshop” in 2012. There are now 13 such locations where shoppers can get fitted and see what styles work on them. (But be prepared to walk out empty-handed—if you see something you like, clerks order it for you and ship it to your home.) 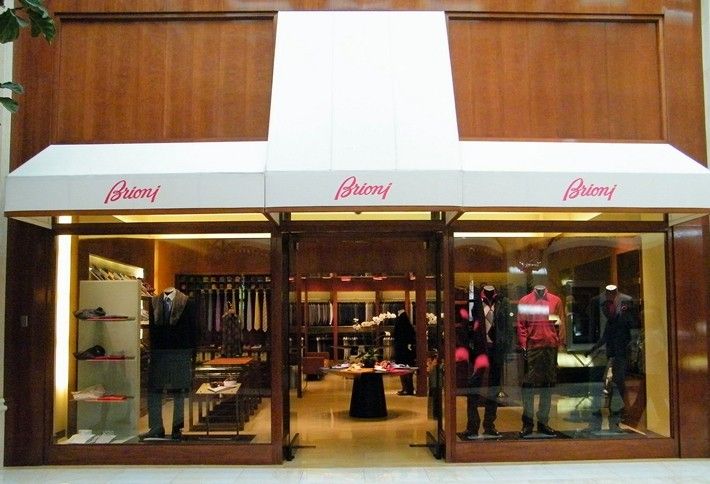 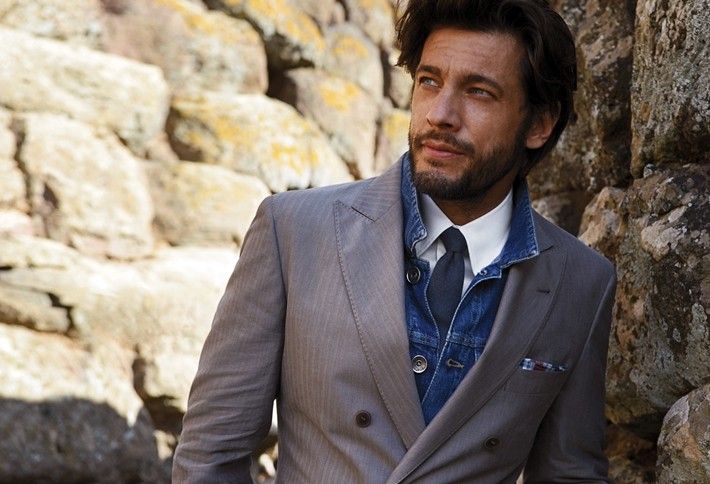 Brunello Cucinelli outfits men and women and is best known for its luxurious Italian cashmere fashions. It has 13 US stores in all the poshest locations (Aspen, Bal Harbour, Beverly Hills, Madison Avenue, you get the drill). Owner Brunello is known for his philosophy almost as much as his clothing—he focuses heavily on the people at the core of his business. He rebuilt a 14th-century castle as his HQ in Solomeo, Italy, and employed the townspeople “to discover their individuality materialized into the garments they created.” 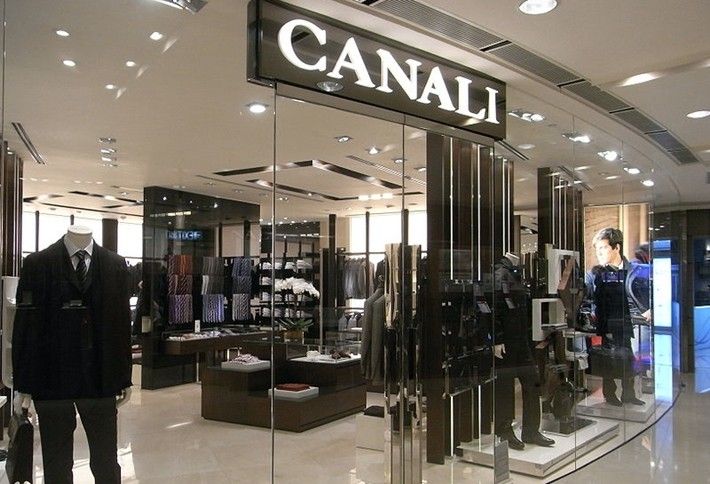 Founded in 1934, Canali is an Italian third-generation family-owned company specializing in men’s suits. It’s currently in eight US cities, but is aggressively expanding worldwide. 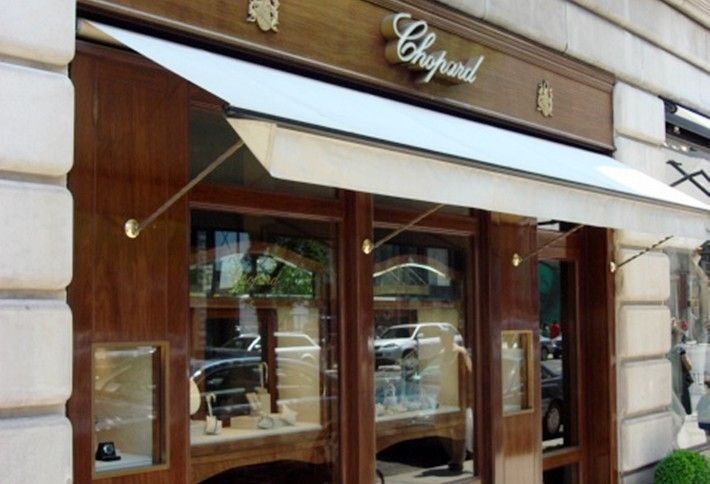 Wrists, take note—Chopard is a luxury watch and jewelry brand founded in Switzerland in 1860. The River Oaks boutique will be only its sixth US store. 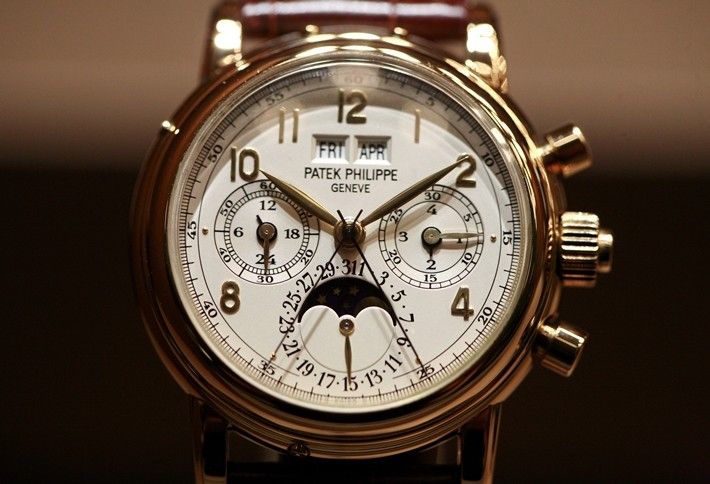 Opening in Houston will double De Boulle’s footprint—right now, it only operates in Dallas. Dennis and Karen Boulle opened that store in 1983 to sell premier watch and jewelry brands like Blancpain, Breguest, and Patek Philippe. (If you go, you’ll be in good company—Angelina Jolie bought Brad Pitt a Patek watch as a wedding gift.) 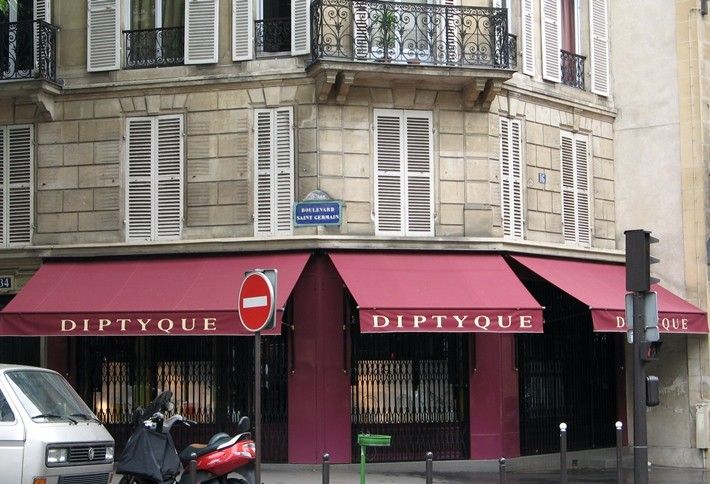 Diptyque, a candle and perfume retailer, has a real estate connection—it was founded in Paris in 1961 by a painter, a set designer and an architect. It’s best known for its candles, which it produces in more than 50 scents. Diptyque has locations in San Francisco, Chicago, New York and Buckhead Atlanta. 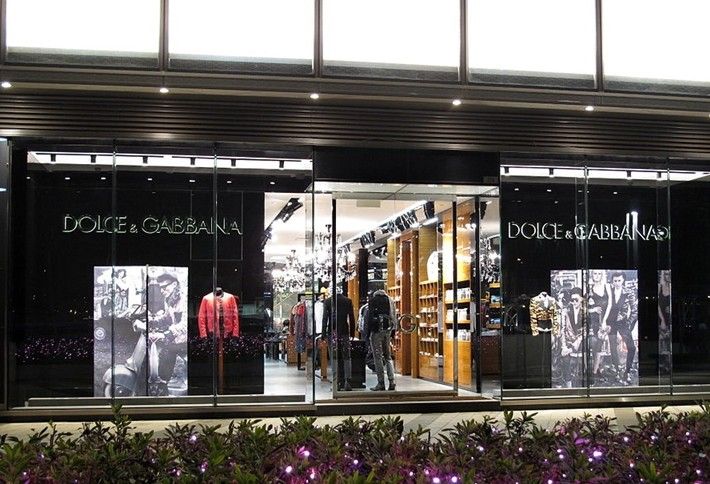 You could buy Dolce & Gabbana at the Neiman Marcus in the Galleria, but now the brand will have its own boutique here. (There are 10 other boutiques in the country.) The retailer is known as one of today’s leading international luxury goods groups. 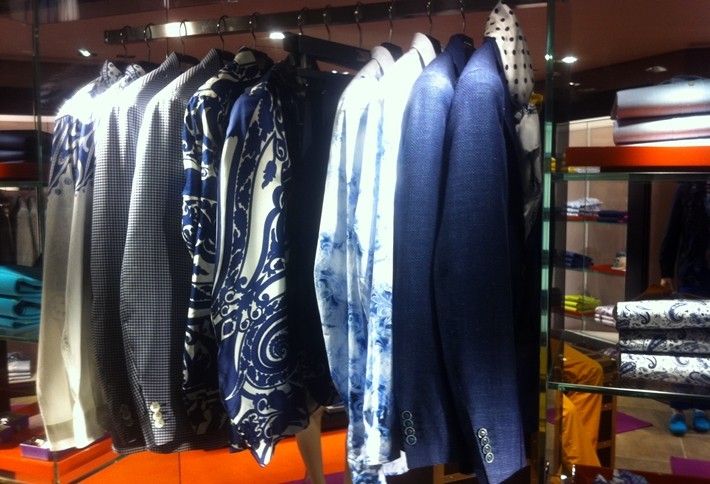 Etro’s best known for its use of paisley and colorful patterns in its textiles. Although its men’s and women’s apparel are sold at Saks Fifth Avenue, it only has existing boutiques in New York, Miami, Atlanta and Los Angeles. 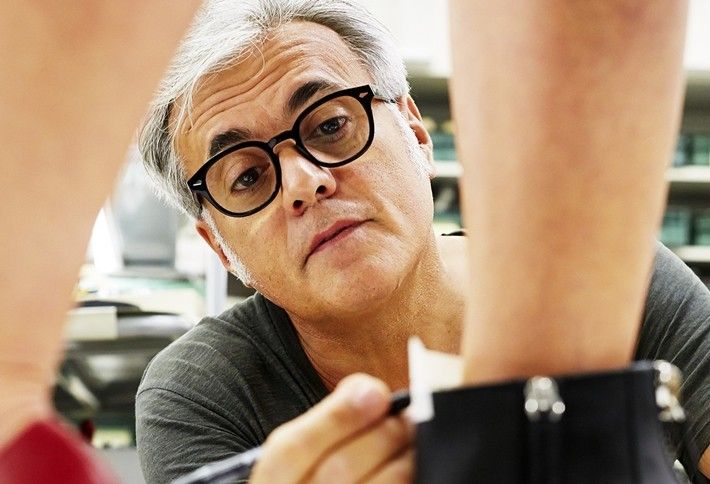 The Italian shoe designer opened his first boutique in Milan in 2000 and has quickly expanded to offer men’s and women’s designs as well as handbags and accessories worldwide. Its current US boutiques are in Beverly Hills, Vegas, Atlanta, Miami and New York. Here’s Giuseppe Zanotti himself hard at work. 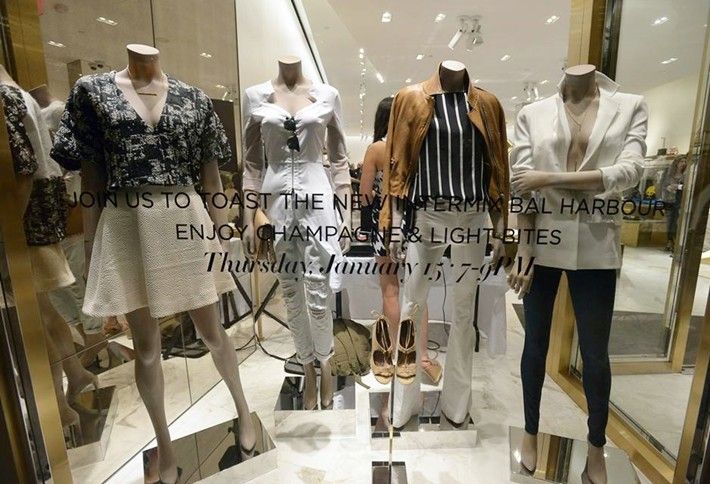 Intermix offers the most sought-after women’s styles from a variety of designers. It hand-selects different trend pieces for the neighborhoods and lifestyles of its clients, and personal stylists work with clients to create one-of-a-kind looks. It’s rapidly growing in the US, with stores in 15 states. 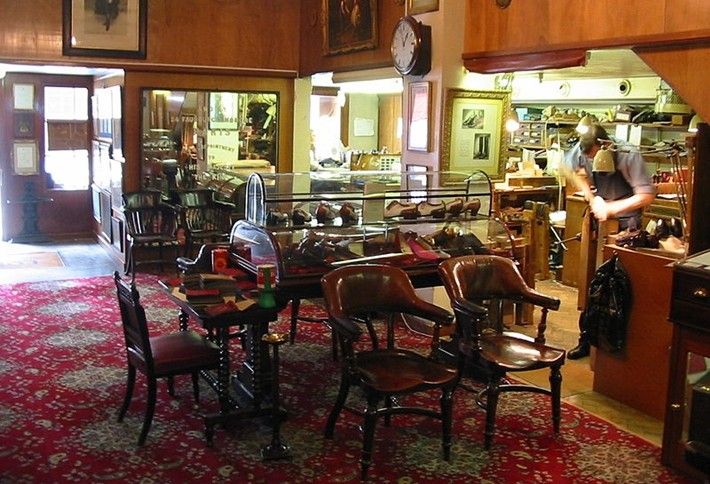 Known for its handmade-to-measure shoes and boots, John Lobb has been in business for nearly 150 years. Esquire once called its London location the most beautiful store in the world, so the River Oaks boutique (its third store in the US) should be a sight to behold. Famous clients include Prince Charles, Queen Victoria, Frank Sinatra, Andy Warhol, Princess Di and Jackie Kennedy. 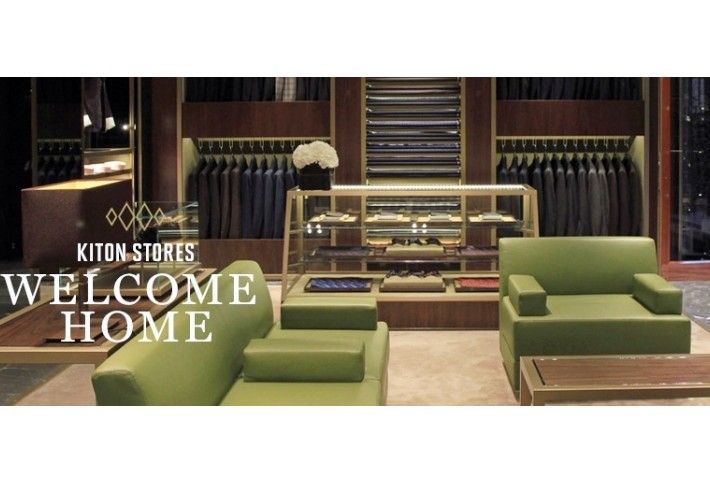 Kiton was founded in 1968 in Naples and makes men’s and women’s made-to-measure luxury clothing with an emphasis on hand tailoring. The company makes 20,000 suits per year, with each one taking about 24 hours of labor and the imput of at least 45 tailors. The company’s name comes from “chiton,” a tunic the ancient Greeks (and Aphrodite) wore. There are only three Kiton stores in the US today—Vegas, Miami and New York. 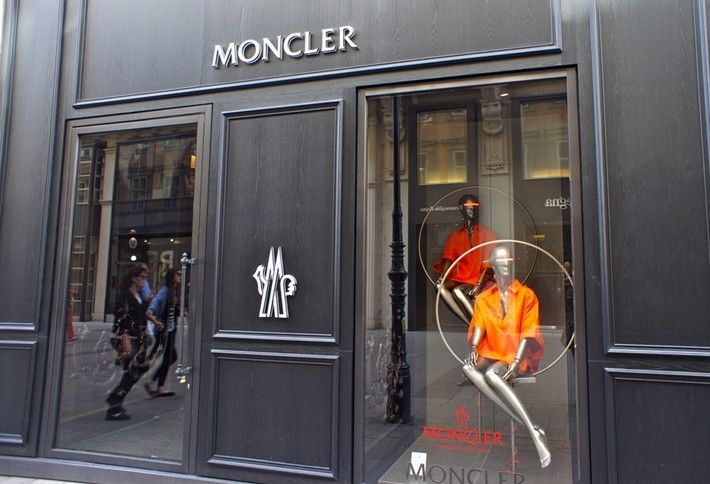 The outerwear retailer was established in 1952 and has eight US locations. (One’s in Honolulu—they wear coats out there?) It’s best known for the quilted jacket that we often see on athletes and mountain climbers. (Madonna and Jackie O have also sported Moncler.) 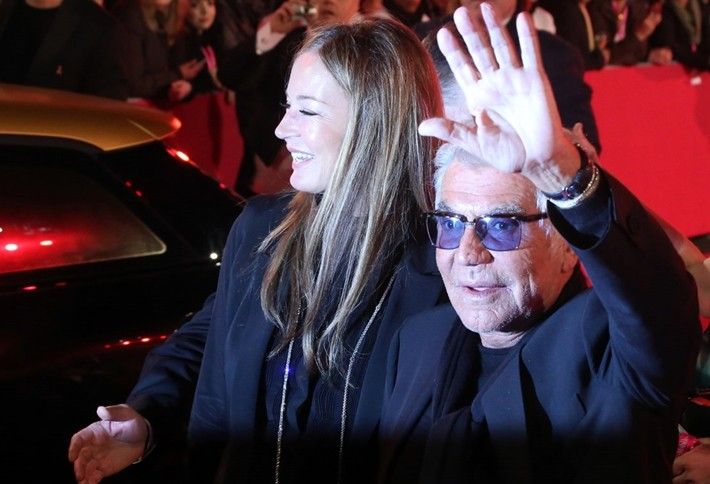 Between its Roberto Cavalli and its Just Cavalli stores, the Tuscan fashion designer has 13 US locations. The brand is known for its exotic prints for men and women and for an ever-changing style. Pictured, Eva and Roberto Cavalli at Austria’s Life Ball 2013. 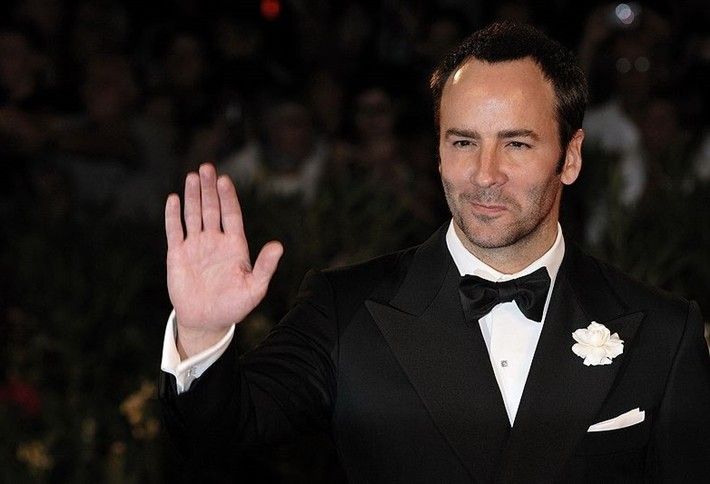 Here’s another brand that, until now, you’ve been going to Neiman Marcus for. Tom Ford (pictured here at the Venice Film Festival in ’09) was actually born in Austin, but he only has one existing boutique in Texas (Dallas). The River Oaks store will be just shy of 5k SF and will have women’s and men’s wear, beauty, eyewear and accessories.