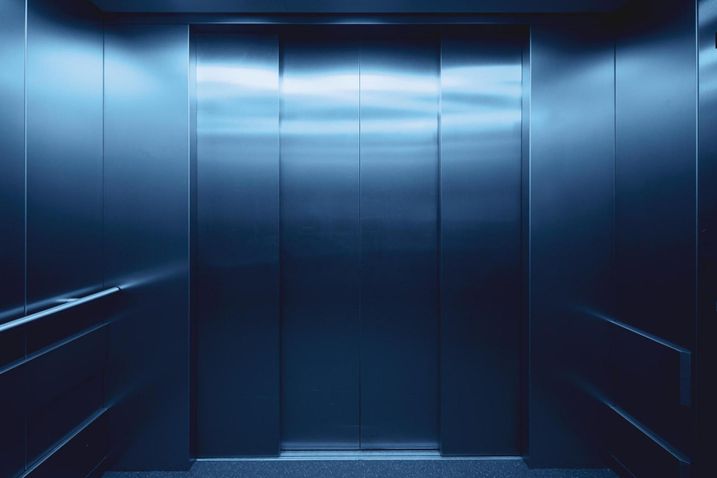 Though many of the country’s stay-at-home orders have begun to lift, the return to the workplace has been slow for many employees. Property management companies are finding that many office tenants are being cautious in their return, with building occupancy rarely surpassing 25%.

In Houston and other Texas cities, central business districts tend to be less dense than their counterparts in places like New York City and Chicago. As a result, entering and leaving office buildings via elevators and stairwells while practicing social distancing is not too difficult.

But as occupancy eventually ramps up, property managers face the difficult question of how to get workers in and out of high-rise office buildings safely.

Hines Senior Vice President of Operations Meredith Cress said tenant workers in the buildings it manages follow socially distanced floor decals to wait in line for elevators, with a limit of four people to a cab.

“If we get to a point where occupancy really does ramp up, and we're north of 50%, maybe 75%, we may have to rethink that,” Cress said during a Bisnow webinar June 16.

Cress pointed to the U.S. Centers for Disease Control and Prevention guidelines released in April, which recommend that people wear face coverings in situations where social distancing is not practical.

“People just need to protect themselves when they're getting on an elevator cab, because us capping the number of riders isn't realistic or sustainable,” Cress said.

Cress said Hines’ property managers saw occupancy plummet to between 2% and 5% during the stay-at-home orders, but those figures have risen to between 20% and 25% for most buildings.

Transwestern Vice President of Asset Services Kelly Wheeler said building occupancy in its portfolio varied according to the market and tenant size, but now averaged between 10% and 15% nationally.

With elevators now posing a challenge to property managers, some are examining the implications of allowing tenants to move freely between floors using stairwells, to help reduce the occupancy of elevator cabs. That could mean leaving doors unlocked, posing security challenges to tenants and property managers.

The pandemic has forced property managers to ask building features to perform in ways opposite to what they have been designed or used for over the years, Wheeler said.

“We're asking the elevators to do things that they weren't designed to do, and now we're using the stairwells — at least in this market, we've been trained they're for life safety exit from the building. Otherwise, folks generally are encouraged not to use them,” Wheeler said.

The ingress and egress challenges facing high-rise buildings with large tenants may not be so severe for buildings with a small tenant profile. NAI Partners Managing Director of Landlord Services James Tainter said that for buildings with smaller companies, occupancy remained much higher during the stay-at-home orders, and has bounced back more quickly.

“You could have a one-, two-, three-person office and still practice social distancing, so those kinds of tenants, some of them worked all the way through,” Tainter said.

“We had one building that was about 60% occupied during the peak two months, but I would say overall, we've probably only hit maybe 50% return.”