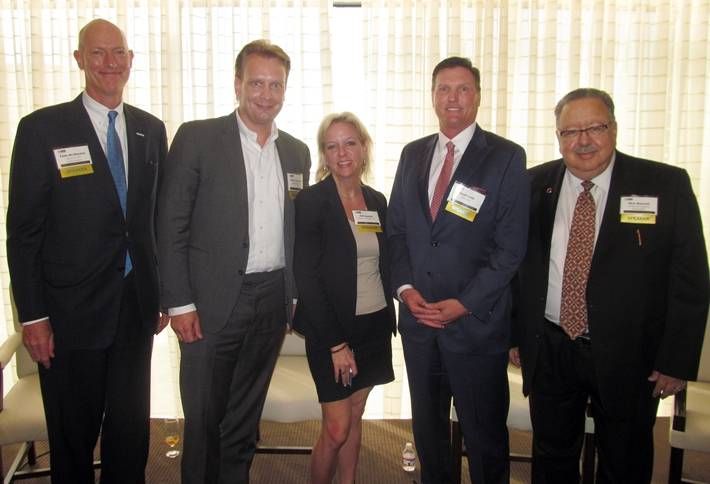 Houston’s retail, multifamily and hotels are doing really well, and we partly have Millennials to thank, according to experts at Bisnow’s State of the Market last week. Retail Solutions founder David Simmonds says people are getting caught up in the melodrama of oil prices, but he believes the idea that Houston will go into a recession is laughable. Our wage growth and home sales have been very high, and Millennials in particular are drawn to the affordable but high quality of life. That’s significant for multifamily and retail—many Millennials are still living with their parents, and as they earn more, they’ll move into apartments and have to stock them up with goods. David’s second from the left above with fellow panelists Houston First chief development officer Peter McStravick, moderator Barron & Adler partner Kim Loessin, Berkadia SVP Brant Smith and American Liberty Hospitality CEO Nick Massad. 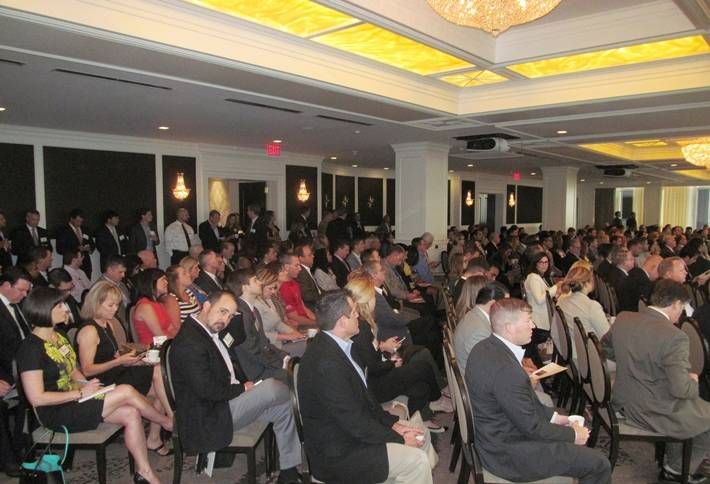 375 joined us at the new Petroleum Club last week for the event. Nick, who’s serving as chair of the Greater Houston Convention & Visitors Bureau, says Houston is also beloved by young professionals for our arts, cultural and restaurant scenes and the fact that we’re less government centric than other markets. Houston hasn’t spent much on tourism over the last decade, but Nick says the CVB just decided to almost triple its tourism budget. It’s marketing Houston as a great place for a weekend getaway and is advertising in Mexico and everywhere Southwest flies. 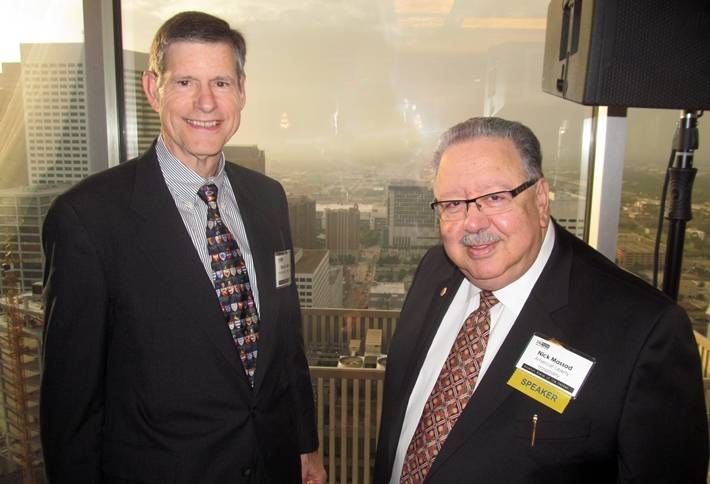 We snapped Nick, right, with Intergroup Capital’s Tandy Lofland—his Embassy Suites Downtown is posing right between them. Nick says there’s $1.5B of development now in the Convention District, and he’s making sure to build hotels across price points to attract diverse activity and be more appealing to conventions. (We’ve focused too much on oil and gas business travel for many years, he says.) 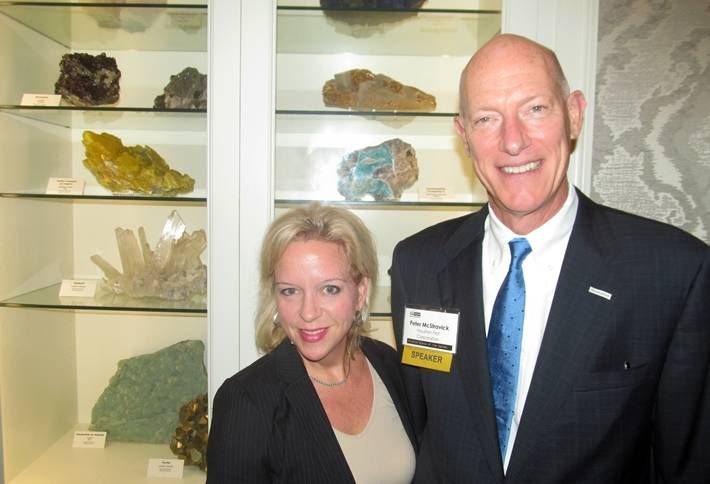 Peter is seeing fantastic retail interest Downtown—Griffin and Wulfe are building up to nine pad sites Downtown, and have had 45 retailers show interest in them. That’s no surprise to David—dropping oil prices have pushed activity out of tertiary Texas markets into primary ones like Houston. Our core properties are sometimes getting cap rates in the 3% range, David says, especially when the dirt is a great long-term value. Demand is way outstripping supply, holding our occupancy above 95%; he expects Houston’s retail market to stay really healthy for the next two or three years. 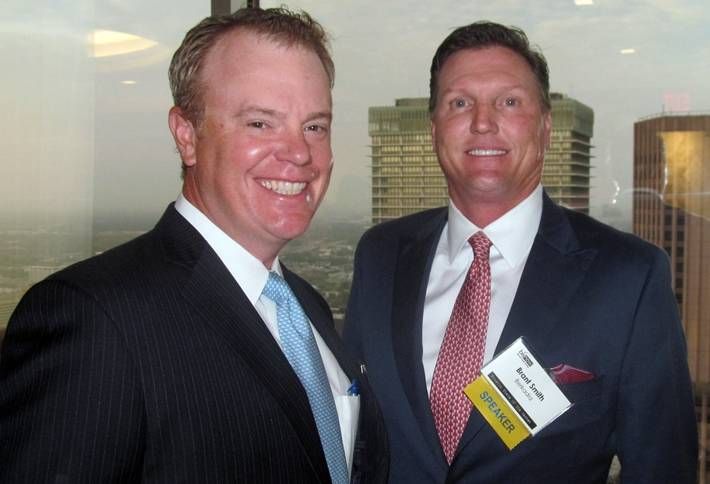 Brant (pictured with colleague Cutt Abelson) says multifamily is doing very well—everyone he’s talking to that’s leasing up new product now says they’re above pro forma. (Leasing velocity has slowed some but is still high.) That said, he thinks projects that haven’t delivered yet will struggle to hit their pro formas. He thinks the first of next year we might see concessions enter the market for multifamily renters, but he doesn’t expect investors to get any bargain on acquisitions. Brant would like to see multifamily activity pick up in the east side of Houston to capture downstream employment activity.