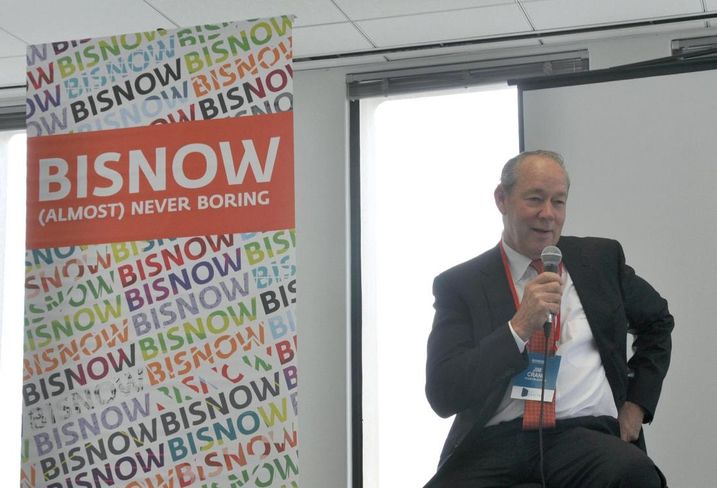 Few organizations have had more effect on Downtown Houston's revitalization than the Houston Astros. Since buying the team in 2011, Jim Crane has been a major part of that overhaul. Today, Minute Maid Park is at the heart of a bustling neighborhood on Downtown's east side. But there is still work to be done.

At Bisnow's Future of Downtown event, Crane spoke about his vision for the area.

"Chicago is a great example. They used to pack the house, [Wrigley Field] was the place to be even when they were terrible," Crane said. "Now they're good and you really see the improvement."

Crane said the next step is building a park around Minute Maid. The Astros are working with the mayor to convert one of the parking lots to a park, but details on exactly where and when have not been nailed down yet.

The Astros are also working with New Hope Housing on relocating its operation. After helping to raise money for a new New Hope location, the Astros purchased the 18K SF Hamilton Street Houses property alongside Minute Maid Park from the nonprofit. Crane said the plan is to knock down the property and fully convert it to premium parking for Astros games.

The redesign of the tract will ease the flow of traffic, allowing attendees an easier exit north with improved access to I-45 and I-69.

The improvements are just two in a long list.

"There's a lot of things that need to be improved, but there's opportunity, so I think it will happen fast," Crane said.